Well, there you have it. The Browns may still have their migraine with the Deshaun Watson situation up in the air, but at least they've gotten rid of the major Baker Mayfield headache. They're shipping him off to Carolina and will never have to see him again.

A movie director couldn't write a script better than this. The Browns would be okay with never playing Baker Mayfield for the rest of his career, and now they have to go see him in Week 1. Can this be flexed to Sunday Night? Browns @ Panthers just went from the least appealing Week 1 matchup to perhaps the most anticipated game of the year. If Baker beats out Sam Darnold for the starting job (which we have to assume he will, right?), he will host the Cleveland Browns in his very first start. And uhh, folks, if Deshaun Watson gets even a 1-game suspension, there's a damn good chance Baker beats us. The Browns roster is better than the Panthers, no doubt. But Baker plays his best with a chip on his shoulder. And he will have a mountain on his shoulder for this one, and the Browns will likely be trotting out the great Jacob Brissett.

Listen, it sucks we play them Week 1. And it really sucks he might beat us. But we had to get rid of him to whoever would take him, even if we had to pay $10.5 million for them to do so....

What a trade for the Panthers. Not only did they only have to give up a conditional 5th in the 2024 draft for their new QB1, they also made the Browns pay $10.5 million AND have Baker take a $3.5 million pay cut. All things considered, I think the Panthers made a pretty good move here. Now they just need to figure out how to smooth over their best WR and their new QB1's relationship. Robbie Anderson wasn't too happy when the Baker to Carolina rumors started…. 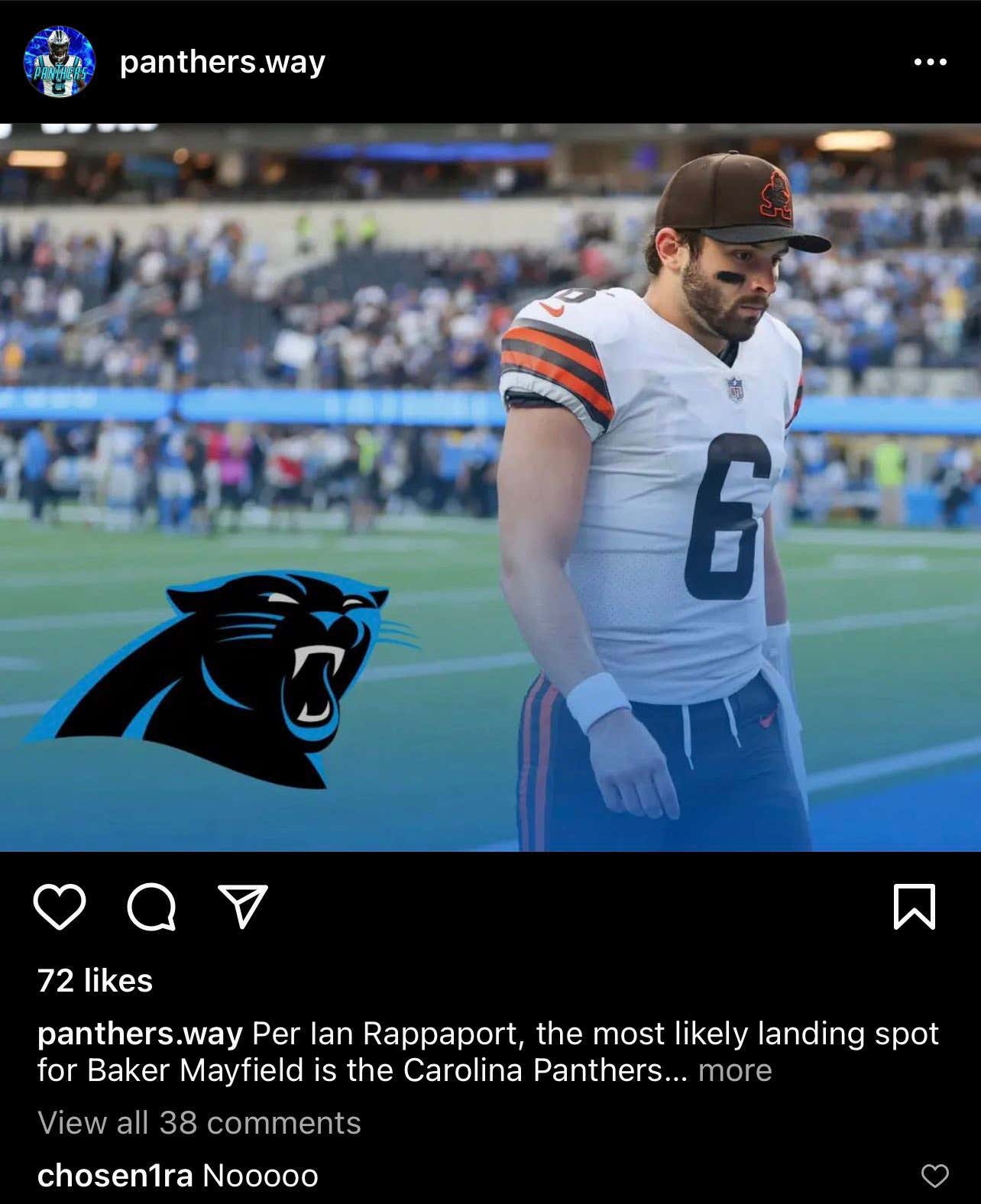 Ahhh, refreshing. Drama will follow Baker wherever he goes, but now it's THEIR drama. Enjoy that one, Carolina. He's your problem now. Well, I guess he's our problem too until Week 1 is over. Please God don't let him beat us….

Then again, I kinda wanna see his post-game press conference if he does.