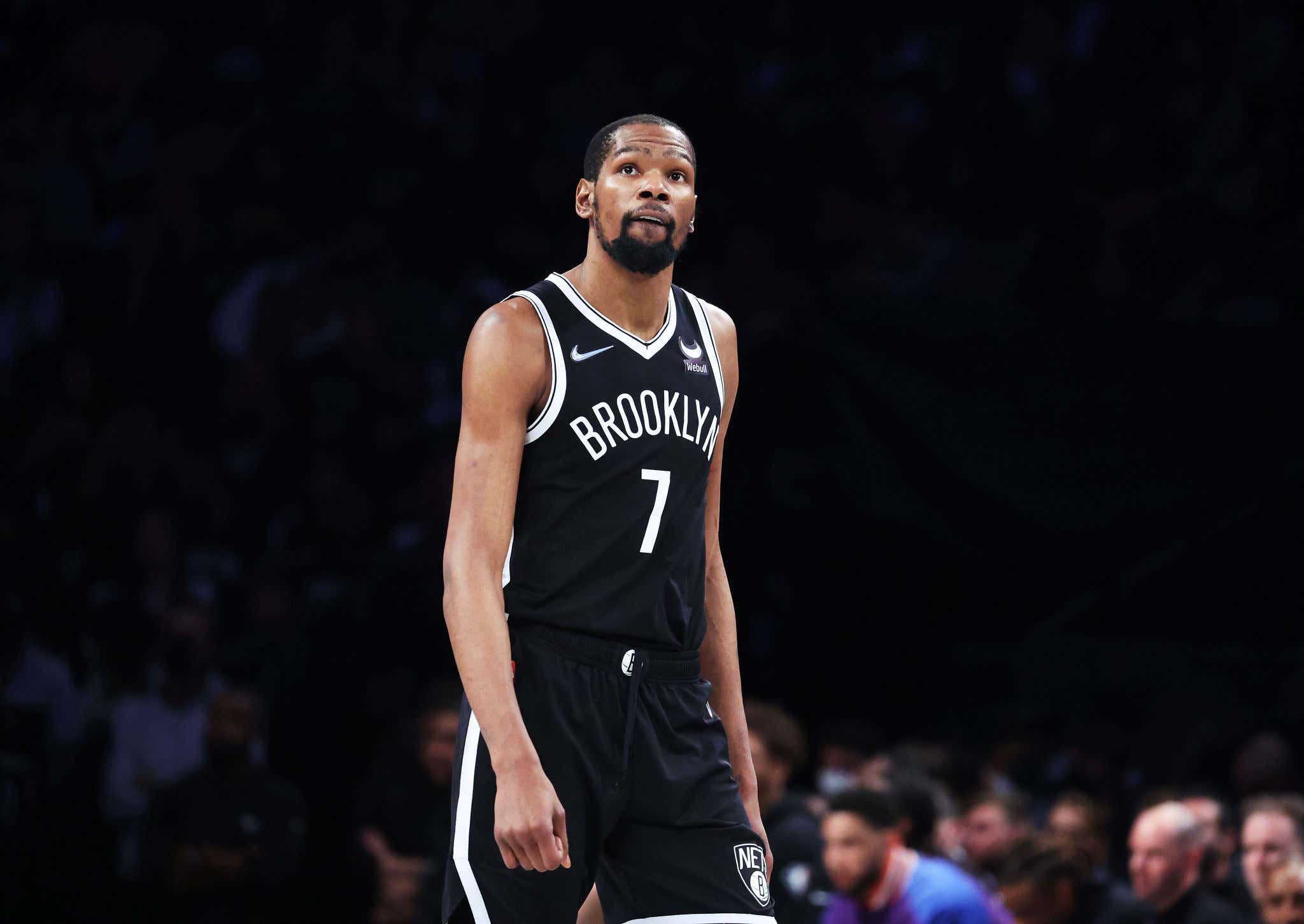 Another day, another opportunity to talk about how Team X should trade for Kevin Durant. It's the biggest domino of the entire summer and only a matter of time before the Nets pull the trigger. That is unless you buy the reports that Sean Marks is prepared to have both Kyrie and KD on his roster all the way until training camp. At this point, who knows what to believe. Do the Nets have to do anything? Nope. Both players are locked into a guaranteed deal. The thing is, we've learned that a 4 year deal may as well be a 1 year deal the second a star player demands a trade. As recent history shows, they usually get what they want.

Because we're in the dog days of the NBA calendar, of course this is a topic everyone is going to be talking about, including every talking head show under the sun. As you can imagine, Skip Bayless had some thoughts on this whole ordeal when it came to where KD should play

Normally I'd say you can ignore this stuff, but because social media never sleeps, something came as a result of that rant.

Notice that response? No, that's not a KD burner, but it is his brother Tony Durant. That's someone who I feel confident in saying has a pretty good idea of what KD's thinking about this whole thing. Telling Skip to basically go to hell isn't all that surprising, pretty much everyone says that. But to hell with the idea of running it back with the Nets? Well, that's the more interesting part.

This whole fiasco is so weird when you really think about it. Since the day KD committed to BKN, haven't they done pretty much everything he's reportedly asked for? From DeAndre Jordan, to the Steve Nash hire, to trading for Harden, to offering him a max extension, what happened that apparently made KD sour on the Nets so quickly? Is it as simple as they played hardball with Kyrie and that was enough for him to say fuck it get me out of here? I find that a little unrealistic, so what is it?

Or, is his brother saying that the Nets shouldn't keep the core together and should just trade Kyrie. If they do that, does KD still want out based on the return? Considering the only trade partner seems to be the Lakers and that would involve Russ, I can't imagine that would have KD all that pumped either. A trio of Westbrook/Simmons/KD is a bizarre basketball fit.

At this point, the Nets are essentially holding the entire NBA hostage right now. Nobody wants to do anything until that trade gets figured out, and if you believe this reported asking price

I'm not sure how this get done anytime soon. Then again, that's just one anonymous GM where unless that's Sean Marks, I guess it doesn't matter.

So what did we learn from all this? Confirmation that nobody likes Skip Bayless and that KD does not see Brooklyn in his future. So basically…..nothing. Around and around we go.