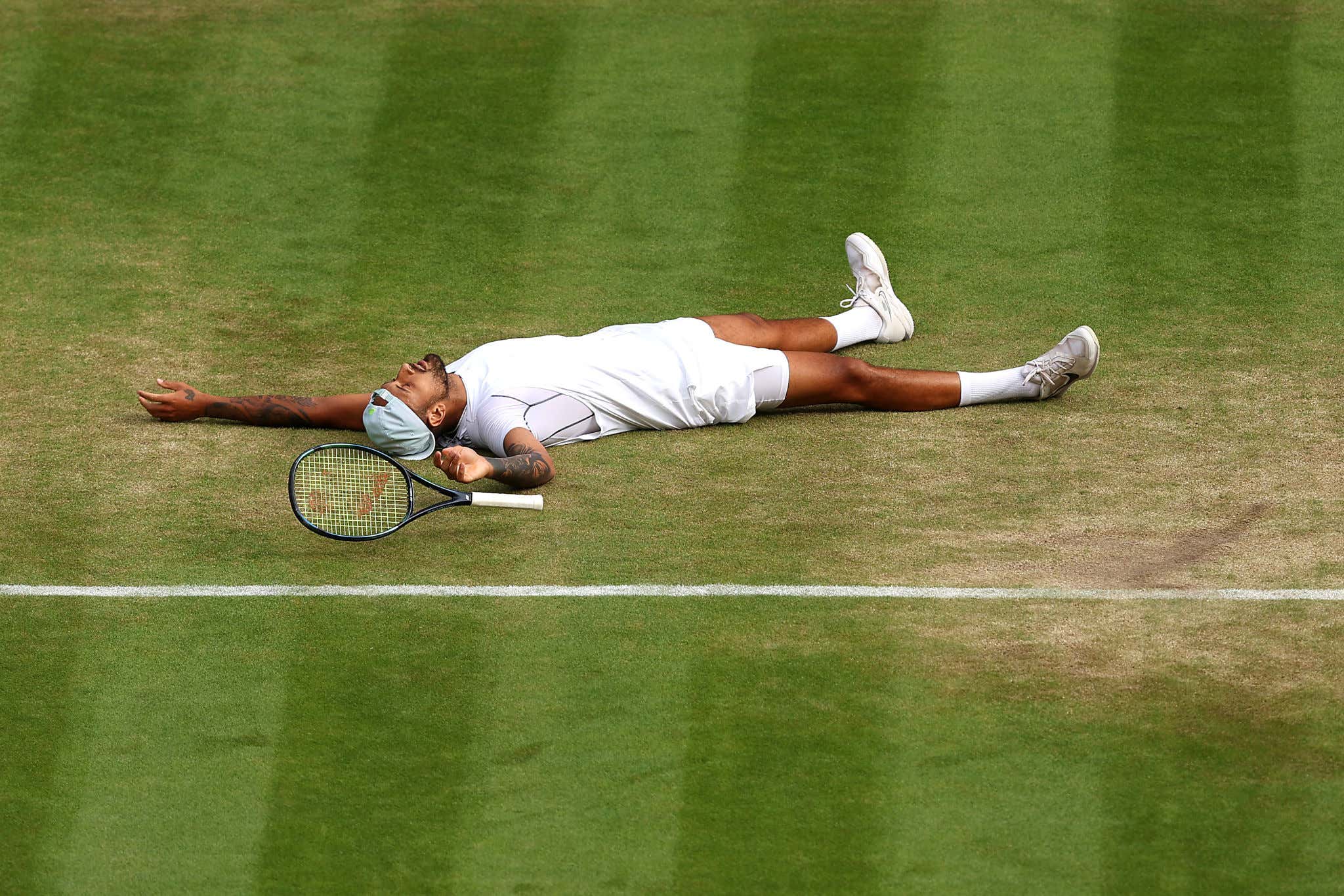 Nick Kyrgios is into the semifinals of Wimbledon. What in the fuck is actually going on here? Listen, Nick always had the talent, but the question was could he ever put together this many matches in a row without going full tilt and losing his cool? Up until this point the thought of him advancing this far was laughable, even to him.

Cristian Garin is not known for his play on grass, but today he brought his "A" game. Yes he lost In straight sets, but if you watched the match he was very much in this right through til the end. Hell, he won the first 9 points of the match and immediately went up a break. His forehand was a weapon today, but in the end Nick's dominant serve and amazing skill got him to the finish line. By Nick's standards he kept his calm for the most part and was able to edge out a dicey tiebreak in the 3rd to win the match.

Skill wise Kyrgios has always been a top 5-10 men's player on grass, always capable of defeating anyone on the other side of the net. This year he's decided to lock in and really give it a go. That's gotten him into the fucking semifinal of the tournament. Next up? The winner of Rafa/Fritz which is going on right now and I suggest you tune into. If he can get by there he's gonna all but likely have Djokovic waiting for him in the finals. My god would that be top tier entertainment on Sunday. I like what Cam Norrie has going for him, but Novak is -1400 in that one, let's be realistic.

P.S. I'd be remiss if I didn't mention the cloud hanging over Nick as of yesterday with news coming out about an upcoming date in court back in Australia.

Not great. Hopefully the courts are able to get to the bottom of what happened there next month.