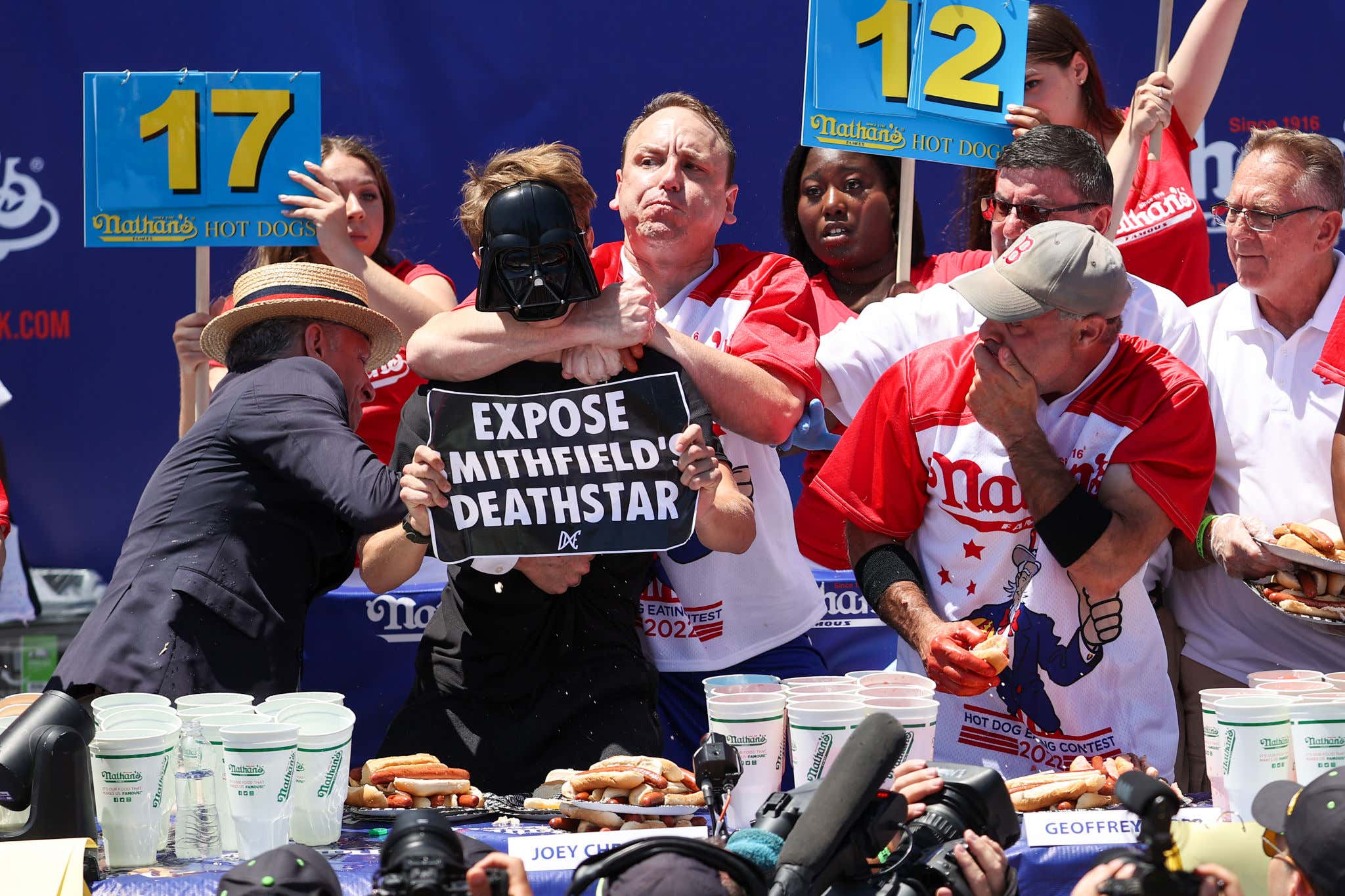 USA Today -- Joey Chestnut expressed regret for briefly putting a protester in a chokehold Monday during the annual Nathan’s Hot Dog Eating Contest – and he also explained his actions during a phone interview with USA TODAY Sports.

“As soon as a I grabbed the guy, I realized he was a kid,’’ Chestnut told USA TODAY Sports on Tuesday. “I felt bad afterwards. I was just amped up, just focused on getting back to eating.

“It’s just unfortunate. I wish that it didn’t happen. It’s a bummer.''

In what world would Joey Jaws be anywhere even close to in the wrong here? How on Earth could this situation ever be considered "unfortunate" aside from the fact that this little twerp's display cost him precious time to devour another 10 or so glizzy's? You know what? I hate this kid even more now for making Joey Chestnut feel bad about trying to snap his neck in half after he tried to derail the most American spectacle of the year.

Never would I advocate for hitting a kid (that's for the lawyers out there), but there are certain punks out there who leave you with no other option. Just the way it is. Kid or not, this person deserved to get locked in a chokehold. Apparently this nuisance to society doesn't have parents with the decency to iron out that behavior beforehand, so now it's up to Joey Chestnut to be the daddy he never had. If anything, Joey Chestnut did this kid a massive favor. Teach him that there are consequences to your actions. So not only did Joey Chestnut win his 15th Nathan's Hot Dog Eating Contest, but he taught a young man a valuable lesson in the process. He shouldn't have to apologize, he shouldn't have to feel bad. He deserves even more praise and accolades thrown his way. America's Father Figure. The Glizzy Gladiator.