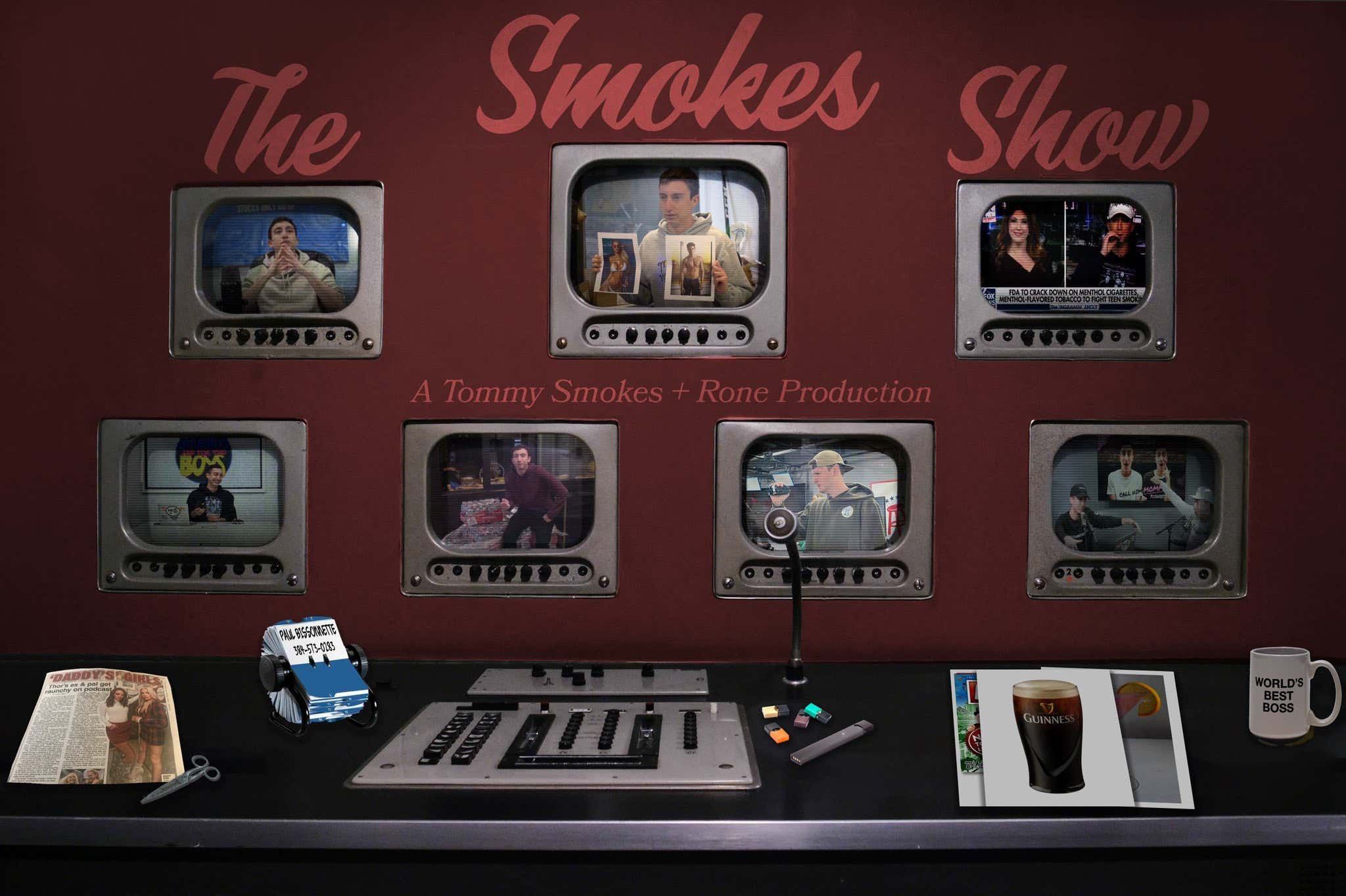 As we're in the midst of our Fourth Of July break, now is a great time to catch up on any content you may have missed. So if you haven't seen The Smokes Show, I am kindly requesting that you give it an old binge. It is a series I started this year with Rone that takes you around the Barstool office, my life, New York City, and maybe even the whole world one day. I had been wanting to do a longer form, more consistent series for awhile now. I like doing creative storytelling and acting and narrative arcs and all that jazz, and this has given me the opportunity to do that. Rone has been a fantastic director/producer/friend/platonic life partner in guiding me through it. We're only 7 episodes in so there's obviously still a lot of work to be done, but I am excited to continue working on it and deliver more new episodes throughout the rest of the year and beyond. Maybe one day we can even make a movie. Anyway, hope you enjoy.

With Dave in Miami and more people working remote, the Barstool office was falling apart. We needed a leader to step in and establish some law and order around HQ. Luckily, I knew just the man for the job. Me.

Barstool HQ was in a massive water drought. There had been no water shipment in months and people were going thirsty, nearly on the brink of death. So I stepped up and provided for the people.

Episode 3: I Made A Groundbreaking Discovery. Pat And Joey Might Be Gay.

I had been getting the feeling that Pat and Joey might be gay. A lot of signs seemed to be pointing that way. And as a (straight) ally of the LGBTQ community, I wanted to get to the bottom of it and encourage them to be open about their sexuality. I am straight though to be clear.

Episode 4: I Pranked The Barstool Office But May Have Gone Too Far

For some, April Fools' is just a day. But for me, it's a lifestyle. As the office prankster, I started a week full of pranks. But after Kate started to compete with me, I was pushed over the edge and went a bit too far trying to win this prank war.

Episode 5: I Survived A Near Death Experience And Have A Whole New Outlook On Life

A few months ago, I basically almost died. It was as close to a near-death experience as I've ever had. And when you're on the brink of death like I was, it makes you re-evaluate your life. Ever since, I've been a totally changed person.

Episode 6: I Am At War With Glenny Balls Over Smokeshow Content

With the launch of "Only Stans" Glenny Balls has taken over smokeshow content at Barstool. But since I am the original smokeshow guy, I decided I'd start using these broads for clicks too and reclaim my throne as the king of smokeshows content.

Episode 7: I Threw The Party Of The Century With Dave Portnoy, Josh Richards, Sal Vulcano, And More

In honor of National Best Friends Day, I decided to throw the party of the century and invite celebrity guests like Dave Portnoy, Josh Richards, Sal Vulcano and more. A bunch of people from the Barstool office showed up and and I think it's safe to say that I delivered on my promise, throwing the most epic party since Project X.

Our next episode should be out next week and it's the first roadshow. Rone and I headed out to the Midwest in an effort to spread my brand.