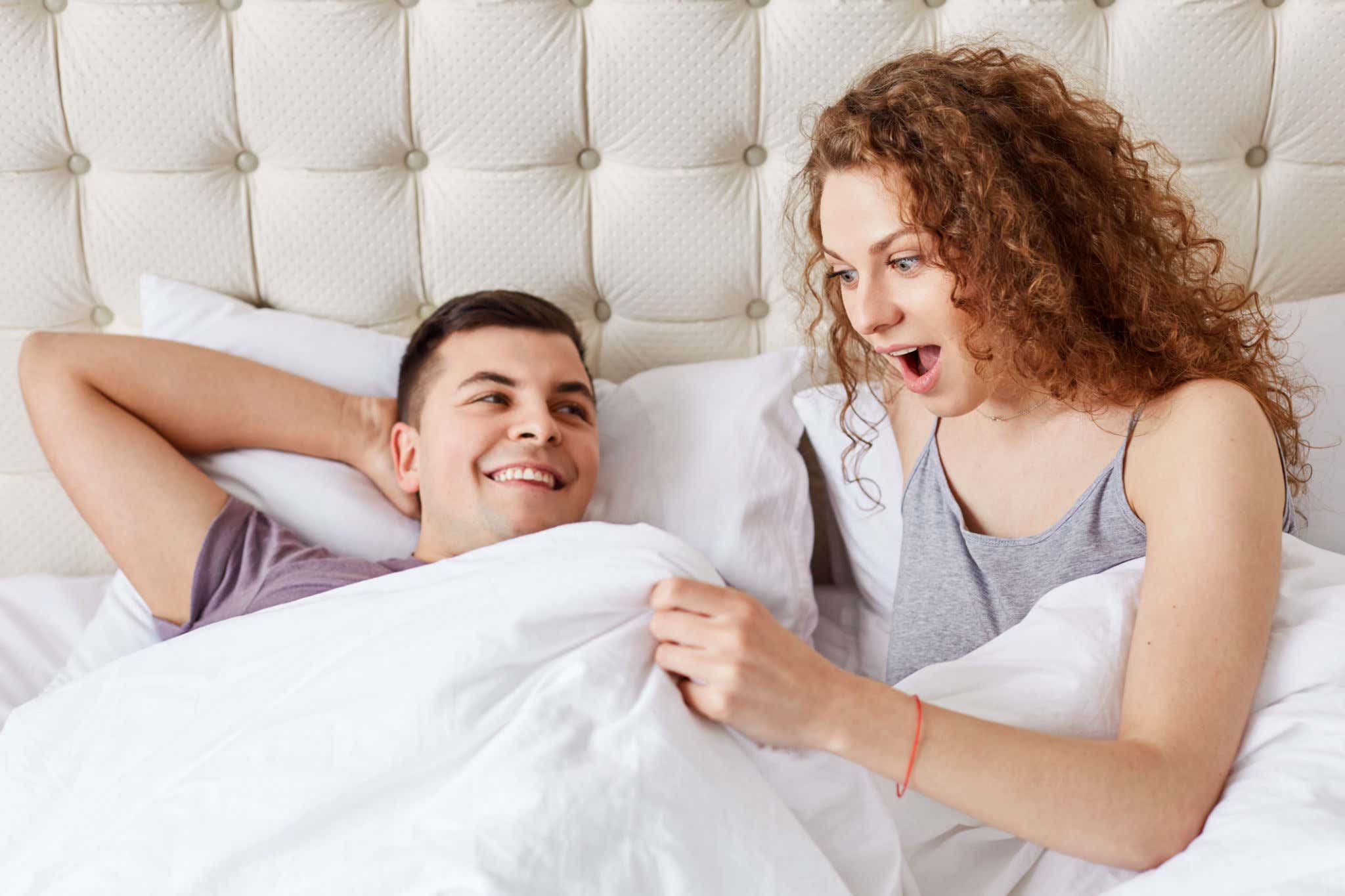 Sure, life as a man with an unusually large penis might seem all fun and hilarious in stock photos like this one. All pleasant surprises for the sexual partner who somehow climbed into bed with you while you're both fully clothed, and satisfied smirks as you deliver the big reveal.

But apparently the reality is far different. More and more we're finding out that being well endowed is no box of chocolates. Take for example, the actor who plays amphibious, interspecies-curious, fishesexual superhero The Deep on The Boys:

It's got to be hard enough to land a good role in Hollywood without the producers having to increase the special effects budget just to CGI away your massive dong. And Crawford is just the latest, most high-profile example of this insidious form of body-shaming. There are many more such stories. And finally someone has made a commitment to shed light on this societal problem:

Source - UK producers are scouting for well-endowed fellas, issuing a casting call for men with preternaturally large penises for a forthcoming documentary.

“We’d like to speak to people about their positive and negative experiences of having a large penis, or being with someone who has one,” reads the casting call, which was posted online by Spun Gold, the producers of the documentary “Too Large To Love.”

This bold new British series will reveal the oft-harsh realities of living with a titanic tallywacker.

“A recent survey found that nearly half of the male population wish they had a bigger penis. So, a bigger penis, a better life, right? Well, not always,” the jumbo johnson appeal read. “A brand new documentary is to discuss the hidden problems of living with a very large penis, how it affects all aspects of life including your sex life, and what help is out there for those in need.” …

Indeed having mammoth manhood apparently isn’t all its cracked up to be. According to Men’s Health, having a supersized schlong comes with a host of disadvantages, from not being able to find condoms that fit to injuring one’s partner during sex.

Now, a cynical man with an average wang might ask why anyone would watch this. Maybe compare it to someone who can't pay their bills watching some Real Housewives complain about their lives. Or someone struggling to keep the family farm in business watching Paris and Nicole bitch about getting their nails dirty in The Simple Life. But it's important that all of us listen to the stories of these men who are cursed with impressive,  sexually desirable John Thomases, and empathize with their struggles. Sure, many women will be curious, and getting all the sex they want is probably no challenge. Even if a guy looks like death warmed over and has zero charisma, once word gets out that he's packing a Baby's Arm Holding an Apple, finding a willing partner has to be like fishing with dynamite. But are they truly happy?

Apparently not. And they need our help. Which starts with listening. So to all you men I've envied since puberty - the ones who I said I'd be like if ever I was given three wishes - but who find themselves "Too Big to Love," we below-average males will be there, hearing your stories, and offering you our sympathy and our support.

Unless you're only going on this show to brag about how huge you are. Which is exactly what I'd do if I was in your shoes.