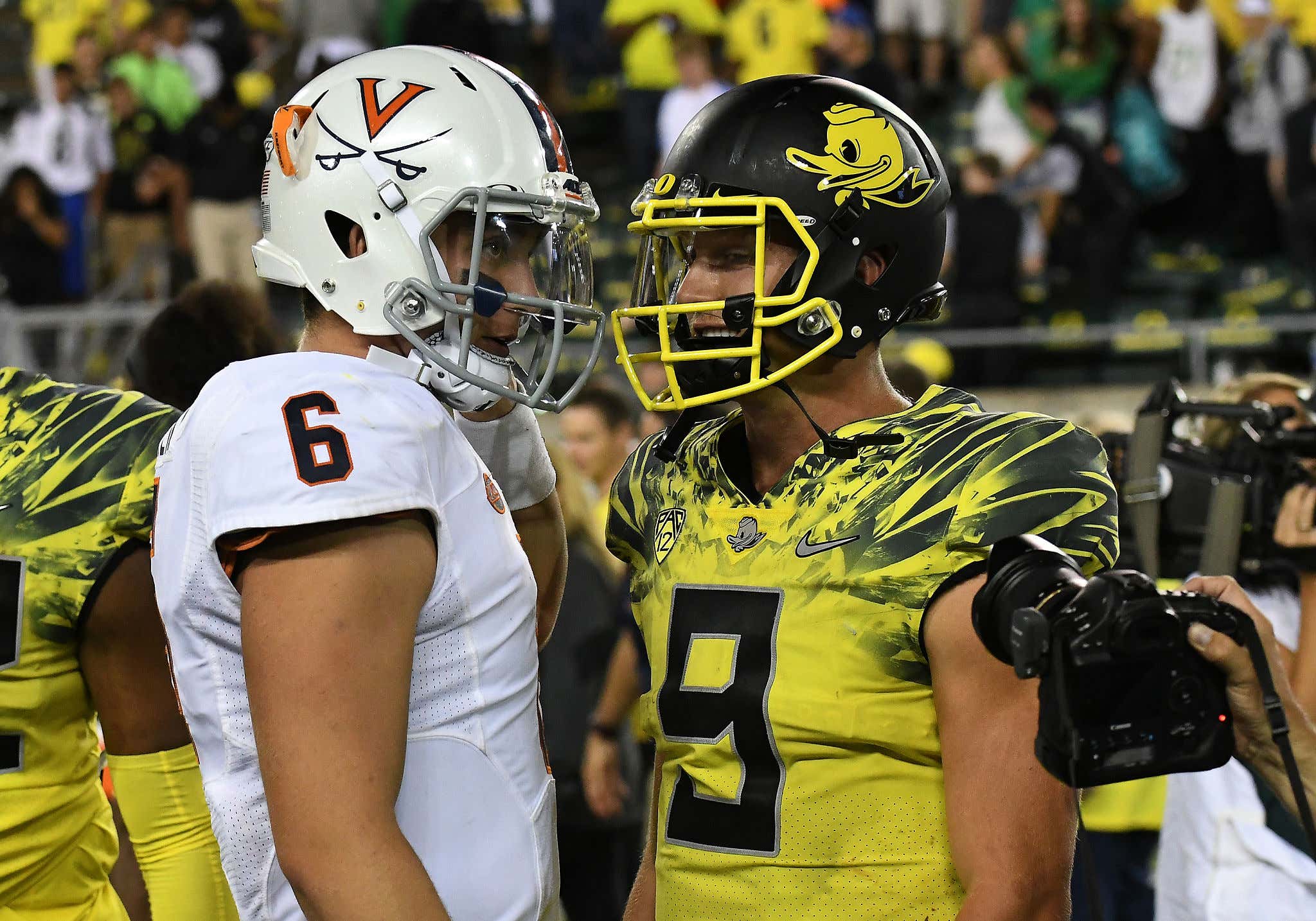 [Source] - The ACC and Pac-12 have discussed what has been termed a "loose partnership" that could end the season with the conferences playing a "championship game" in Las Vegas, sources confirm to CBS Sports.

The concept, believed to have been proposed by the ACC, is seen as a way for the conferences' common rightsholder, ESPN, to increase the value of their current media rights contracts.

It's not likely this proposal would have much impact considering ESPN has cost certainty with the ACC in a contract that lasts through 2036. The Pac-12 is trying to survive after the loss of USC and UCLA to the Big Ten in 2024. Rights for Pac-12 teams without the California powers are now worth about $30 million annually, down from approximately $42 million per program with the Trojans and Bruins in the fold.

Let's get right to the point here. I understand the Pac-12 is desperate. I understand they are trying to do anything and everything to stay as a conference and make some money. People have talked about how they could even go the Big East route and just be a basketball conference. But this? This is laugh out loud funny.

The moment the SEC decides to expand again with these major conferences happening, the ACC is going to get picked over. Miami, Florida State, Clemson and someone else (Va. Tech, UNC) to the SEC. It almost seems like a guarantee at this point because of the way expansion is going. But this is about the Alliance.

10ish months ago the Pac-12, Big 10 and ACC created an alliance to combat the SEC after they grabbed Oklahoma and Texas. Since then the Big 10 straight up stole the Pac-12. Great Alliance! It's a nice reminder that outside of like World War I and World War II Alliances don't win or work. They crumble. They stab each other in the back. This is the case once they all realize money is involved and it's survival of the fittest.

So now you're telling me the Pac-12 and ACC are going yep! This is different this time! No, it's not. Learn from getting dumped via text while you're in Vegas and she moves out before you get home.

And, yes, I'm fully aware that this is an attempt for TV revenue. But, the ACC currently doesn't need it. They have the deal with ESPN. The Pac-12's deal ends in 2024. Slightly different here. Then there's the report that the Big 12 is going to snag 4-6 Pac-12 teams. Does the ACC really want a 'championship' game with Washington State? I don't think so.

Remember when people thought NIL was going to kill college sports? Nope. It was always the leaders trying to get more money and TV revenue. Let's use our brains, send Maryland back to the ACC, Texas, A&M, Oklahoma, Mizzou, Nebraska and Colorado back to the Big 12, bring back the old Big East.