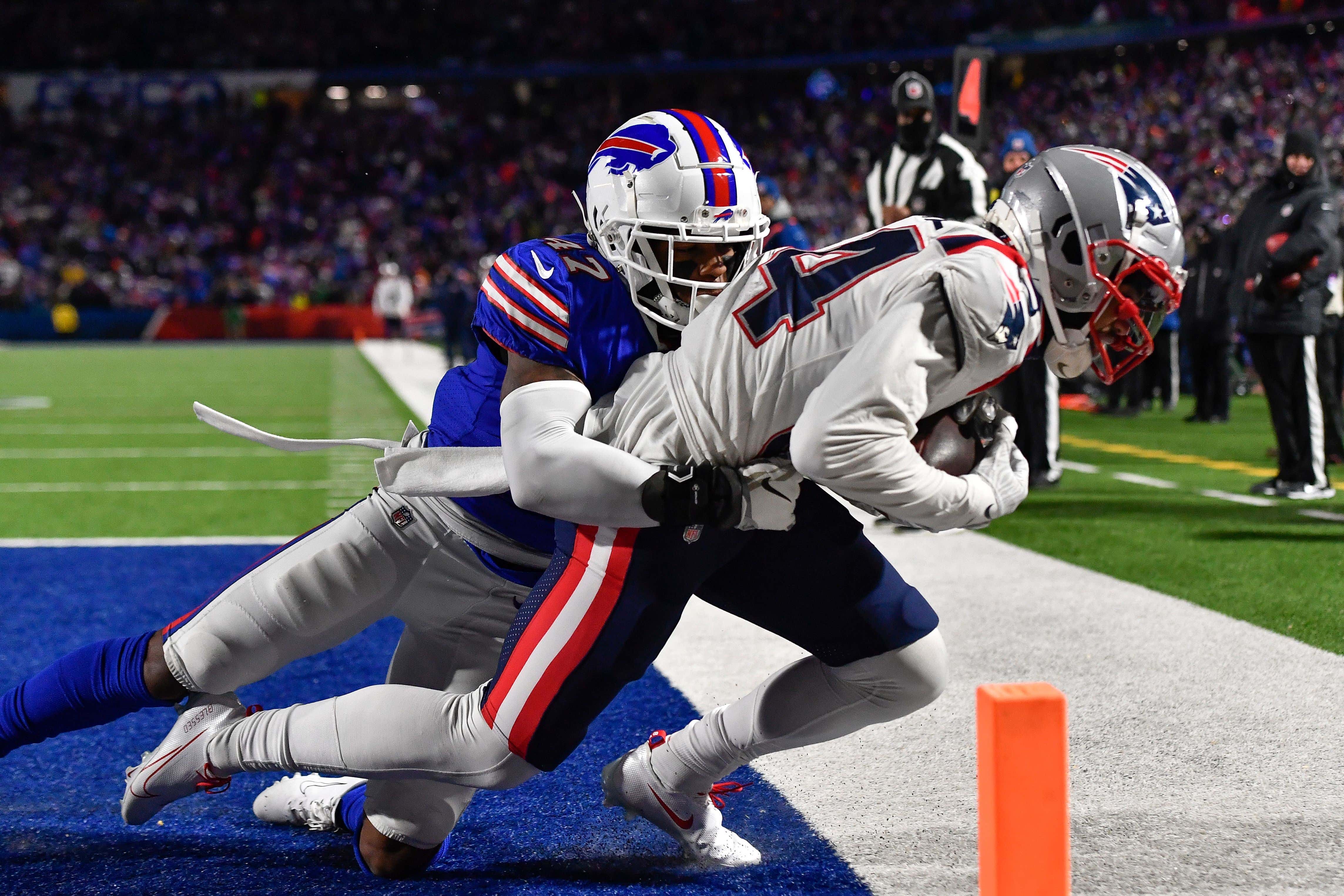 Traditionally, the early part of July is List Season in NFL media. And with good reason, since aside from the occasional scandal or legal proceeding, there's not much in the way of news being generated. So ESPN+ is weighing in on their list of "The Most Underrated Player on All 32 Teams" (paywall), using data from Football Outsiders.

As lists go, this is a category that can be particularly tricky since the term "underrated" is by it's nature impossible to quantify. It's pure opinion, which means putting a subjective hat on a subjective hat. Which is why this list includes household names like Jimmy Garoppolo and Tua Tagovailoa. Neither of whom is my concern; it just speaks to the difficulty of arguing this topic. It's where they get to the Patriots that this becomes my business. And I happen to like their choice of Kendrick Bourne:

With a career high of 74 targets, Bourne has fallen well short of the 100-catch and 1,000-yard benchmarks that earn receivers the most attention. But not even Cooper Kupp or Davante Adams could match Bourne for efficiency last season.

The Patriots receiver led his position (minimum 50 targets) with a 30.1% receiving DVOA. And he ranked in the top 12 at the position with both a 7.0 receiving plus/minus — which estimates that he caught seven more passes than an average receiver with his distribution of targets — and 7.0 average yards after the catch.

Now bear in mind, Bourne signed with New England for three years and $15 million. Which explains why Pro Football Focus last week included him on a list of their own, "Every AFC Team's Best Contract" (also a paywall):

Bourne was simply a slam-dunk signing in the 2021 offseason … Bourne set career highs across the board in 2021: a 75.2 receiving grade, a 3.5% drop rate, 1.99 yards per route run, 7.2 yards after the catch per reception and 55 receptions for 800 yards. The Patriots will deploy a committee approach at wide receiver, something they’re very familiar and comfortable with, but Bourne has carved out a significant role and good chemistry with quarterback Mac Jones.

Good chemistry with Mac Jones like this, for instance:

Diving into Bourne's debut season in Foxboro, it was not only good by the standard of his career, but when compared to the rest of the receivers in the league. Albeit, on his somewhat limited targets. The ball came his way just 75 times in Josh McDaniels run/throw balanced attack, one which relied primarily on tight ends, backs, and slot receivers. And among wideouts with 75+ targets, Bourne ranked:

All this with a new team. A rookie quarterback who didn't start practicing with the first team until he won the starter's job at the end of training camp. And while adjusting to a system that has been notorious over the years for confounding successful veterans from Joey Galloway to Doug Gabriel to Reggie Wayne, who noped out of Pats camp after just a few days. But Bourne managed to assimilate into Bill Belichick's Borg collective and produce any time they looked to him.

As far as the "underrated" aspect of the argument goes, I think it speaks for itself. No one last year was arguing Jones had a ton to work with last season. On the contrary, receiver was largely considered one of - if not the - top priorities going into this offseason. The best you'd hear about Bourne is that he was a nice value pick up, but not much more. Certainly no one was making a huge hairy deal about a 140.9 passer rating or the fact he found the endzone on practically 10% of his targets.

One could have a reasonable expectation that this year will be even more productive for him. The team has eliminated the fullback position, meaning more wideouts on the field and therefore more opportunities. Jones and he have been practically conjoined twins this offseason. And he's proven not only that he can work outside the numbers, but inside as well:

So is he underrated? Absolutely. And in the best case scenario, he'll keep on being underrated by everybody, except his coaches and teammates. Looking at these numbers, he shouldn't get that treatment from you or me.