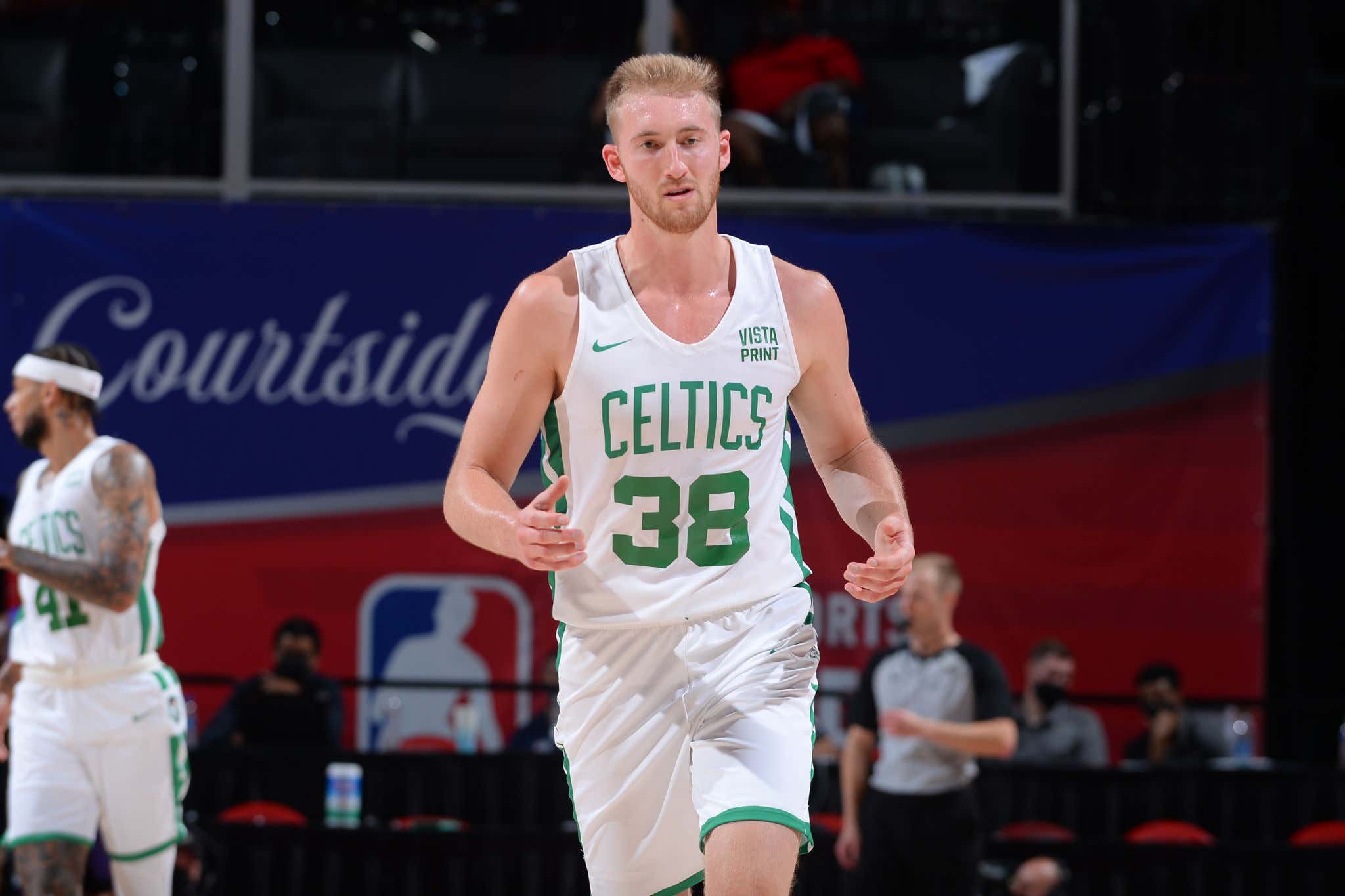 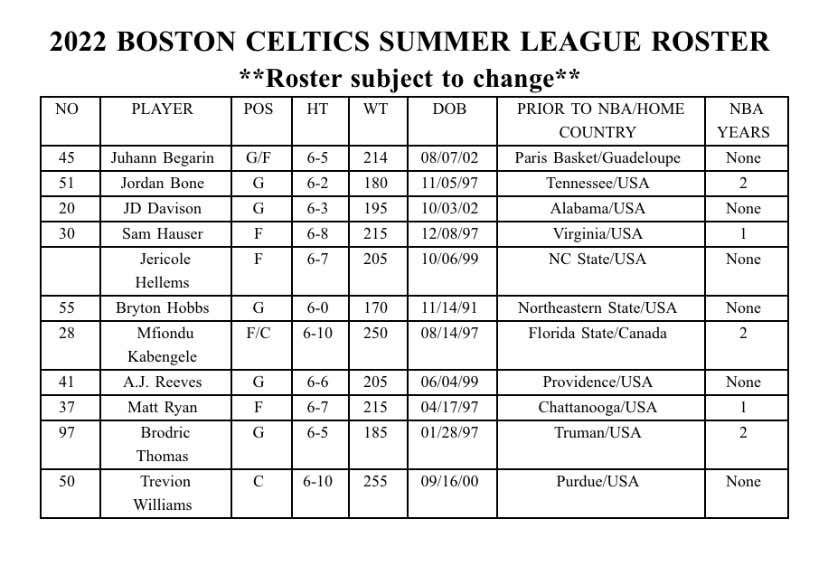 Ah yes, Summer League. One of the best yearly traditions on the NBA Calendar. If I've said it once I've said it a thousand times. If you've never been to Vegas for this thing, put it on your list. It's amazing. Each year it gets bigger and bigger, it's the perfect thing to help scratch your basketball itch as we make our way through the summer, and the amount of hope and dreams you can inject into your veins will do tremendous things to your brain.

It's also important to remember the #1 rule of Summer League. If you see something good, that immediately is going to translate to the regular season. If you see something bad, your job is to ignore it and not put any stock into it because these are fake games. As long as you do that, you're in for one hell of a week.

Maybe your favorite team had a high lottery pick this summer and it's the first chance you'll get to see that guy play. For example, do you know how pumped Kings fans probably are right now after Keegan Murray's Summer League debut over the weekend?

Maybe your favorite team has some international guys you're interested in seeing the development of. Essentially, Summer League is for everyone no matter what your team's situation is in. It's a time to get overly excited, and as someone who just enjoys watched any type of basketball I can get my eyeballs on, the week in Vegas checks every box.

Which brings me to one of my oldest loves, the Summer Celts. We've been through a lot together over the years. It's where we first got to see Marcus Smart's chasedown block ability. It's where we first saw Jaylen's athleticism. Shit, I remember when Tatum vs Kuzma sold out the 18,000 seat Thomas & Mack Center (Tatum had 27/11, Kuzma 31). All the Tacko blocks, Carsen Edwards becoming the greatest scorer on the planet only to immediately forget his powers, Payton Pritchard averaging what felt close to 40 a night. This Romeo dunk

The joy of the Summer Celts kicking the shit out of everyone all week just to lose in the Finals (Pritchard went 3-9, 0-6) which now looking back feels very eerie and frankly something I don't particularly care for.

Now that the roster is set, there are a few things to note. First, it's nice to see Payton has officially graduated from needing to play Summer League. It's unusual Year 3 guys play unless things are a disaster, but I'm going to miss how dominant he was. He looked like prime Steve Nash last summer it was wild. It's also a bummer there will be no #YamWatch this year either. It stinks I won't be able to watch my Chosen brother, because I'm so curious about his development overseas. But the good news is looking up and down that roster there are a lot of intriguing players/reasons to be excited for what's to come.

For starters, I'm ready to see Sam Hauser's expanded role. Coming off a new contract, the Celts have made it pretty clear they expect him to be part of the rotation this upcoming season, mostly because the man does not know how to miss

I want to see how his defense/quickness looks. Obviously the Summer League is about 1,000 levels below the actual NBA, but I'm just looking for signs of improvement in this department. The hope would be if he looks good, it's more because he actually is good and not another Aaron Nesmith situation where he only dominates because it's fake basketball games. All I want to see is that silky smooth jumper and some forward progress on defense.

Then there's Juhann. As of this moment, I am most excited to see Juhann.

Last summer we saw this super athletic defensive minded wing show legit promise. He was just raw as shit as a basketball player. Now a year later, I want to see how that jumper looks. Does he feel more comfortable and look more well rounded? Listen, as of now there is a potential spot for a deep bench reserve wing on this roster. Preferably one that's cheap. I think it's a long shot for Juhann and that Brad will want him to continue to get reps overseas, but a strong summer showing could change his mind. I should note that I most definitely have a soft spot for these type of wings, but Juhann also rules so it's justified.

Half the fun of Summer League is seeing your young prospects do awesome shit, kind of like that Romeo dunk. The leader in the clubhouse for me right now in terms of who I am expecting to do awesome shit like that is easily JD Davison

I can't wait to see the athleticism, but I'm also interested in seeing how he adapts to the ball pressure/PG duties. All we heard on draft night was that he was a turnover machine, mostly because he was a turnover machine at Alabama. I've been to a lot of these things over the years and JD fits the exact profile of someone who can be a Summer League star. Huge dunks, more athletic than everyone else on the floor, while also making some boneheaded plays that make you wonder if he's ever played basketball before. It's the perfect combination for an incredible week.

Since I think Juhann probably goes overseas, if you want to talk about a potential roster spot, can we talk about a position of need and someone who might actually fill it? I was told Brad brought in the best rebounding and passing big man of the entire draft when he snagged Trevion Williams for this team.

As it stands now, there is a glaring hole for a reserve big man on this roster. What the hell happened with Thomas Bryant? I thought it was down to the Lakers and Celts, and that was a week ago. Anyway, it took me about 2 minutes of watching his highlights to already get the blood flowing to regions we don't talk about. I can't wait to see this vision in person. Defensively I've been told it's a disaster so I'll be looking at that too, but the passing looks special and really that's all I want from a young project.

The list goes on too. I'm excited to see local guy AJ Reeves do his thing. I am very excited for Jordan Bone simply because Bone Zone plays. I can see us all having fun with that one. But most importantly I'm just excited that this means we're one step closer to October. This upcoming week in Vegas is the perfect appetizer to get us all ready for what's to come in just a few more months. Most people say all this shit doesn't matter. Those people are losers, you don't need to listen to them, I assure you.

Let the Summer League hype run through your veins. Allow yourself to buy in. In just 4 days the Celts will be back in our lives playing actual fake basketball, and that should be enough to get anyone excited. Now, as we do every single summer, we must start off with the Summer League Crush standings. These are subject to change after every game and it's pretty simple. I listen to my heart. It doesn't have to make sense, you may not agree, but the heart wants what the heart wants. So here's where we stand for 2022