Here’s a pretty hilarious clip from last night where it appears Nate Diaz smacked one of the Nelk Boys backstage at UFC 276 over some old tweets of his.

I’ve got no idea if this is staged or not, because I think Nate’s generally pretty friendly with the Nelk guys (and security didn’t do a damn thing about it) but Nate Diaz gives someone a Stockton slap and I’m gonna blog about it - real or not. Maybe he’s just trying to get fired from the UFC to get outta his contract and just plans on slapping every reporter he sees.

We also had a confrontation between Dustin Poirier and Michael Chandler in the crowd last night as captured by Gilbert Burns….

They’ve been going back and forth on social media since Michael Chandler named Poirier in his callout at UFC 274, and I guess it came to a head here. That’s a fight I’d love to see.

I love the idea of Burns taking that video and giggling about it, too…. 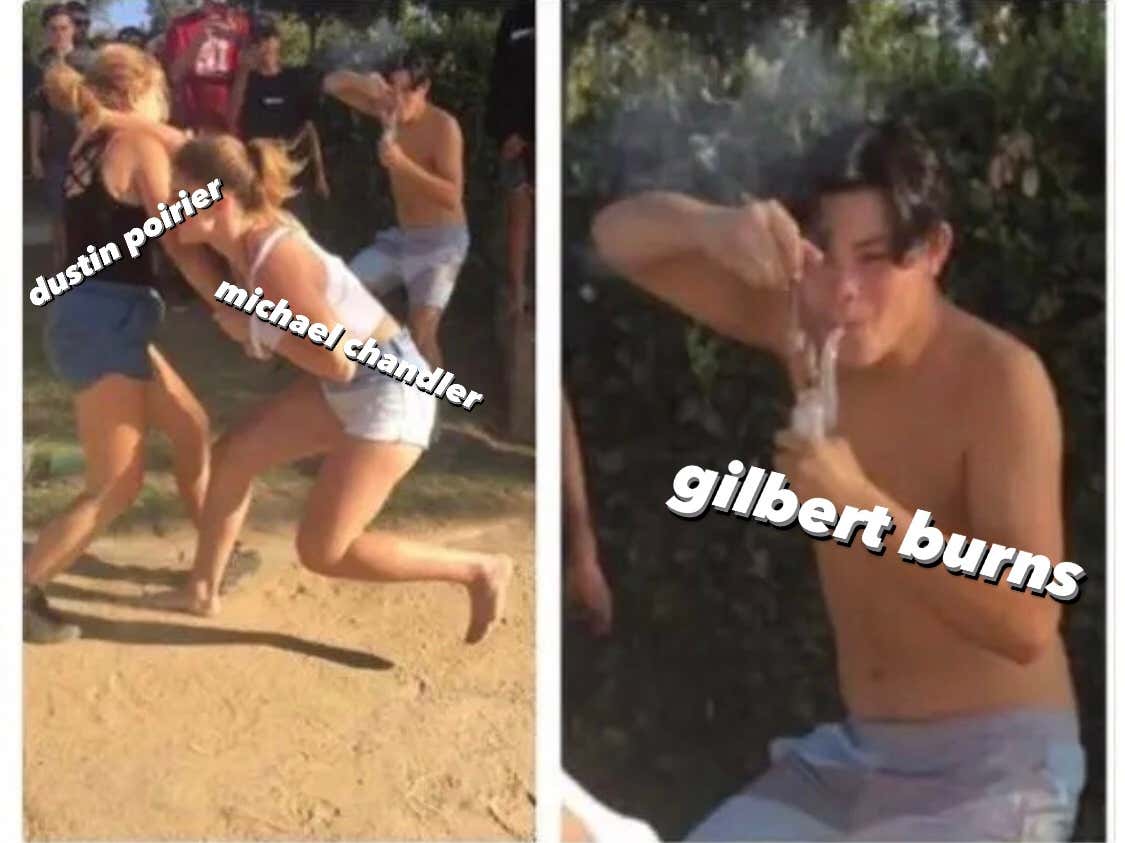 Henry Cejudo tried to start something with Sean O’Malley while he was doing media backstage, as well, but it was just more awkward than anything….

P.S. I blogged this on my phone from the beach. Happy 4th of July mothafuckas!