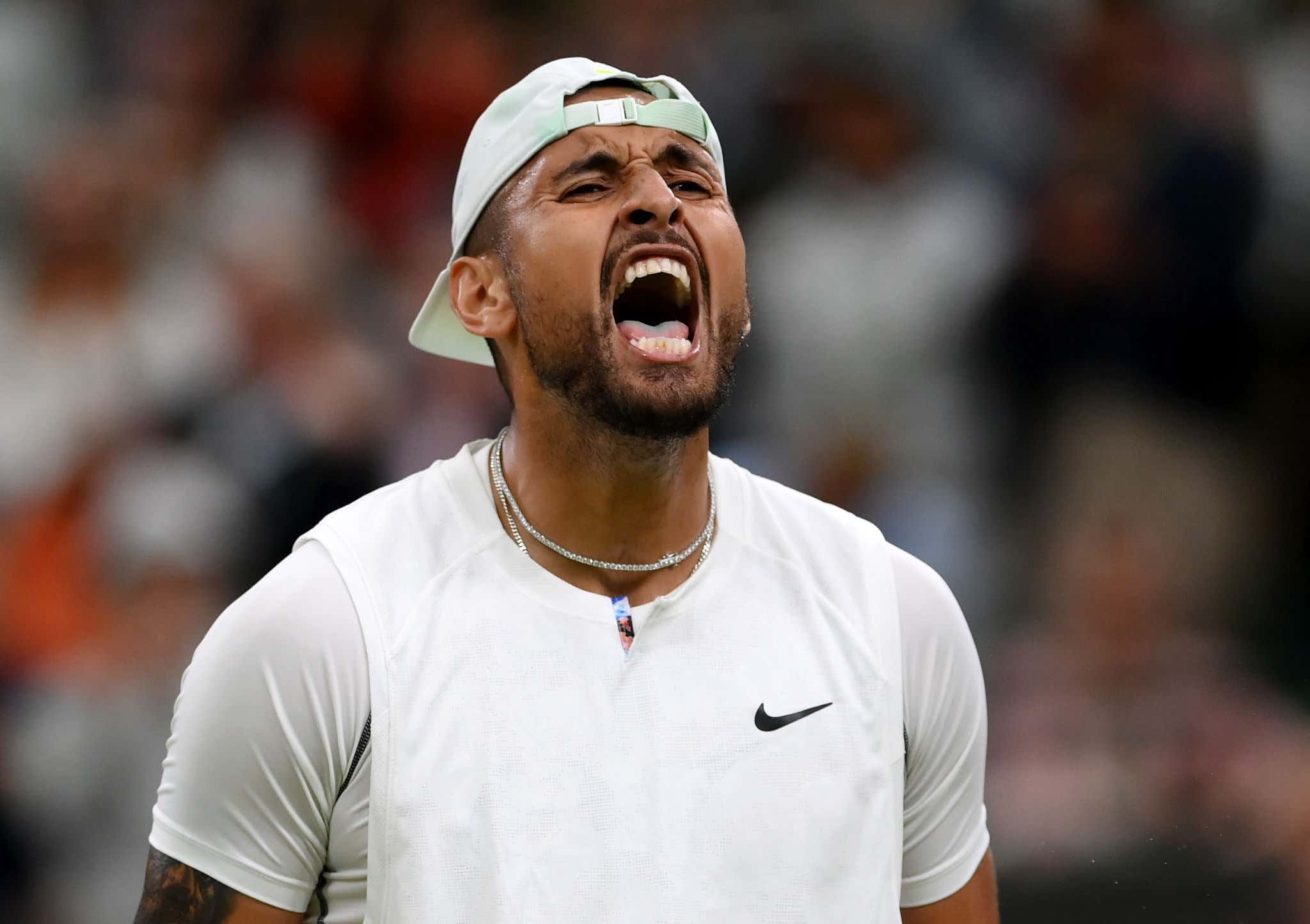 I continue to say it on this forum and get laughed at, but Nick Kyrgios playing like this is about as must watch as it gets for a pro athlete. If he cares and is locked in at a major, you best be watching. Today he came into his 3rd round match against top 5 player Stefanos Tsitsipas with all the eyes on him. With the field missing some big names some think this is finallly Nick’s chance to make a run at a singles slam. He just might be doing it and it’s awesome to watch. If you don’t like Nick get lost, he’s continuous box office entertainment and the best thing for the sport’s eyeballs.

This match had a lot, and forgive me if I miss a few things I’m doing this just off memory as I sit at a bar here on my phone, but I felt it necessary to get this match on the blog.

Nick Kyrgios tried his very best to get inside Stef’s head and he succeeded in amazing fashion. In the first set you could hear Nick talking to his team every point, even in between Tsitsipas’ serves. He even dropped in a tweener under arm serve to try and rattle him.

Despite dropping the first set tiebreak, Nick was playing well enough to win this match if he could get the Greek off his game. Towards the end of the second he broke the world no. 5 and leveled the match. What followed was the beginning of the end for Tsistipas.

(The mobile blogging version of the blog is going complete hayw

Nick argued with the umpire for quite a while trying to get Stef DQ’d from the match.

I mean you can’t fire the ball into the stands like that at fan. He wasn’t wrong here.

Nick argued with the umpire for quite a while trying to get Stef DQ’d from the match. I mean you can’t fire the ball into the stands like that at fan. He wasn’t wrong here.

From that point on Tsitsipas was rattled. He fired the ball at Nick multiple times to the point I thought we might get the two throwing hands.

Believe it or not these two are pretty good pals off the court so it was odd to see the hostility. This point in a grand slam you’re gonna be aggravated if things don’t go your way.

The thing with Nick though is if he’s on the other side of this chaos he’s going to thrive. Nick being the pseudo hero in a match when chaos is ensuing is dangerous. You almost have no shot to beat him.

There was a minor blip on the radar where Nick took an awkward tumble and appeared to tweak his hip. He recovered enough to break Stef and win the match. Insane after all that drama that ESPN cut away from their post match handshake. It ended up being nothing but that was piss poor producer work from the world wide leader.

That’s all you can ask for in terms of entertainment in a tennis match. Seeing all of Twitter talking about this march was pure bliss. 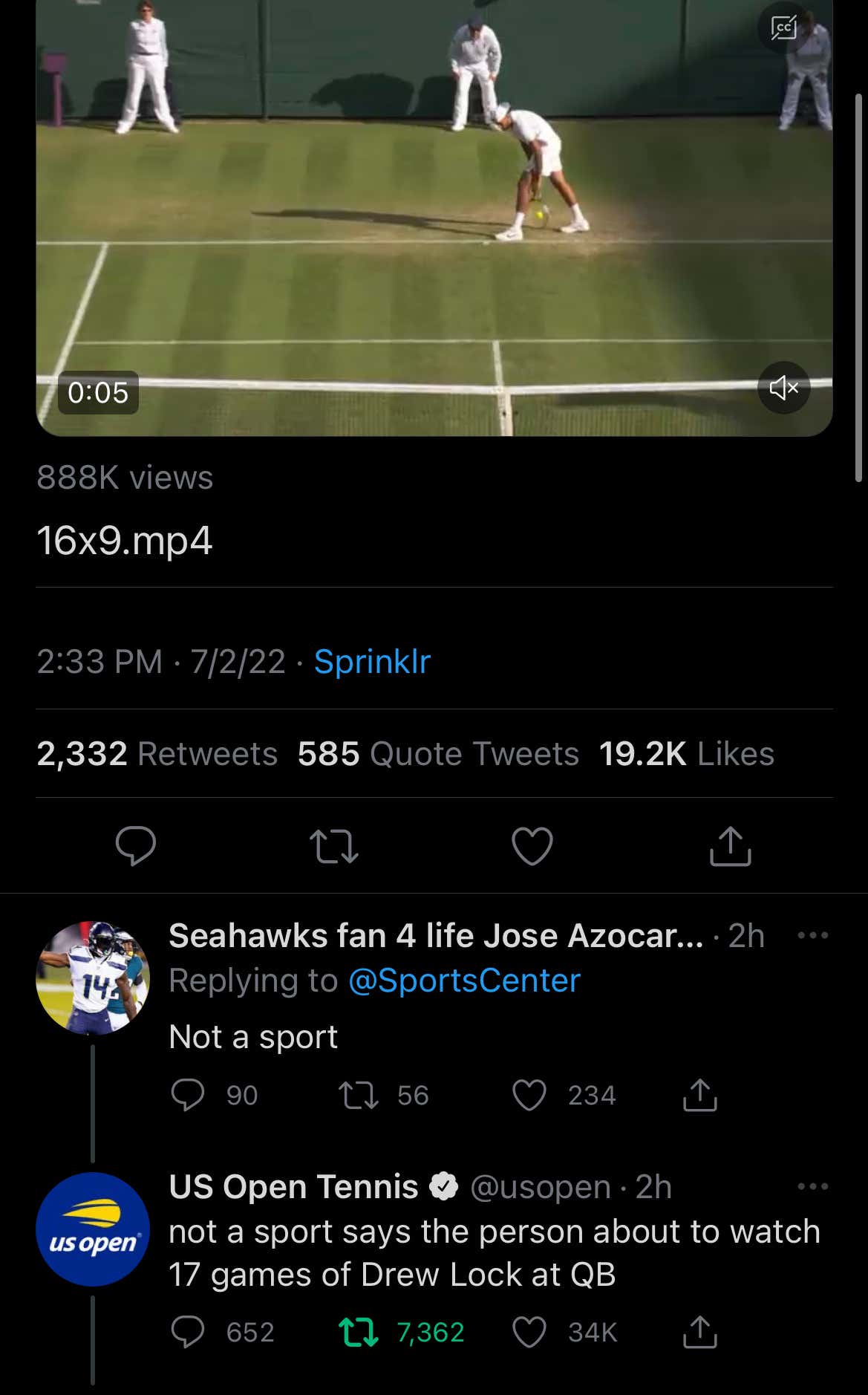 Here’s what we’re looking forward to as we enter the 2nd week of Wimbledon.

Four Americans! Nick with a serious shot to get to the semis vs. Rafa. An Alcaraz Djokovic matchup on the horizon. Buckle up.