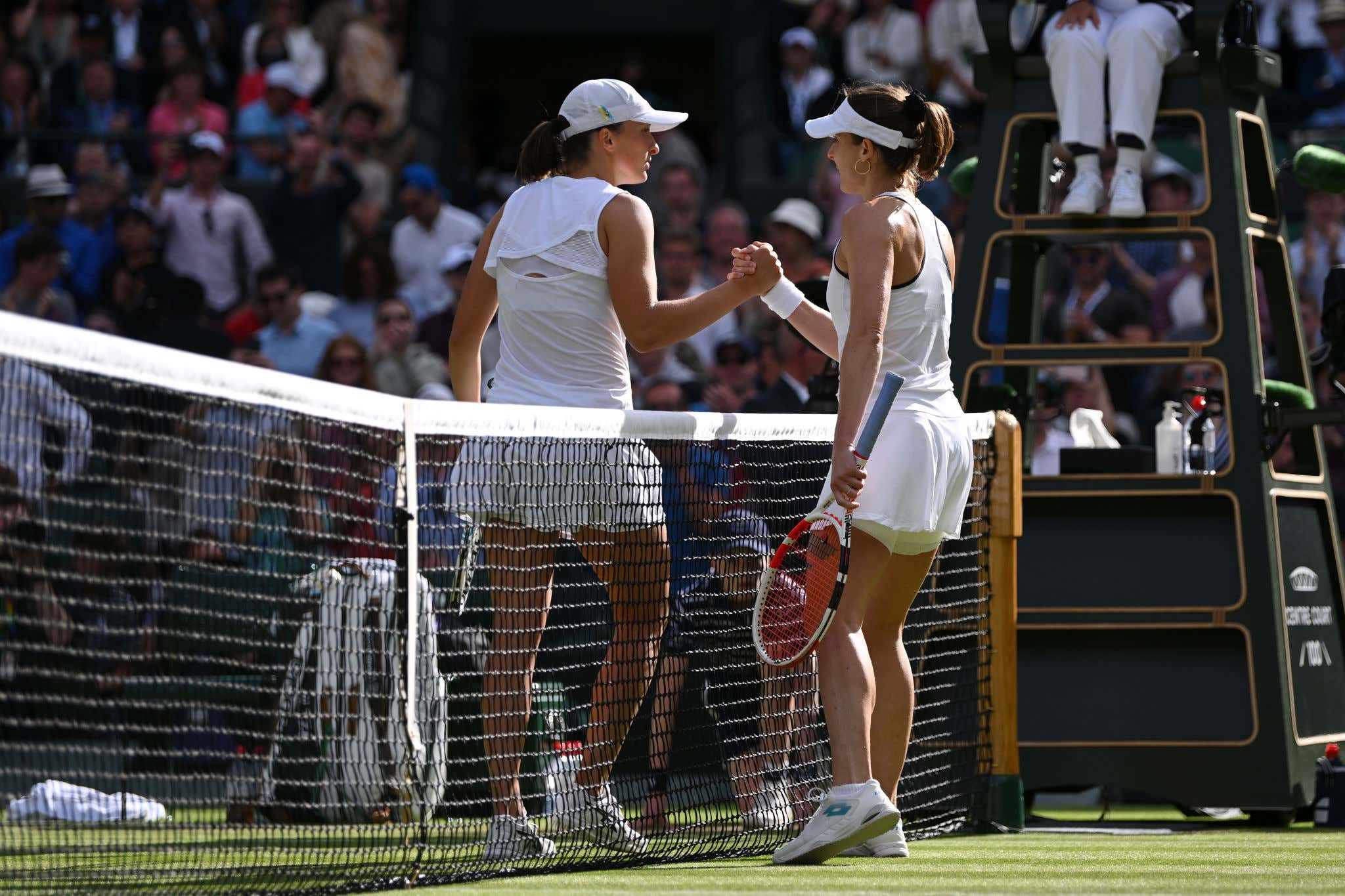 The streak is over! Iga Swiatek, the number one women's tennis player in the world, has been knocked out of Wimbledon by France's Alize Cornet. With that loss, Iga's incredible 37 match win streak is over.

It's her first loss in four months! In that time she won 6 titles, including the French. We haven't seen a run like that on the women's side in the 21st century. Just to put that in perspective, that means neither Venus or Serena ever pulled something like that off. At some point you hit a wall, and today Iga ran into that wall in the form of Alize Cornet who played outstanding.

This was bound to happen at some point during Wimbledon with Iga not being her strongest on grass. Her serve was a mess in almost every match and as a result she didn't enter today with the most confidence. The vet Cornet seized the opportunity and took it to her. She's no slouch either, Cornet once beat Serena three times in a row so there's really no shame in having the streak end to her. Good for her having a run like this at this stage in her career.

Bummer to see Iga lose because she's actually an awesome human who is so easy to root for. Just look at how she handled losing today.

She'll be back making a run at the US Open at the end of the summer.

So now the women's side is wide open. Someone I'm looking at to break through for her first ever slam title? USA's Amanda Anisimova.

She took down Coco in three sets today with the final two frames being a laugher. I love everything she's got going on with her game right now.

P.S. If you're looking for a blockbuster match to watch right now, Kyrgios and Tsitsipas are about to face off on ABC. It's going to be awesome.