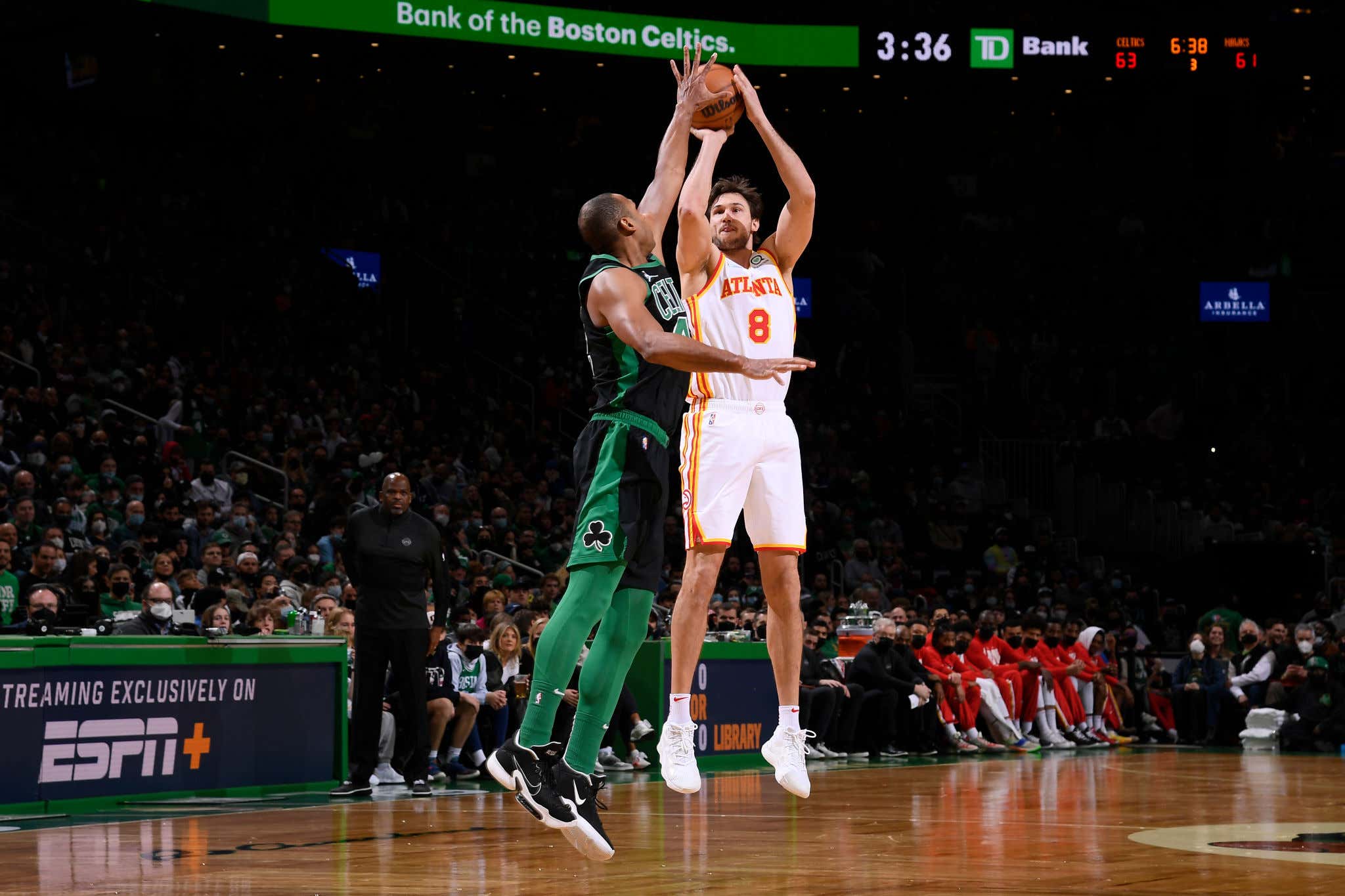 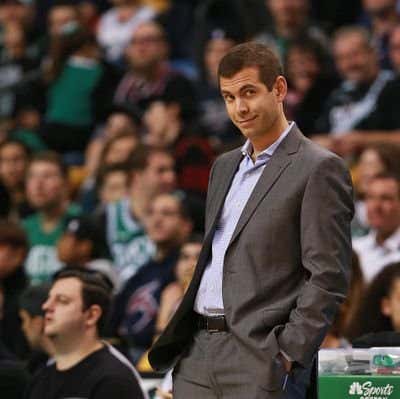 First off, I love that song. It fucking bangs. I remember blogging it a few years ago when I first came across it so I cannot tell you how pleased I am that it is now a part of my life. I can't stop listening to it. Sure it includes highlights of a young Gallo and he is most certainly not that same player, but whatever. They don't give just anybody their own theme song on the internet. Do I have any idea what the Italian Stallions are saying? Heavens no. But I know when a song plays and that song plays. Gallo has immediately become the North End's favorite player, so let's talk about what this deal now means.

My guess is this is the MLE money, and from unconfirmed sources that's what this is looking like

Looks like Brad had to cave on that Year 2 player option, but the money isn't crazy and we've seen that if a MLE player doesn't work out Brad has no issue trading that guy at the deadline (see: Dennis Schroder).

In terms of the player Brad is bringing in, we talked a little bit about it the other day, but every Celts fan asked him to bring in legit proven shooting and this is how he responded 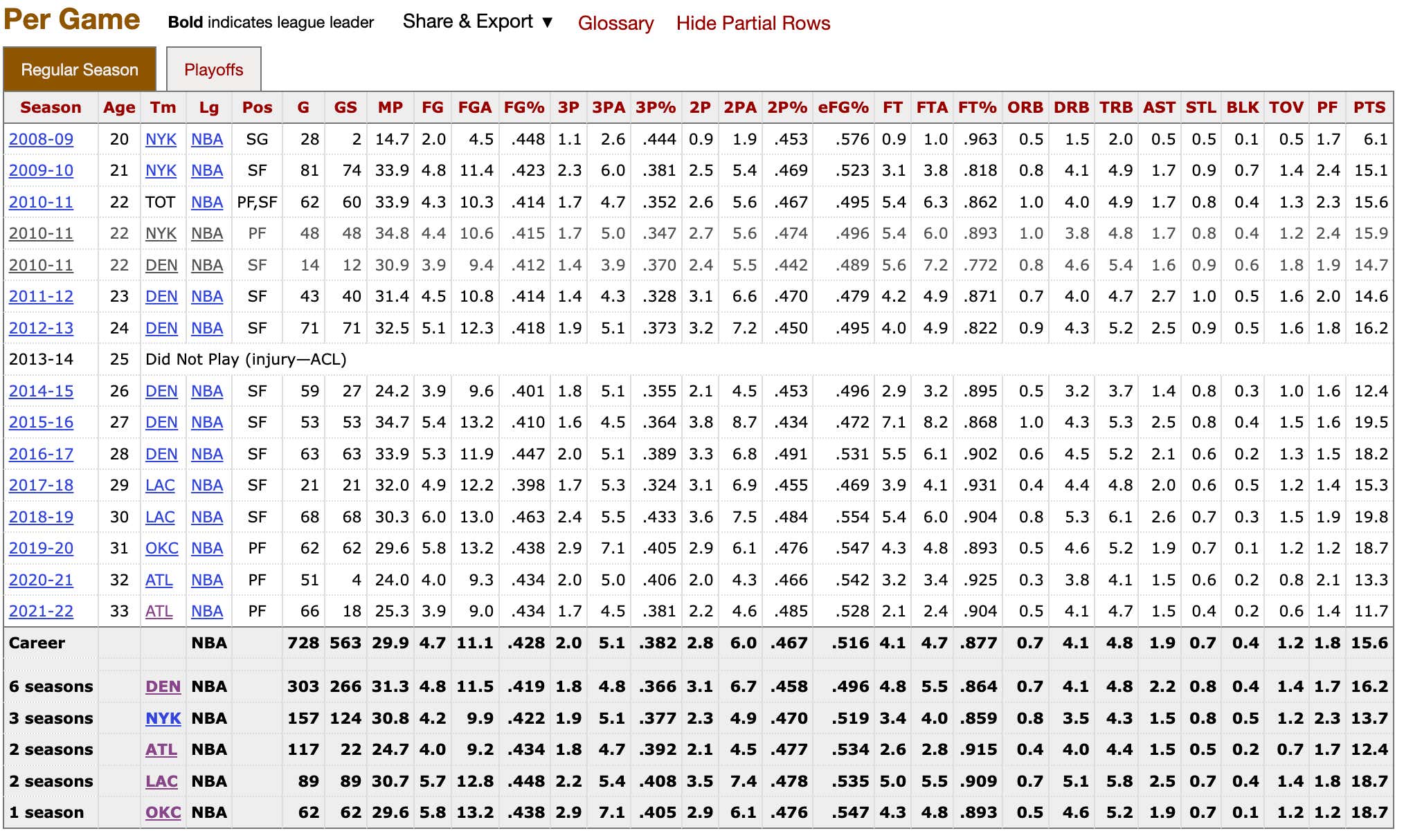 A career 38% three point shooter who has been above 40% in 3 of the last 4 years. At 6'10, he provides good size and scoring off the bench which is exactly what this roster needed. Remember the caliber of players we're talking about here for MLE money. All of them have flaws. The defenders can't really shoot and the shooters can't really defend. That's why they are making $6M. If they didn't have those holes, they wouldn't be MLE players. This is all about finding ways to limit guys like Horford's minutes, and giving the Celts some legit offensive options when Tatum or Brown go to the bench. Something these Finals just exposed that the Celts did not have. While I don't think anyone is expecting Prime Gallo, this dude can still play

What's interesting is that Brad/Ime actually went away from their current roster construction with this move. Based on what we knew, if you couldn't defend you weren't going to see the floor. Tough shit. This signing tells me they realized that the need for proven shooter was worth the risk defensively, and the hope is that surrounding Gallo with elite defenders can help hide his issues on that end. Make no mistake, Gallo is slow as shit. He's going to get attacked off the dribble. His post defense isn't terrible, and there was that time where he basically had Joel Embiid in jail on the biggest possession of his season

so there's that, but this was a move that clearly tells us that based on how the current roster is constructed that the need for shooting outweighed the defensive risk, and I think we should be OK with that. This is a bench/spot start piece that just needs to give the Celts 15-20 minutes a night. Bring in a guy that could help prevent those brutal 3-4 minute scoring droughts when Tatum goes out. The roster doesn't have a guy like that at the moment, and now it does. Seems like a good thing.

Reports suggest that the Bulls were offering more money, so that's a good sign if you're wondering what the Celts perception is around the league. A guy took less for a chance to win. That's the path you hope to go down as you continue to show you're a true title contender.

The good news is the Celts don't look to be done either. They still have the Fournier TPE, and that shit probably won't be figured out until KD's traded because teams aren't going to give up assets until they know they can't get Durant. Aside from that, it looks like Brad is also looking into Thomas Bryant on a minimum deal which could be great value is he finds a way to stay healthy

Very funny Haynes called the Lakers a contending team. It's OK guys, you don't need to lie for them. They stink.

Is this Gallo signing a no doubt about it homerun? I wouldn't go that far. The defensive issues are a real factor, as is his age. But it's the type of value/skillset deal the roster needed. A proven guy who can come in and carry a stretch offensively is certainly welcomed on this team in my opinion, so I can understand why Brad was in on Gallo. Also, his #8 is a possibility as long as they get Malik Fitts a new number, so I bet that weighed into his decision as well. Gallo only wears #8.

So while we still have questions as to how deep into the tax ownership is willing to go and that really comes down to the TPE usage, so far we can say that Brad addressed a need with one of his available resources. That should be what you want.

Now we wait to see what else he has up his sleeve.