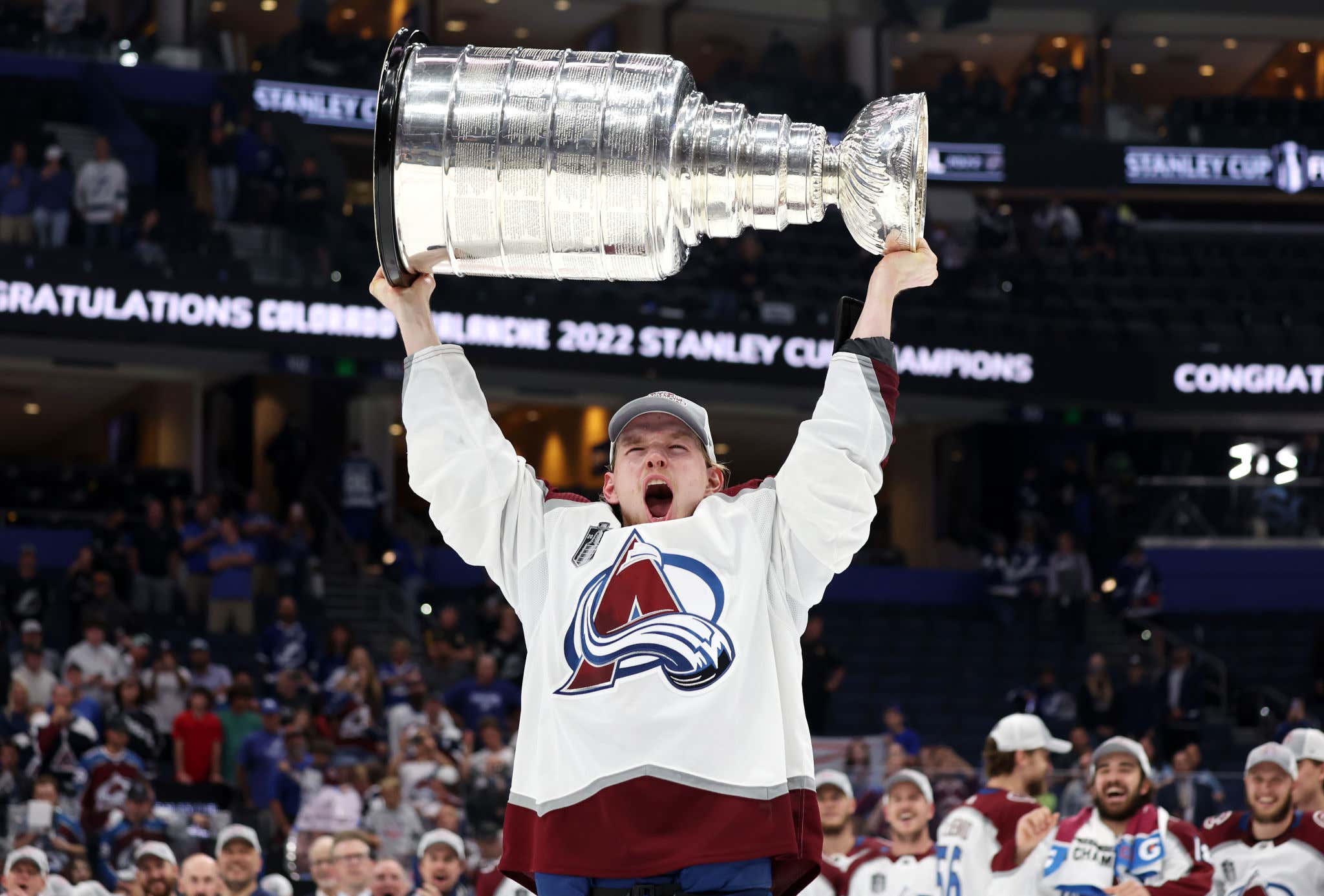 This is hilarious and the cop has to feel like such a moron, but honestly, I kinda get it. Bowen Byram was the fourth overall pick in the 2019 draft and is still only 21 years old. If Cale Makar is The Kid, well, Byram is maybe The Other Kid. Not gonna go with The Kid 2.0 because, well, not sure you get much better than Makar.

Copper must've thought Byram was just some inebriated, possibly underaged young fan trying to get in on the glory of the Colorado Avalanche's championship parade. Sorry officer, PLOT TWIST! Props to the form Byram showed, stacking two cans of Coors in his left hand, using his right to gesture and convince the guy he was, in fact, an Avalanche player. 10/10 in the courage under fire department, pun intended.

Byram actually had nine assists in 20 postseason games to contribute a not-inconsiderable amount to the Avs' Stanley Cup triumph. The prodigious defenseman is only scratching the surface of his potential and is bound to keep blossoming with more ice time and the confidence of being a Cup champion at such a young age.

Oh, and Byram also proved adept at ducking law enforcement, so that's bodes well for his ability to skate around off-ice trouble. Let's be real. Denver is no joke. The altitude is definitely a thing. If you don't go out of your way to hydrate enough, want to go out for a night of even moderate drinking/a hike that damn near kills you, and eat some trashy late-night drunk/high food, you better pray while you push on the shitter the following morning. Not like I would know from personal experience or anything. Nope. Not at all.

Byram is still young and an elite athlete who's probably acclimated to the unique elements by now. Just saying. Be careful on those Mile High City streets, Bo Byram. You've got a bright future ahead, and soon, local cops should have zero problem identifying you if you continue on this career trajectory.