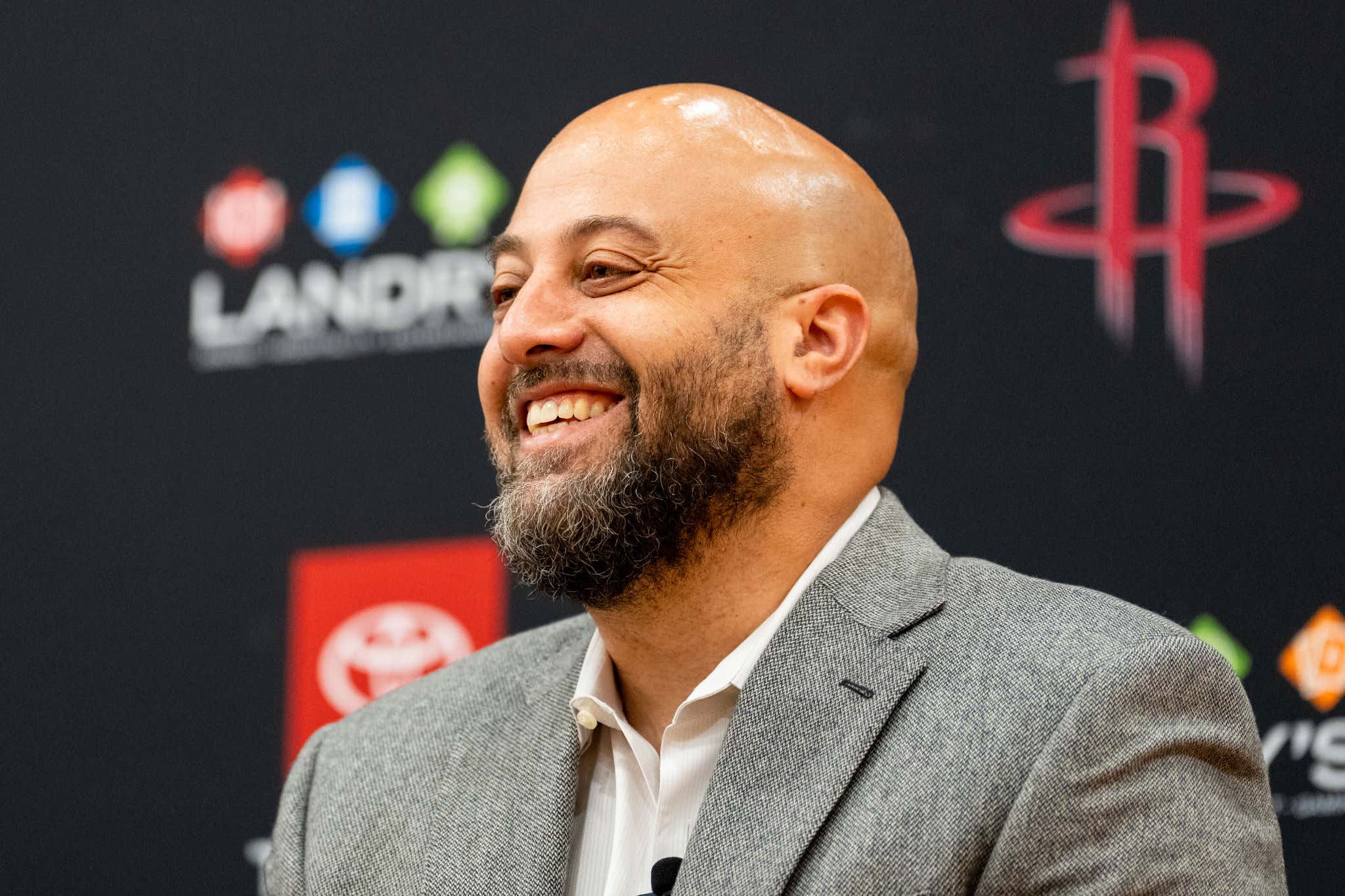 While we all react to the massive bomb of Kevin Durant demanding a trade so he can get the hell out of Brooklyn, there are a lot of potentially happy franchises right now. Maybe you're someone who feels they have the assets to trade for Durant. I can understand why this recent development would bring you joy.

But you know who is probably smiling the biggest right now? The Houston Rockets.

No, it's not just because they had one hell of a Draft last week. It's because of this

Remember the Celts/Nets trade in the summer of 2013? The one that resulted in Jaylen Brown and Jayson Tatum? Well, 9 years later the Nets have done it again. This is the 2.0 version of that trade. Yes, they did it AGAIN. Now to be fair, I don't think when they traded for James Harden that in a blink of an eye the Harden/Kyrie/KD trio would turn into…..Kyrie/Ben Simmons. That's unfortunate for them but that's what you get when you hitch your wagon to James Harden and Kyrie Irving. Those two were unpredictable and probably not guys you should hitch your wagon to given their previous history? Who could have seen that coming!

Since that Harden trade to BKN, the Rockets have pretty much nailed what an ideal rebuild should look like. They've drafted well, both in terms of their first round picks and their second round value picks. They haven't given out any bad contracts to mess up their books in future seasons, and the ones that maybe didn't look great at the time (Christain Wood, Daniel Theis) were traded, bringing back assets. And more importantly, they've stockpiled their treasure chest with extremely valuable UNPROTECTED first round picks. It cannot be understated how valuable those things are. Either

2). The Rockets can now flip those picks to bring in high level talent when a star becomes unhappy

As we've seen throughout history, the Rockets are a free agent destination when they're good. You combine no state income tax with their strip club life and it's basically heaven for NBA players. We've seen big names go there time and time again when they were good enough to compete. Why should that change now, especially if these young guys turn out to be real players? They'll have cap space since all their guys are basically on rookie deals. Sure they have to execute this plan, but in terms of setting yourself up for a successful rebuild, this is how you do that.

Being able to build towards a winning culture and not have to tank because the Nets can tank for you makes such a massive difference. The Celts missed the playoffs once after that Big 3 trade and made it every year since, while being able to select arguably the best players in the 2016 and 2017 Draft. That was so instrumental to where they are now.

It's not often that a team that trades a HOF talent ends up winning the trade, but that has now happened twice. At some point the Nets should understand that maybe they shouldn't be trading multiple unprotected 1sts. It always ends in disaster for them. You would have thought given what happened in 2013 that they learned their lesson, but sadly for them and their fans…they did not.