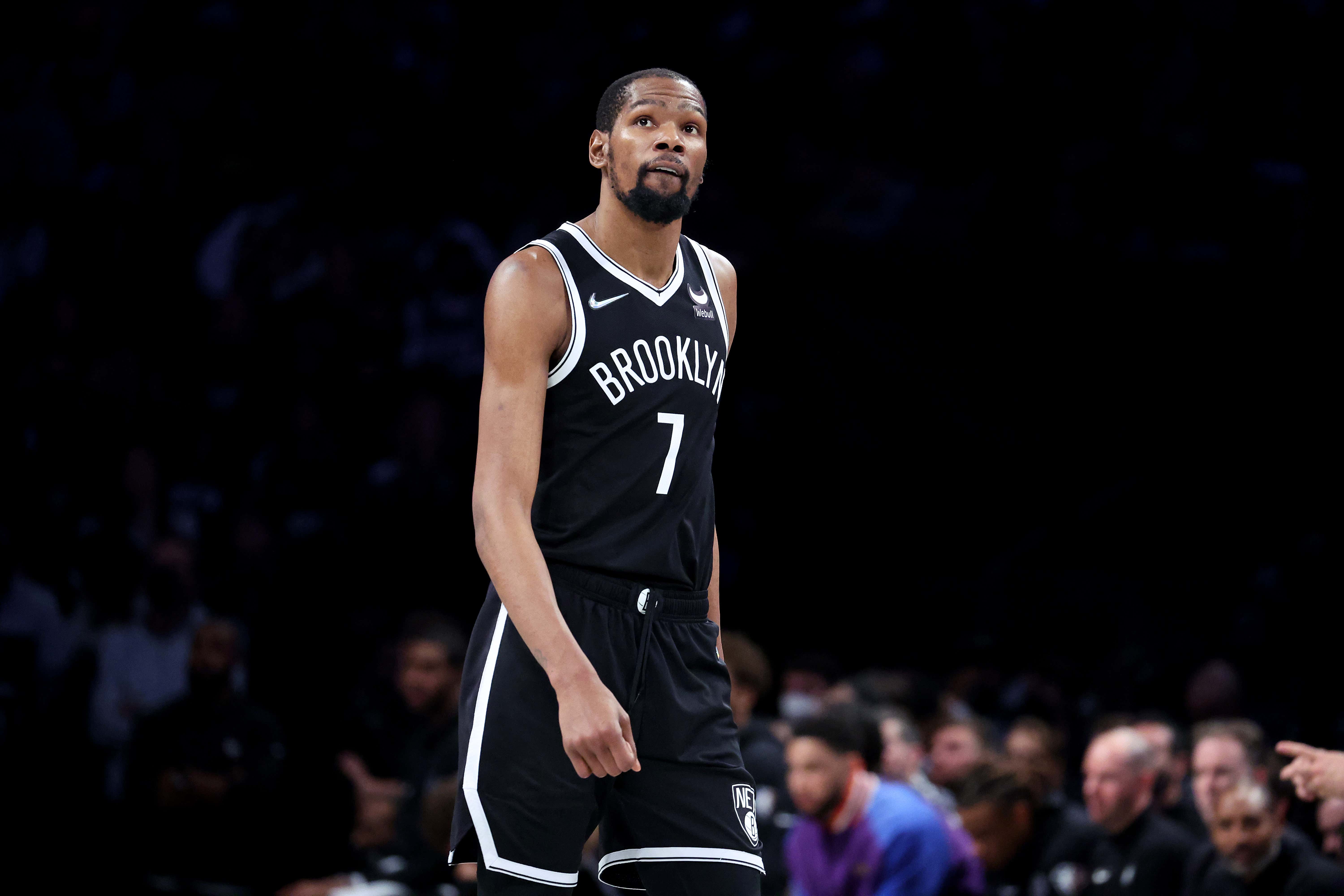 Holy shit. Holy fucking shit. I don't even know what else to say as I am blogging this in real time. You wanted Shams/Woj bombs today? Well I'm pretty sure it doesn't get any bigger than KEVIN DURANT demanding a trade out of Brooklyn. I know this was rumored last week, but I'm pretty sure we all thought that was part of the Kyrie drama. Once he opted in and committed to Brooklyn, that was supposed to end the Durant speculation.

Nope! The exact opposite happened! Durant said you know what I'm done with this bullshit, get me out of here. Unreal. I'm legit shocked. The whole idea was KD and Kyrie joining forces right? They were basically best friends that concocted this whole thing. It's now pretty clear he no longer believes this team has what it takes. Maybe that's why guys like Patty Mills declined their option? They knew KD was about to demand a trade.

The beauty of this is Kyrie already opted in! That's hilarious. He can't change his mind! He's stuck there! That is TOO PERFECT. I'm pretty sure the only reason the Nets put up with Kyrie's bullshit was because of Durant, and that wasn't even enough!

With a long term deal already in place, I'm fascinated to see what Durant's market is. His return is going to be MASSIVE. Question is, do you pay it? On one hand, it's Kevin Durant. On the other hand, he's getting older and is going to be expensive as shit to bring in. This is a legit league changing type of move that could change the entire landscape of the NBA. That's the caliber of player we're talking about here. Looks like it could be the Suns, so maybe something with Ayton?

Quick question for those who were quick to talk shit about the Celts/Nets trade and couldn't stop talking shit once they snagged Kyrie. Who won that trade exactly? Damn, life comes at you fast huh. All that talent and 0 Finals appearances. Now it's over and you're stuck with Kyrie and Ben Simmons. The Nets are dead. How unfortunate for them.

This is why the NBA offseason is the GOAT. Nobody and I mean NOBODY saw this coming and here we are. 6pm hasn't even shown up yet and we have MASSIVE bombs. I fucking love this league. Never ever change.

Live look at how Frank is handling the news