Nate came to me asking if I wanted to write a blog for the clip of me explaining my FinDom situation, and I decided to take him up on it and write my first blog for two reasons:

1) My “Cuck”, as he wanted me to call him, did NOT appreciate me putting him on blast like that, especially since he specifically asked me to no bring it into content. No surprise, he cut me off and I lost my little side hustle as a FinDom. I also, just two weeks ago, got scammed trying to find a Sugar Daddy, and I am starting to realize it is time I stop trying to cut corners to make money and maybe just focus on trying to get better at my main gig at Barstool and make money here - a way that is safer and is less likely to have me turn up dead in a gutter. So writing occasional blogs is part of my plan to better myself as a producer and Barstool employee.

2) It has also occurred to me that I should start doing more around here because if this whole Barstool thing doesn’t work out for me, I am FUCKED if I have to apply to a corporate job. If they run a background check on me, or even just type my name into Google once, this is what comes up: 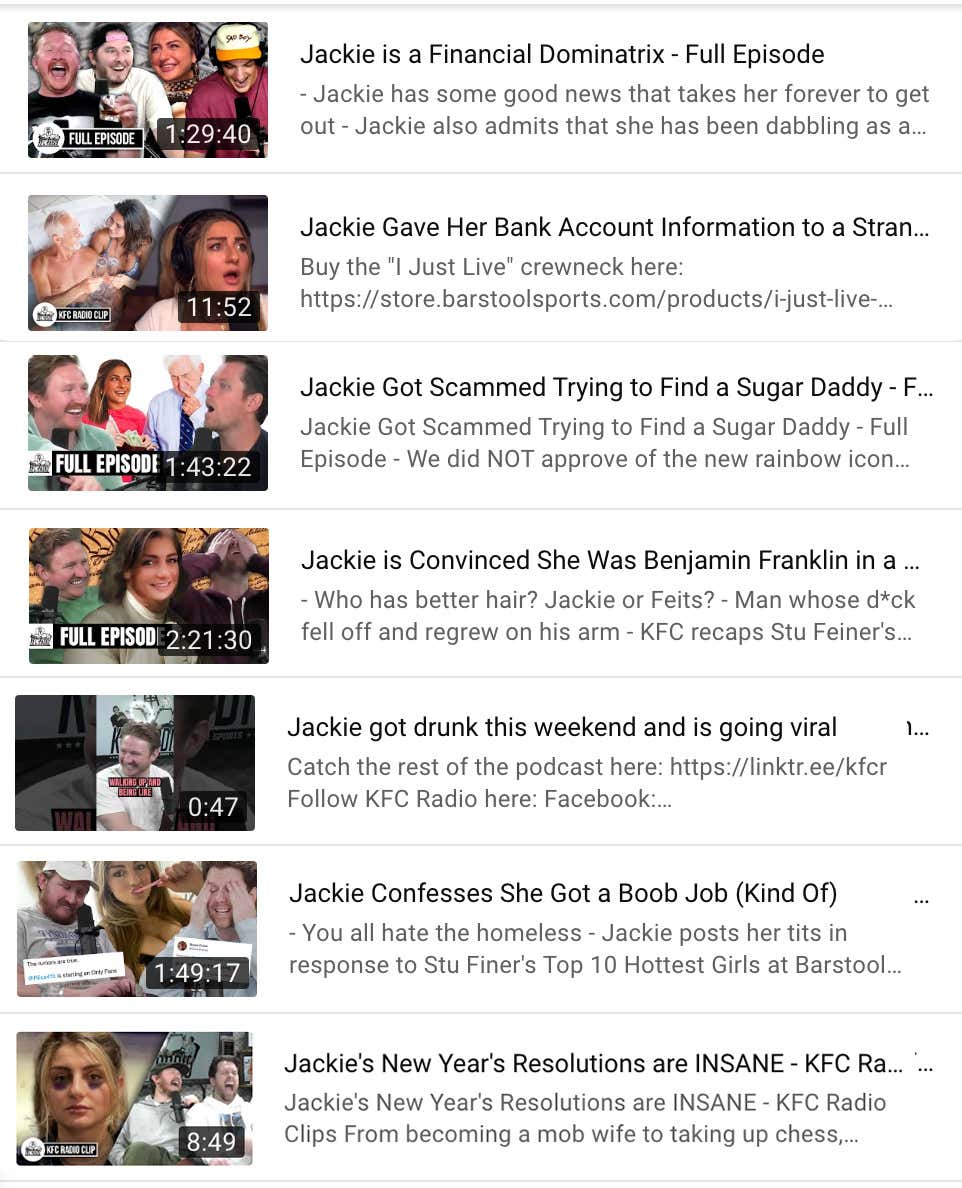 Cue the “Her parents must be so proud” comments (they aren’t).

Ok wait EDIT**** I know that as I was writing this I was all like “oh I’m not gonna whore myself out for money anymore” and “I’m just gonna focus on my job blah blah blah”, but I actually just thought of a new GENIUS business venture idea regarding a FinDom-related side hustle as I was writing this. So fuck everything said before, I am back on the side-hustle grind.

Ok here’s my business idea: If you listened to the full segment on yesterday’s pod with Billy Football, you heard Feits talk about how he made $25 bucks from calling a guy pathetic until he sent Feits a dick pic. Feits was too uncomfortable to make fun of his small dick, which is a line that a lot of guys are too afraid to cross. And that’s the thing that’s so unfair about the FinDom world is that most straight men aren’t able to make money from this because they’re all too homophobic to even look at a dick pic. I, on the other hand, have no problem making fun of a small dick. I do it behind my ex’s back all the time, so I might as well get paid for it.

So, Sharks, here is my business pitch to all of you straight guys out there who are too uncomfortable with their masculinity to be a FinDom but want that easy money: I will be your FinDom ghost-writer. I will tell you how to respond to a text or picture from your “cuck”, that way it’s not technically “gay” if it’s coming from me and not you. All you have to do is give me 50% of your earnings. I’m pretty sure this is similar to what Glenny Balls did for Asa Akira but the other way around I guess. (Also of course if you're a girl, this offer extends to you too).

I felt like I needed a visual aid for this pitch, so I whipped this up. This could be us: 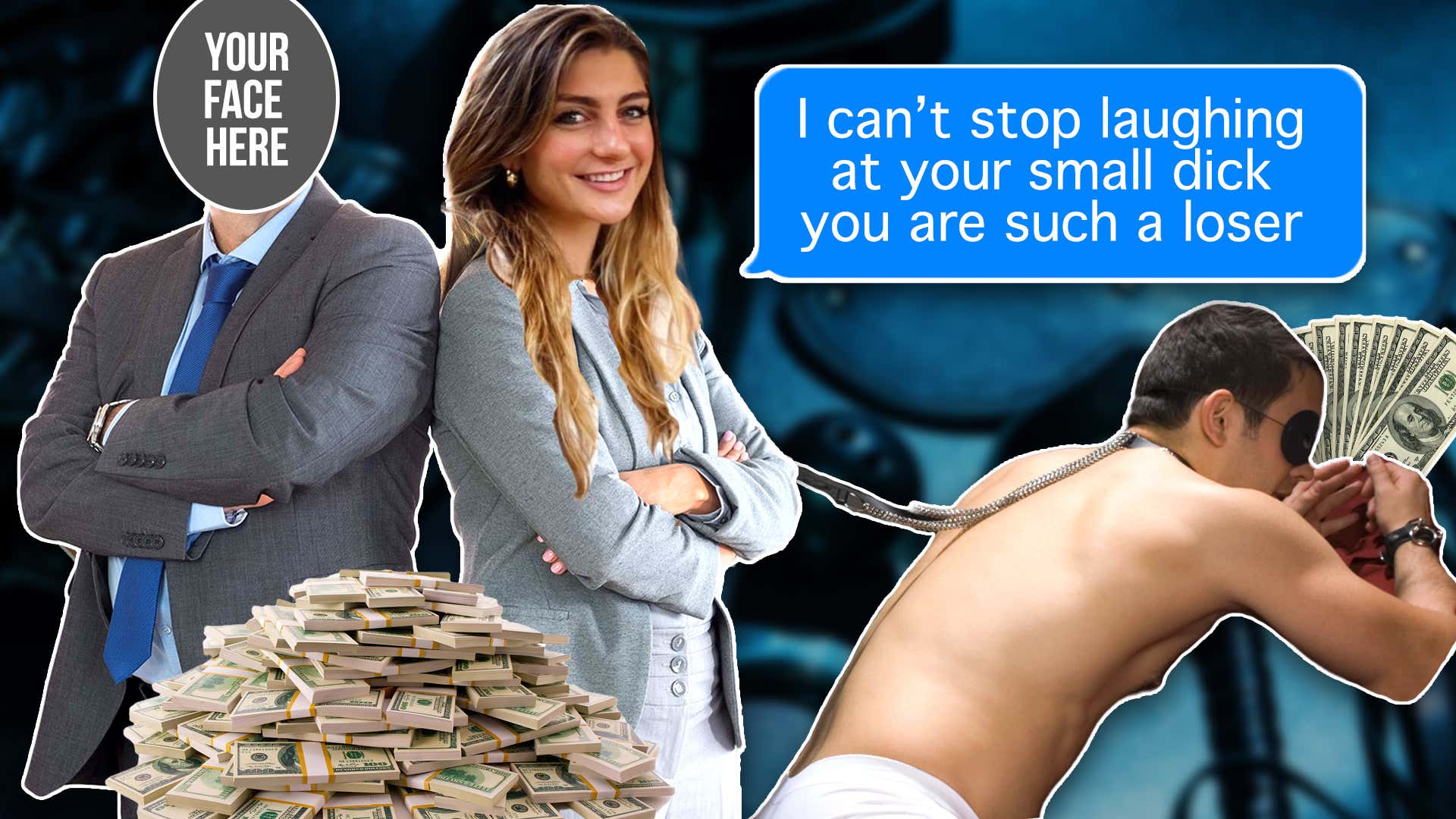 Anyway, I think this blog has officially gotten away from me, and I actually completely contradicted myself in the first half, so this might not be the best blog but it's my first one so bear with me. Hopefully, you will consider my services as Your FinDom Ghost Writer and will be interested in doing business together. DM me for inquiries @J_nics.

Idk how to end a blog, so goodbye.