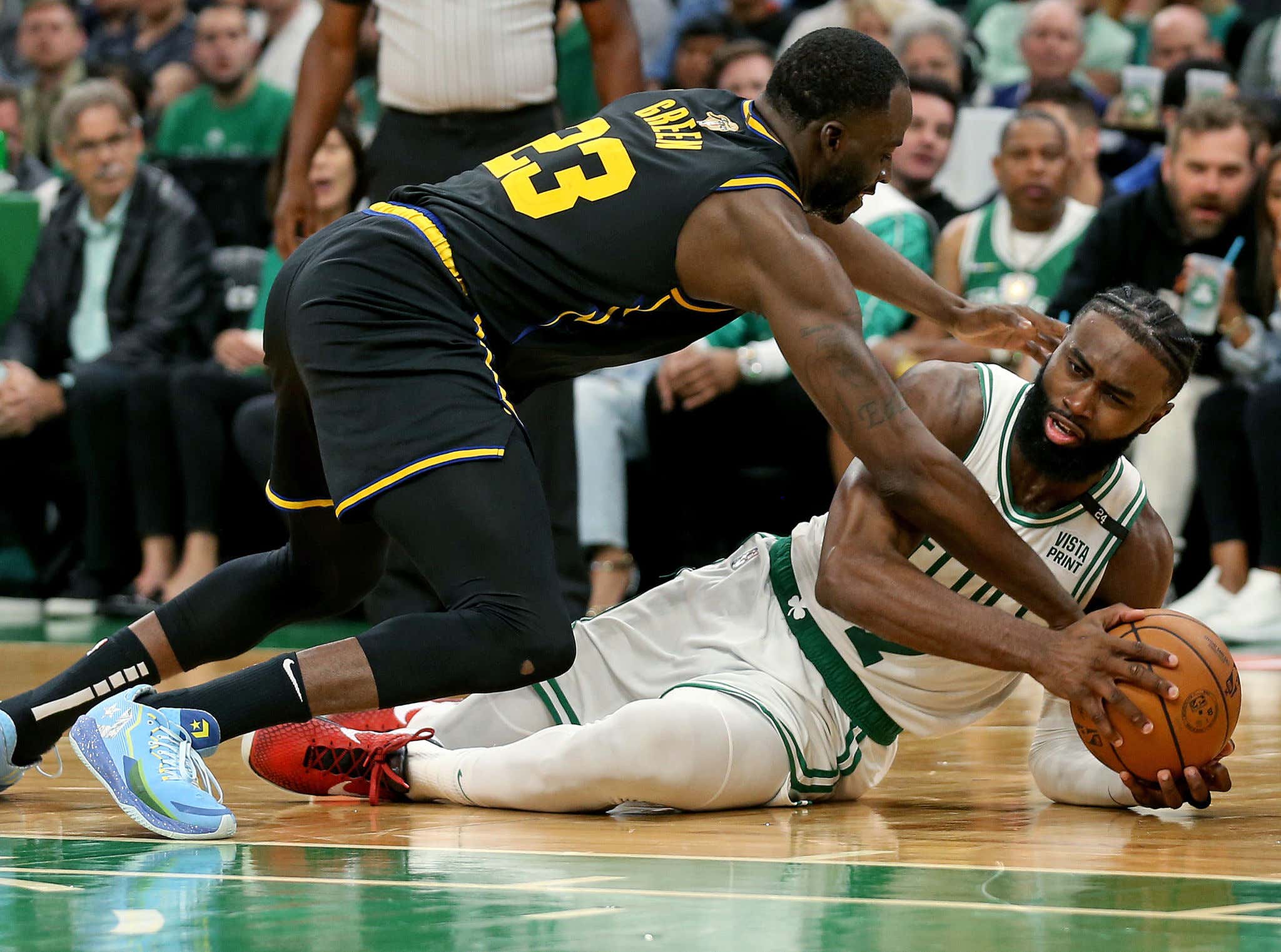 There are a lot of frustrating things that come with losing in NBA Finals. You lay awake at night and relive all the mistakes. You basically can't watch TV or be on Twitter for about a week after the Finals conclude. You have to deal with trolls who had to be quiet for 6 months. It's all stuff I would certainly not recommend you go through as a fan. Winning in the Finals is much better.

You also have to deal with the champs talking all the shit they want. That's just how it works. When you win, you can say whatever you want, no matter how ridiculous it might be. As a fan, you have to take every shot you hear on the chin. If you don't like it, don't lose in the Finals. Pretty simple stuff.

I bring this up because Draymond Green has been doing a lot of talking after winning the NBA title. Whether it's what he said about Al Horford

Oh word? Al Horford isn't LEBRON JAMES??? What a weird thing to say. Who says Al is LeBron? I don't even say that shit and I am literally kept alive by Celts Kool Aid. As you can expect, he wasn't stopping at Al. Naturally he then focused on Jaylen Brown

Again, this is just a very weird thing to say. Why? Because what the hell does that even mean. You stole Jaylen's heart? After Game 2, Jaylen averaged 25/7.8/3.5 on 46/36.7% splits for the rest of the Finals. Did he have turnover issues/ Yup! Who didn't. But it's not like Jaylen was shut down or whatever this statement is trying to suggest. Draymond trying to pull shit shorts down is what happened. It's on camera. But that's when he knew he took Jaylen's heart? What a weird thing to say. As you can imagine, Jaylen responded

Notice how we didn't hear much from Draymond after Game 3? Interesting

But like I said and Jaylen agreed with, when you win you can say whatever you want. As Celts fans, all we can do is sit back and take it. There's no sense in getting worked up about it, this is the reality of the situation.

Now I'm sure there will be some that think Draymond is lame for talking like this since ya know, he's Draymond. If it's Steph talking like this it might be one thing, but to hear it from Draymond is a different story. I dunno, I just keep going back to the whole champs can say whatever they want thing. Draymond certainly impacted those final 3 games, he has the hardware so he's allowed to view history however he wants, even if it is utterly ridiculous.

All we can hope for is Jaylen and the Celts hear all this shit and use it as fuel for next season. Hopefully the pain of sneaky choking the Finals away would be motivation enough, but I'm down for anything that can help fuel that fire. Then, if they are fortunate enough to win, they can talk all the shit they want. Just like we all did once they finally got over the hump of the ECF and made the Finals. It's just annoying when you have to deal with this as a fan of a team that lost.

But that's sports. You win, you talk shit. You lose, you have to eat all the shit. Next time win and we won't have an issue,