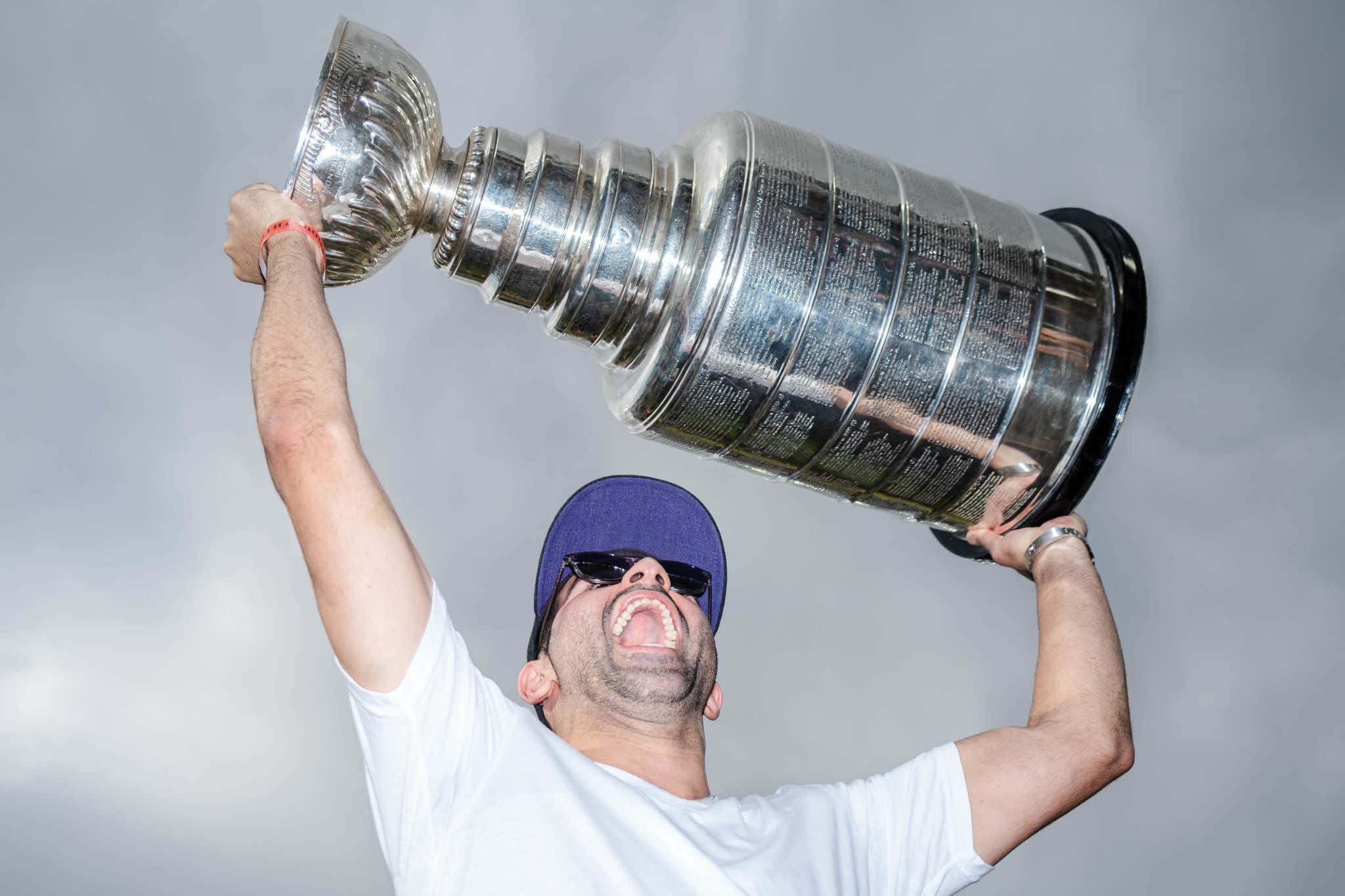 Denver - A Denver couple got the surprise of a lifetime when the Stanley Cup was mistakenly delivered to their doorstep.

FOX31 obtained a post on Nextdoor from Kit Karbler who said the Stanley Cup was accidentally delivered to his house in the Hilltop neighborhood, meant for Colorado Avalanche captain Gabriel Landeskog.

Karbler said the Stanley Cup keeper knocked on the door and figured out that they were at the wrong address but let him see it, touch it and take pictures of the NHL’s most prized award in his driveway.

It's always a great feeling to get a mystery package delivered to your door. More often than not it's some bullshit that you forgot you ordered in the first place. Sometimes you fat finger and Amazon order. But getting Lord Stanley's Cup delivered to you on a random afternoon because the Keeper of the Cup thought your house was Landy's?

Well 1) that's a pretty sick brag to say that you're living as well as a professional athlete who is making 7 sheets a year. And 2) typically you have to grind your dick off for an entire lifetime to be able to get your hands on the Cup. This dude just woke up one morning, poured himself a cup of joe and it randomly showed up at his doorstep. Pretty solid life hack right there. Erik Johnson should have thought of that awhile ago instead of spending all those years chasing after the Cup. Don't go to the Cup, have the Cup mistakenly brought to you.

Now the article says the Cup handlers were cool enough to let this dude touch it and snap a few picks. But you bet your bottom dollar that if the Cup shows up to my house, I'm demanding that I get to drink out of it. I'm running down to the basement, finding my crispiest Miller Lite, loading that bitch up in the Cup and getting my Thursday off to a hot start. You're not leaving the premises until I get to chug several cold ones out of that thing and potentially hammer home a bowl of cereal. Hopefully my boy Kit did the same.