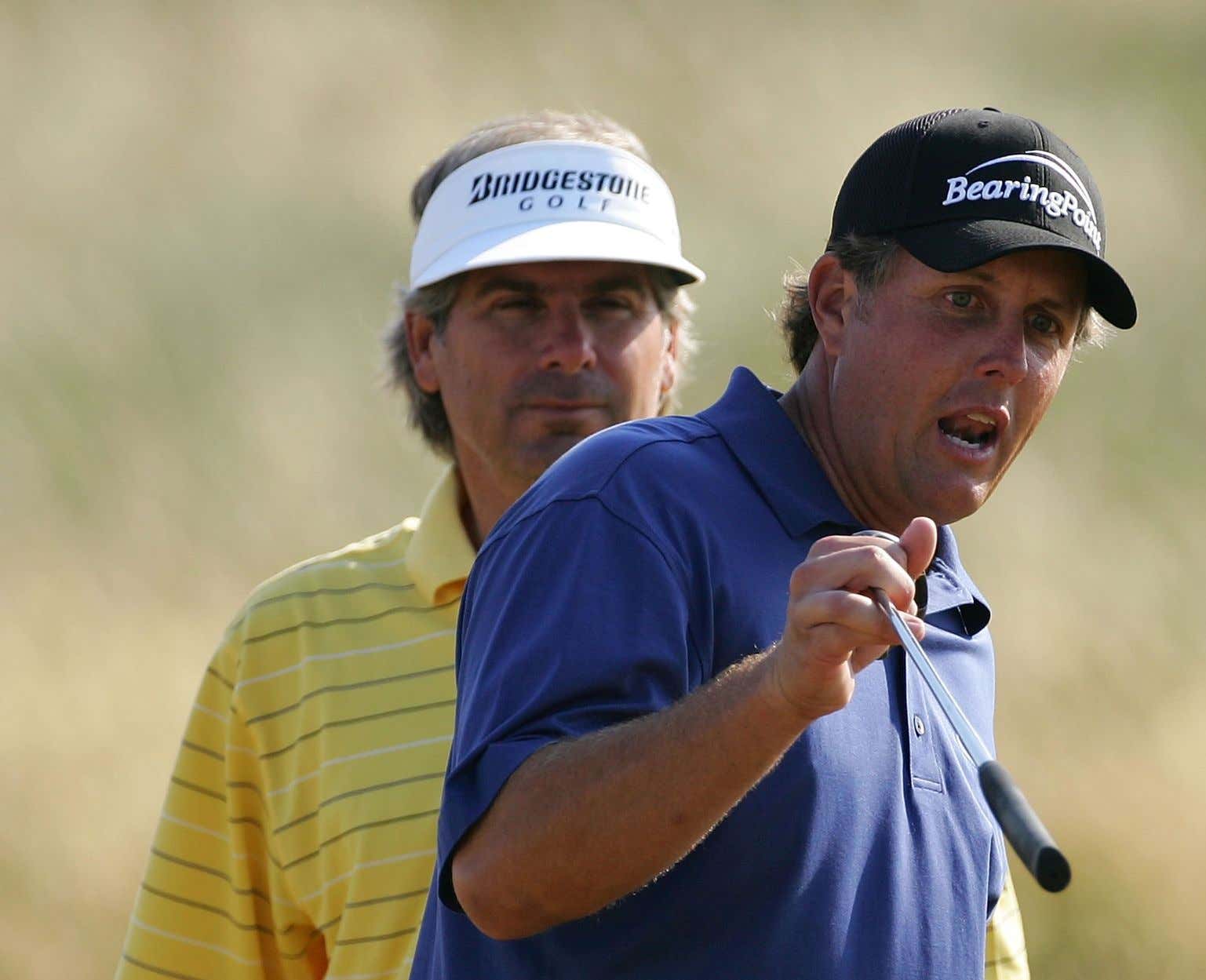 Golf.com - ….. First and foremost, [Fred] Couples said, he is uncomfortable with LIV’s financial backers: the Saudi government, which has been accused of various human-rights atrocities.

“I think this is a family thing for me,” Couples said. “I’m a little peon from Seattle, but I know where the money’s coming from, and I think my family would disown me if I went. Of course, that’s easy for me to say because I’m not going, so I can actually tell you whatever I want to tell you.”

The same cannot be said of players who have signed with LIV, Couples said. They’ve essentially been muzzled, he said, which has been apparent in press conferences.

“These guys — you’ve seen their interviews, right?” Couples said. “Have you ever seen Phil look so stupid in his life? They know it’s a joke.”

Couples was referring to Phil Mickelson’s two most recent press conferences — one at the debut LIV event in London, the other at the U.S. Open — in which Mickelson, in many observers’ eyes, delivered a series of inadequate answers when trying to explain or rationalize his LIV allegiance.

On Tuesday of this week, at the second LIV event near Portland, Ore., more LIV signees faced the press, including a trio of the newest big-name commits: Brooks Koepka, Patrick Reed and Pat Perez. Seated together at a dais in a joint press conference, the players faced a predictable line of questioning from the assembled reporters, including queries about Saudi human-rights issues, what convinced the players to join LIV and if the PGA Tour could have done anything to keep the players from leaving. As the questions kept coming, the mood in the room grew more and more tense.

“I heard of all people Perez was a little confrontational,” Couples said of the three-time PGA Tour winner. “He’s a grain of sand in this Tour. He should be soft and kind, but he’s, like, raising his voice. I’m done with it.”

Couples also questioned the long-term viability of LIV. He said he understands that the tour’s organizers are not seeking a quick profit but still is confounded by the huge sums they’re offering players.

“I cannot believe they can pay a guy $150 million for that,” Couples said; LIV players are obligated to play only eight 54-hole events in 2022 with plans to expand the schedule in ’23 and beyond. “What, Phil wouldn’t have gone for 100 and Dustin [Johnson] for 70? Then what does that tell you right there?”

The reasons players have cited for signing with LIV also ring hollow to Couples. Many players have said the lighter schedule is a draw; some have admitted the life-changing payday was too tempting to resist; others have said they’re simply trying to help “grow the game.”

“They’re all saying they want to change golf, they’re doing it for the better of golf,” Couples said. “No one has said, ‘Hey, when I look back 50 years from now … we’ll have made this tour [what it is].’ No one has said that. You know why? Because they’re not going to be around in three years.”

For his part, Mickelson has said that he is committed to LIV for at least two years. At that point, he’ll be nearly 54 and presumably still a big attraction. If his largely positive reception at the U.S. Open last month was any indication, Mickelson is still in golf fans’ good graces. Less clear is whether Mickelson’s peer group on Tour feels the same way.

Couples is 10 years older than Mickelson, but they have battled one another in hundreds of tournaments while establishing themselves as two of the most beloved players of their generation. In 2006, they played together in the final pairing at the Masters; when Mickelson won his second green jacket that Sunday, he and Couples embraced on the 18th green. Just last year, Couples and Mickelson were vice-captains on Steve Stricker’s winning U.S. Ryder Cup team at Whistling Straits. They have had some good times together.

“I don’t think I’ll ever to talk to him again,” Couples said. “What for? I’m not in the same boat as him anymore, and probably never will play golf with him again. I’m not saying that to be mean. We’re just in different orbits.”

Say it with your chest Freddie!!!

My goodness, sweet-swinging Freddie Couples did not hold back. Basically called Phil a jester in Greg Norman's the Saudi's court. Clown show through and through. Fred might be the biggest PGA Tour guy out there. There's always been myths out there about who the PGA Tour logo is modeled after, but don't be surprised if there's a new logo depicting Mr. Couples by the end of the week. Could not have laid into LIV Golf harder.

And you know what… Freddie came pretty correct here. You can agree or disagree on whether you'd take the money or not, but there's hardly a quote in there that isn't dripping with the truth. Phil and the rest of these guys DO look like morons every time they step up to the podium and have to answer questions about why they're doing this. All this "we joined LIV Golf to show golf can be a force for good" nonsense that some of these guys have been peddling… it's nauseating. And nobody's buying it. That's not to say that there's not merit to the idea of competition amongst golf tours… it's just so disingenuous. And Freddie's not having it.

The idea that he's never talking to Phil again… that might be a bit over the top. But I also hope he's dead fucking serious about it. There's going to be all kinds of tension in the air at Augusta next April if the LIV guys are invited to participate and that would be the one place that Phil and Freddie would be forced to cross paths. I'm here for golf beef. I'm all for it. If there's one thing that's "good for the game" about LIV Golf, it's that it's got people talking about golf.

And boy oh boy, is Freddie Couples talking about it.