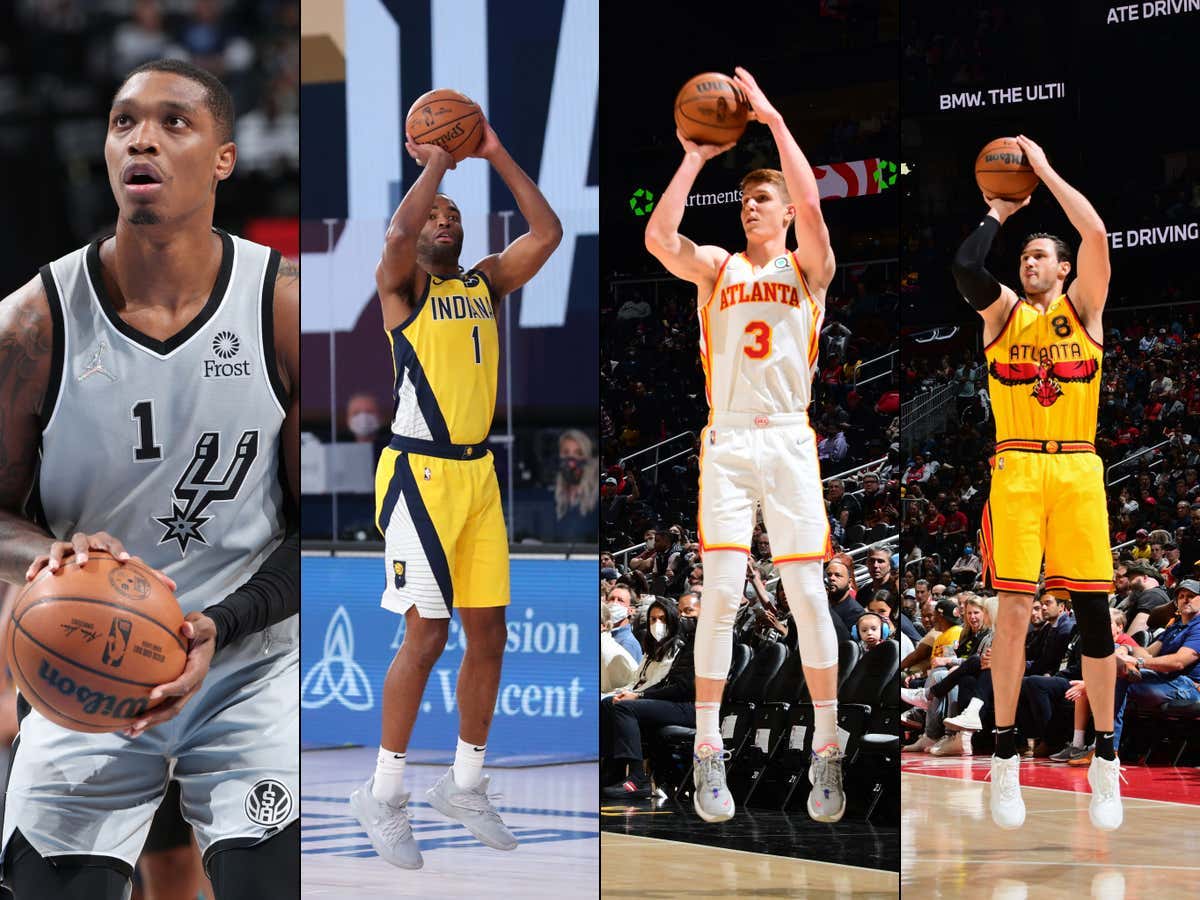 The day has finally arrived. While it kind of feels like the NBA Finals just ended, this is a day that every NBA fan can get excited about. Whether you're a fan of a team with cap space, a fan of a team that's been mentioned in every rumor under the sun, a fan of a contending team that just needs to make slight upgrades, or someone who just enjoys chaos, today is your day. While the wait until 6pm ET is going to be brutal, there's no doubt in my mind that we're about to have a crazy 48 hours on our hands. I think last year there were around 145 deals that totaled 316 years and $2.4B dollars. It's a great day filled with Woj/Shams bombs, player emojis, overreactions, hope, you name it we get it starting today.

So as a way to mostly just fill up time before the tweets start rolling in, I thought why not reset the table with where our beloved Celts stand given the "rumors" that we've heard in terms of their interest heading into today. This is not a list of guys I want them to go after, we've done that already, but more guys we're hearing Brad is reportedly sniffing around. Let's have a look

If the Celts are interested in Lonnie Walker, you're looking at the MLE money. Given that he's a pending free agent since the Spurs declined his option, you can't use a TPE on him. That was something I learned yesterday that I thought I would pass along. If you're a pending FA, even a restricted one, you cannot be traded outright. Now we know.

Now let's talk about fit. From a size standpoint, Walker IV fits. At 6'4 and 204 pounds, he has the frame to be that reserve wing off the bench that the Celts have made it clear they are looking for. Defensively he's alright, not someone who you expect to make an All NBA Defensive team or anything, but someone I would also not call a defensive liability. He's someone who I could see fitting into the Celts switch everything scheme.

The questions are more on offense. If you are someone who thinks the Celts should be looking to address their shooting needs with a proven guy, we can't say Lonnie Walker fits that bill as of this second. The numbers who some decent potential from three, but overall he hasn't really been overly efficient as a Spur

With a signing like this, you're mostly banking on his potential and development. There's no denying that there are moments where Walker looks intriguing as hell

and his age obviously fits the current timeline of this roster. He's someone who has the athleticism to attack the rim which I like as a reserve wing off the bench, but he did only shoot 33.2% on catch & shoot 3PA this season. I look at him similar to what we experienced with Josh Richardson. The shooting is a concern, but the hope would be playing in this system next to this level of talent would help his efficiency. It's a gamble, but I can understand the idea of bringing in a low cost young player who very well might outplay his contract if things work out.

If the goal is to find wing players who could give you 10-12 minutes while the Jays rest, there's a world where Lonnie Walker IV makes sense.

Here's what we know about Gallo. The dude can flat out shoot from deep. You could make the case that if he's waived by SA, he might be the best potential low cost shooter available. You want a proven shooter to come off your bench, this is pretty proven IMO 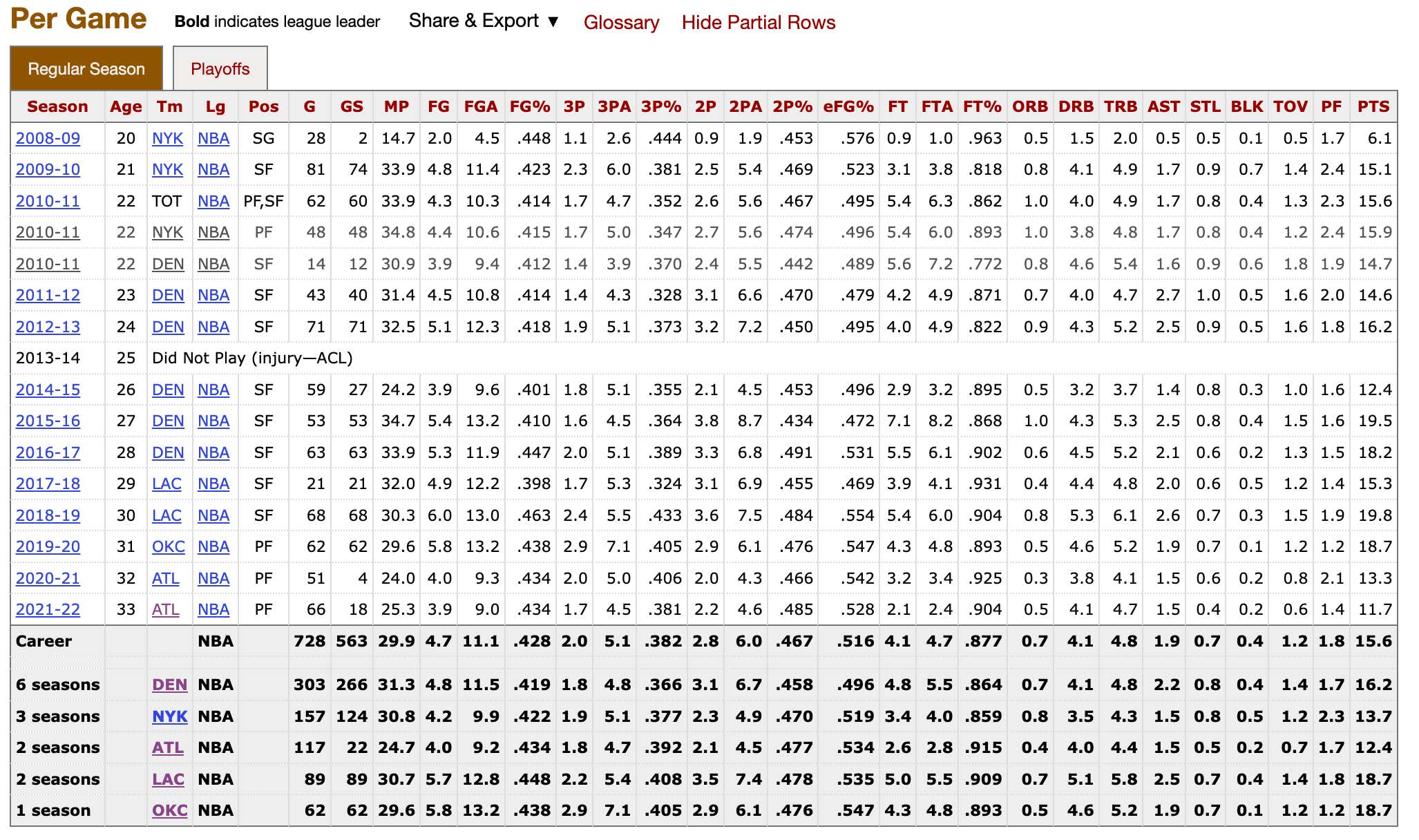 Last year was a "down" year for him, and he still shot 38% on OK volume. At 6'10, you can play him as a small ball 4 or 5 and he would give that second unit a legit shooting option, something that it currently does not have.

Here's the thing though. Gallo can't defend for shit. A guy who was never really a lock down defender to begin with sure as shit isn't one at age 33. Given what we know about Brad and Ime and their preference when it comes to being a versatile two way player, this rumor is a little confusing. Maybe they realize that every one of these guys is going to have some sort of flaw? The plus defenders can't really shoot, and the good shooters can't really defend. Perhaps they are willing to sacrifice on the defensive end if it means they address a glaring shooting need with a proven guy? I would feel more comfortable adding maybe a worse defender but good shooter to a team that is built to mask defensive issues. Plus, if you can get him for the minimum or something? That feels like a no brainer.

Remember TJ Warren? I won't blame you if you don't considering we haven't seen him in 2 years. The last time we did? He looked like the best player on the planet

Guy was unstoppable in the bubble, it was insane. Then he hurt his foot and hasn't been seen since. This is another guy you're looking at MLE money for, and who knows maybe he'd be interested in a prove it deal. In terms of his skillset? If Warren is fully healthy this is exactly the type of player Brad should be looking to add

A guy who when healthy can create his own shot, is extremely efficient and since he's been out for 2 years doesn't exactly have the same NBA miles on his legs as he enters his late 20s. You can bring him off the bench, you can spot start him if you need to if guys are getting rest, and he's a proven commodity. It all just comes down to his health. If that's no longer an issue, Warren checks a whole lot of boxes that the Celts need to address this summer.

The thing is, they most likely are not going to be the only suitor. There's a risk because you usually don't want to mess with serious foot injuries, but the ceiling is really high if everything in that department checks out.

Once the Dejounte Murray trade went down, I think the internet collectively did the same thing. We all started to look at the Hawks roster and tried to figure out which wing player was about to be sent out the door. Kevin Huerter was obviously a popular candidate. Given that the Hawks had to give up a shit ton of picks, Huerter is a young sniper who is signed long term that should bring back a decent amount. Maybe another cheaper young player and a 1st +2nd or something along those lines.

When we talk about a potential fit with the Celts, it's not hard to see why they are interested. He's another guy who is a proven shooter, and someone who can get threes off in a wide variety of ways. Spot up, off screens, off the dribble etc

The appeal here is Huerter fits into the Fournier TPE, so if the Hawks are looking to get money off their books and not bring back any high money salary, the Celts make sense as a trade partner. Where it could get tricky is the asking price. If the Hawks want a top 7-8 rotation player, it probably doesn't make sense. If something like Nesmith and picks gets it done? That's an entirely different story, but for all we know that's unlikely.

The issue with Huerter is similar to Gallo, defensively there are some concerns. I will say Huerter is probably better than he gets credit for at that end, but he's still someone that you could see be hunted. It comes back to that question of whether or not Brad/Ime are OK with some defensive drop off for proven elite three point shooting. You also get some decent playmaking from the SG spot with Huerter which makes me think when you add that with his shooting, it is worth it if the price is right.

As of the writing of this blog, this is what we're working with in terms of rumors. I can see the angle for each guy, while acknowledging that there are legit flaws/concerns with every single one. I'm also someone who believes we should all listen to Steve Bullpet when it comes to Celts related stuff, the guy is as connected as they come and has been on the Celts beat for like a billion years. This is what he had to say this morning

That sort of goes against the Gallo/Huerter interest, unless they think Huerter could be a neutral defender in their system given his size/athletic ability. Just something to keep in mind as we get into the thick of things today. We're going to have an answer to what the Celts are willing to sacrifice. It's either going to be shooting or defense, and given what we all just lived through I think most people would be OK sacrificing a little on the defensive end if it means you are bringing in the high quality shooting this roster needs.

We have a long way to go until 6pm, so get comfortable. All it takes is one Woj/Shams bomb to open the floodgates, and that could legit come at any moment (if we're talking trades).