Welcome to New York, Jalen! The Mavs may have wanted you but when The Godfather Leon Rose wants you, nothing else matters. 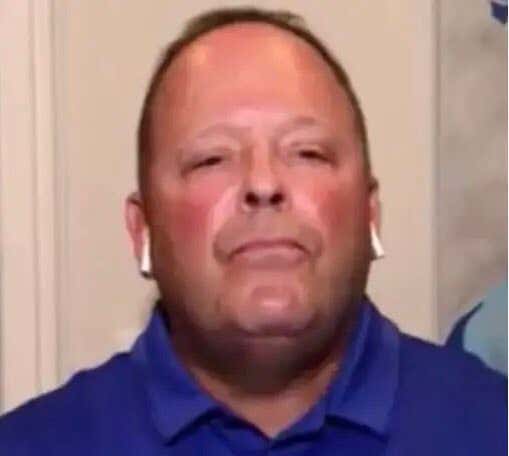 Now while the Mavs wanted you back, I just want to give you a heads up that millions of New Yorkers are already angry about your salary as if there aren't a TONNNNN of people making way too much money for their jobs in this area and you weren't a big enough star to get Photoshopped in a Knicks jersey by every newspaper and Knicks fan.

But I am happy you are here since the Knicks have had a competent point guard for like 1% of my life, which at the very least you are, and all that crying about money goes out the window when you see how much point guards currently make now, which will only increase in the future as the salary cap increases.

I also have to admit that I like this signing because optimism is a self defense mechanism I use to survive being a Knicks fan during the James Dolan Era and reading this Reddit post of a Mavs fan doing a Q&A with Knicks fans about the good/bad things Jalen Brunson does convinced me he is indeed #good along with stats like these when he wasn't playing next to an All Universe player.

Is Brunson #good enough for all that money? I don't care. I just lived through a season where our starting point guard was Alec Burks and have convinced myself players like Chris Duhon, Toney Douglas, Langston Galloway, and God knows how many other bums were going to be the savior at point. I'll take my chances that a 25-year-old like Brunson's Overall rating will increase along with the NBA salary cap over the years, which will make this contract look just fine.

That being said, I'm definitely not ready to have the Knicks top 3 offensive options being lefty since that may be against the laws of the NBA let alone man because it feels like it could fuck up the time continuum or some shit. But I don't care because I just need to see someone running point at MSG that knows how to shoot and distribute the ball.

Now keep cooking Leon and do some work with some of that newfound cap money along with the big contracts on the roster (cough cough Julius Randle). Or we just wait for the Mavs to poison their own well and cause Luka to force his way to New York in a few years once this blows up in their faces.

Look at Leon playing 4D chess. Hope a couple of years with that broken unicorn was worth it, Mark!

For any Knicks fans that still need to be convinced that this is a good move, I present this tweet.