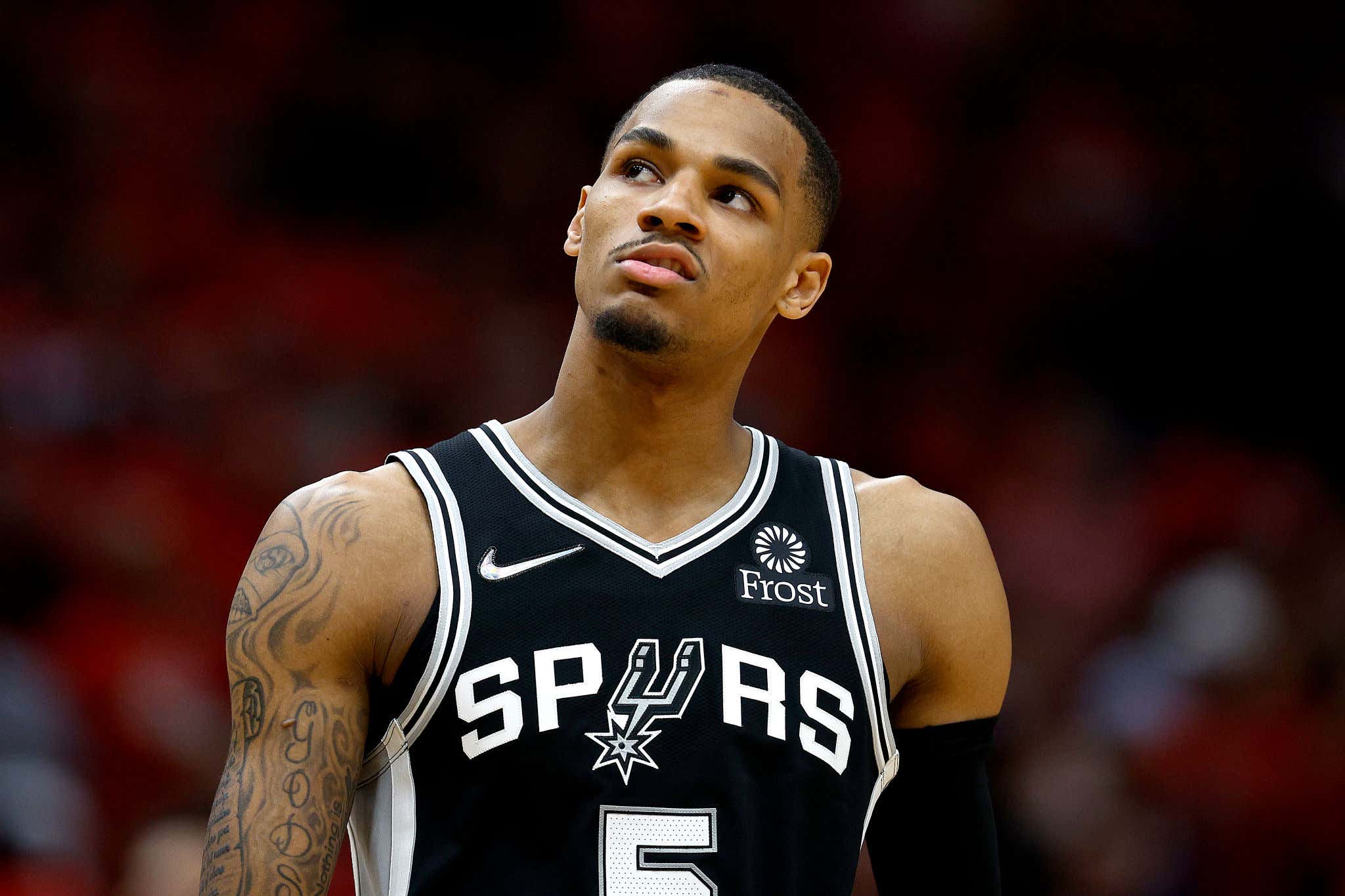 This classifies as a Woj bomb right? I've really wanted to use that gif with all these Woj tweets recently but this feels like the first one we've gotten where it's appropriate. What exactly are the Spurs doing? Fucked if I know. I guess doing everything they can to tank for Victor Wembanyama? While Gallo is the player moved, I'm not sold that he's going to even play for the Spurs if their plan is to now tank. His $21M is only $5M if he ends up being waived today. That little update wouldn't shock me one bit. But for the sake of the argument, let's say he does stay in SA as an expiring deal. That's…it? There wasn't a better move on the market for Dejounte Murray? Also, why even trade Murray? It's no lock you end up with the #1 pick and Murray by all accounts is good enough to be a franchise guard. I would get it if maybe Derrick White was still on the roster, but they traded him at the deadline too. It's all very strange as to what the Spurs motivation even was. It's not like Murray is a threat to leave, he still has 2 years left on his deal.

There were also reports the Spurs are moving on from Lonnie Walker IV, so what's the deal with Keldon Johnson. Is he now available too? Jakob Poeltl? If you're going to blow it up don't you have to fully blow it up for it to even make sense? What good is getting rid of both of your guards only to then stop there? Is Pop awake?

From the Hawks side, no brainer. Gallo is an expiring older player who clearly isn't part of their future, and they needed to figure out a way to help Trae in terms of the perimeter defense. Since Dejounte is more of the on ball type player, you can move Trae off ball no problem. While the pick haul might be a lot, they probably looked at it like if this trade makes the Hawks good, giving up the low 1st round picks is worth it.

Plus, you cannot underestimate the power of Klutch Sports. Both Trae and Murray are Klutch clients, and they certainly weren't being quiet about this whole thing

I'm now curious what this means in terms of guys on the Hawks roster that might be available. Bogdanovic and Kevin Huerter come to mind as potential names. The Hawks GM has made it clear they are looking to move off some money, and both of those guys fit that description. I would expect that to be the next shoe to drop once the craziness really gets underway.

Based on everything Lowe is saying, this feels like the difference was draft compensation. Nobody else I guess was willing to pay that price which I get to some degree. Every player has a price, and at some point you have to draw a line in the sand. Sometimes these risks work out. Just ask the Bucks and their decision to go all in on Jrue Holiday. The only difference is the Hawks don't have Giannis.

What they did need to do was address their defense. That has been their achilles heel for years now and ultimately what ended their season. Dejounte certainly helps in that regard, so I get why they went all in.