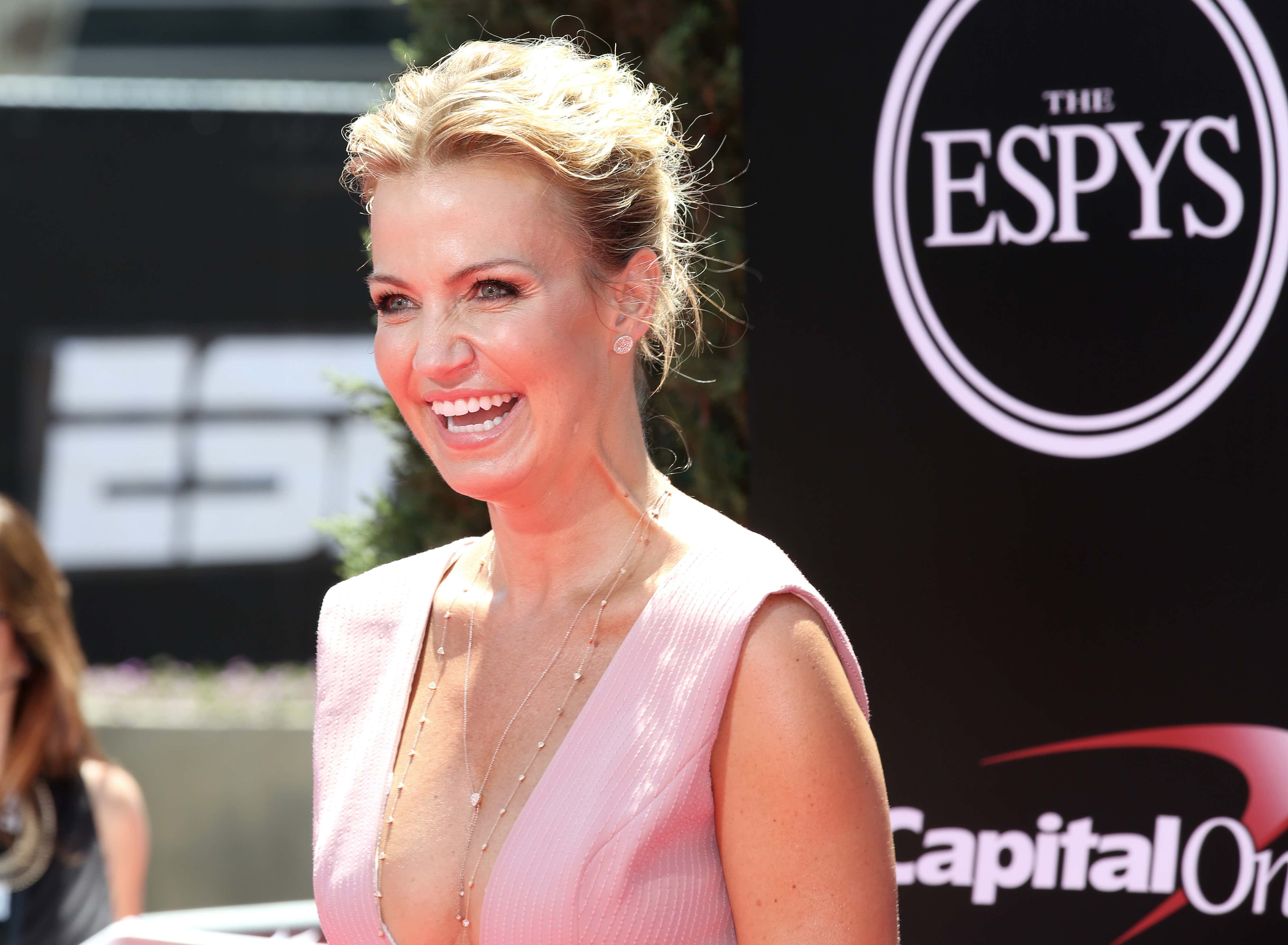 When Tom Brady agreed to take $375 million of Fox' money to sit in the broadcast booth and utter Bradyisms after his playing days are over in 20 years or so, I think most of us selfishly thought only of ourselves. Will I like him? Will he be good at this job? Will he wear out his welcome over a 17-game season, plus playoffs? Will I be able to focus on the game after he stares into the camera with those deep, entrancing eyes that are the color of the water in the swim-up pool bar in Heaven? And so on.

What very few of us considered is how this will affect others. Namely, those career broadcasters who are struggling to eke out an existence in a competitive, dog-eat-dog industry that is constantly downsizing. The lifers who have been clawing their way to the top of the sports TV mountain their whole adult lives, and are making considerably less than $375 million.

Michelle Beadle for one. She is mad as hell, and she's not going to suffer in silence. She went on Bob Ley's podcast and vented her frustration. (Don't ask me for the time code; it's in there somewhere.):

I can see the logic in her frustration. It's not easy to watch a rookie get signed for more than any veteran has ever made. In a way, it reminds me of the stories from the time when Fox paid Chevy Chase a mountain of gold to put on the worst talk show in late night history. And people working there and at all the other Fox-owned properties took to wearing t-shirts that read, "CHEVY CHASE GOT MY RAISE."

But that's the entertainment business. It's not a meritocracy. It's not fair. It's not about educating the masses. Or your skills at presenting the subtle nuances of the game. It's got nothing to do with your deft command of the language. It's about putting eyeballs on screens. Brady might or might not be good at the first three. We shall see, unless he plays for eternity (which is a 50/50 prop at this point). But he'll definitely accomplish the last one.

I get it though. I can see it from Beadle's point of view. She's been grinding her way through this tough business for decades, and the GOAT steps in and on Day 1 gets to sleep on a giant pallet of $100 bills before we even know if he can string sentences together for a 3-hour broadcast.

I've heard Adam Carolla make this point about America's Got Talent. How you can just see in Howie Mandel's eyes he's trying to knock it out of the park with something clever to say every time they throw it to him. Howie Mandel, who's been in the business of entertaining people since working comedy clubs 40 years ago, feels the pressure to deliver every, single time. Then they go to Heidi Klum and she'll say something like "I liked it," or "Meh, I didn't much care for it." To thunderous applause and nods from every head in the audience. Because she's been gorgeous for almost as long as Mandel has been funny. So she doesn't have to work at it. She just has to be Heidi Klum.

This is the same situation, but with the gender roles reversed. Tom Brady is a beautiful winner with seven championships. And counting. No one can compete with that. So resentment is the natural reaction. It's just going to get the Journos nowhere.