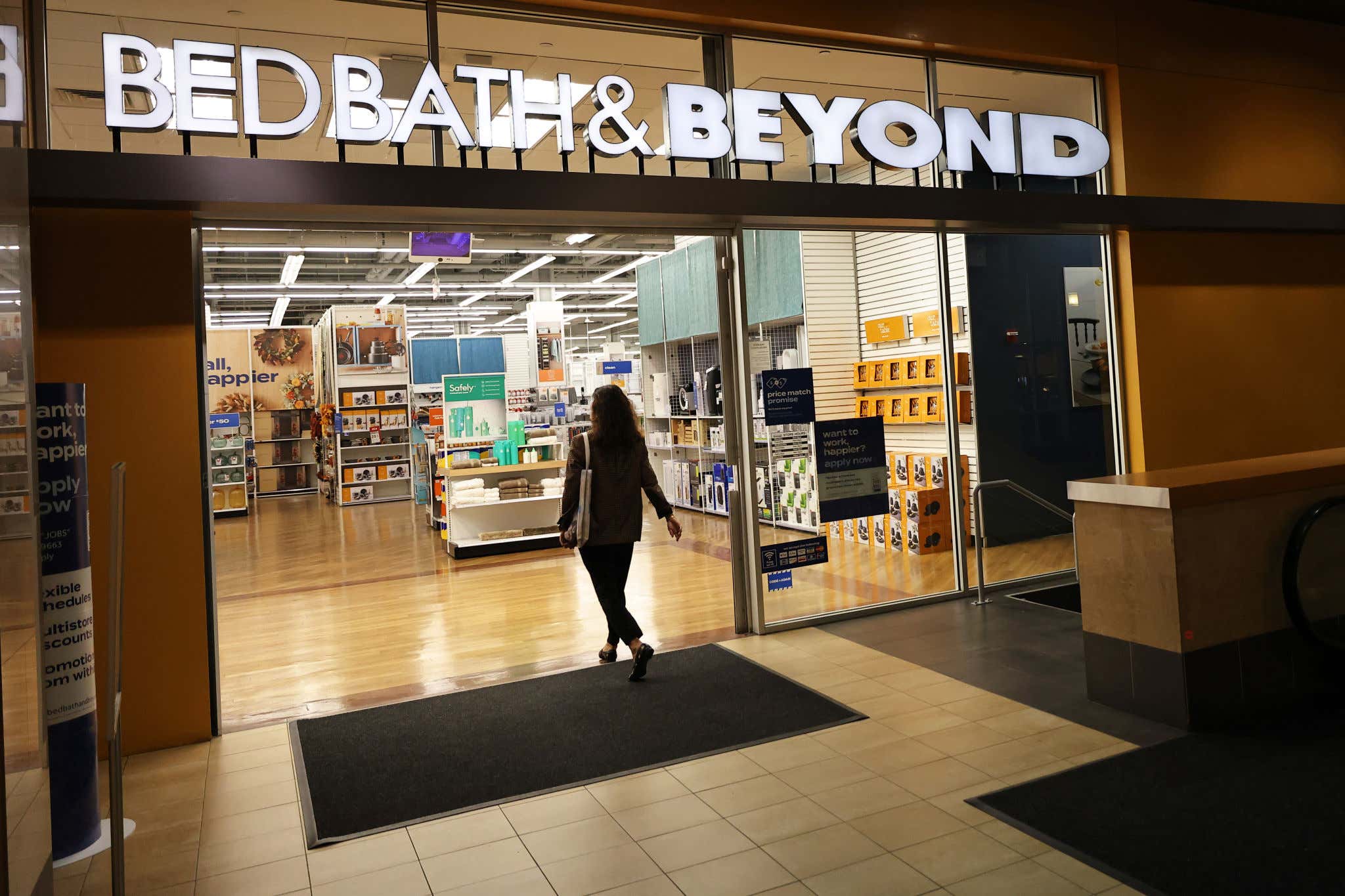 Bed Bath & Beyond just curb stomped one of the last redeeming qualities about shopping in-store vs. online: that sweet, refreshing blast of cool AC air that hits you in the face when you walk through the automatic doors of a Home Depot… or Bed Bath & Beyond (if there's enough time) on a balmy summer day. If the Barstool Chicago guys ever do super-niche brick and mortar retail Snake Draft, that cool breeze has to be right up there with nailing a self-checkout on the first try.

A Bank of America analyst (read: snitch) covering BB&B noted that during store visits the AC had been turned off. (Side note: can you imagine having an Ivy League education and having to go visit strip malls to count Squatty Potties and check thermostats? Loser.)

The store that 'nice little Saturdays' are made of has been ruling the thermostat with more of an iron fist than your dad:

The struggling home goods chain — which reported a steep decline in sales last quarter — is turning down the air-conditioning in its stores in an effort to cut costs, according to Bank of America analysts who have visited the stores.

Along with turning down the thermostat, the company has chopped its employees’ hours and canceled remodeling projects, according to the report. (NY POST)

It probably shouldn't come as a much of a surprise that the store that peaked in Adam Sandler's masterpiece, 'Click,' is pulling the ultimate dad move to save some money. The former meme stonk has been on the struggle bus. Today it actually fired the CEO that was supposed to be the company's savior and dropped a brutal earnings report. Shares dropped more than 20%. And bankruptcy is not out of the question.

'In real life' retail has been tough to watch for at least a decade. Thanks a lot, Bezos. I can't put my finger on the exact time of death, but whenever people stopped trampling each other to death on Black Friday was probably the beginning of the end. Bring me back. Fear of death by 'rona didn't do retailers any favors either. Shopping online is and always will be superior to dealing with other humans, especially when Amazon rolls out same day delivery via its mothership.

As for shopping in Zuck's metaverse, I've watched enough 'Black Mirror' to know that's probably not going to end well, but I am starting to think it can't be any worse than shopping for scratchy ass Bed Bath & Beyond towels in a 90 degree store or getting shanked at a Best Buy during a flash mob robbery.

PS, IF YOU WANT MORE FINANCE NEWS AND COMMENTARY, CHECK OUT THE FAMILY OFFICE. LARGE AND I TALK MARKETS AND ARE INVESTING $5,001 OF OUR OWN MONEY FOR YOUR ENTERTAINMENT. WATCH EPISODE 3 NOW (SPOILER ALERT: WE DOUBLED OUR MONEY ON A REVLON TRADE).