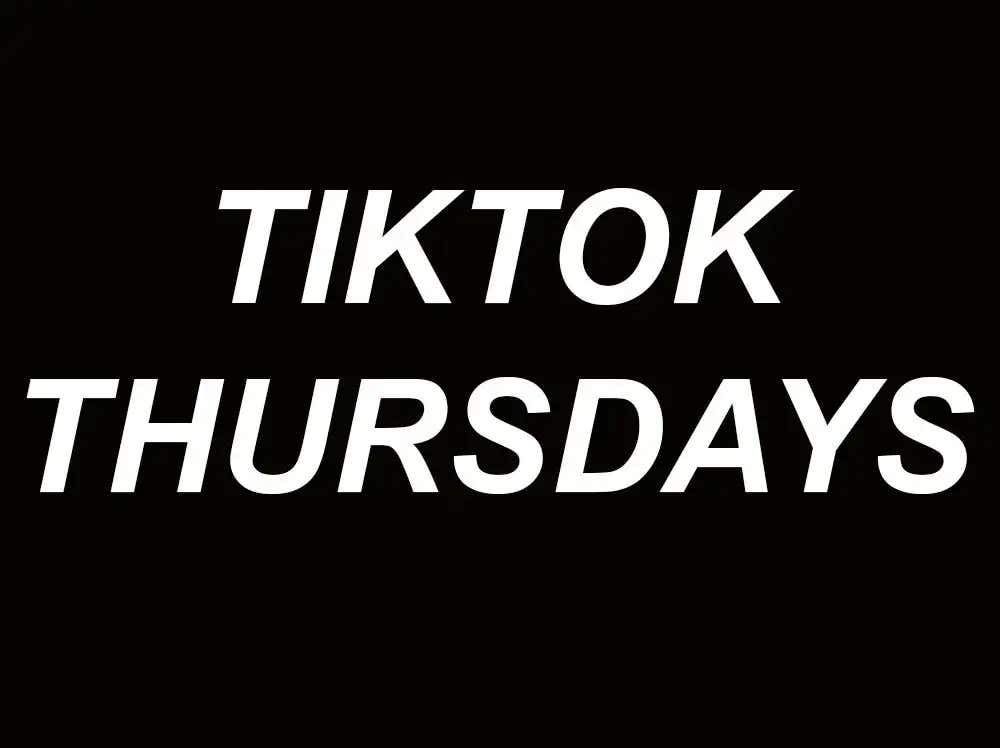 Picture this: You finally find the girl you have been looking for your entire life. She likes swimming in the crick, listening to Buckcherry and watching COPS. What more could you want in a woman? Unfortunately, she runs off with your roommate/uncle because he has a "better future"(cutting down trees for the state) and drives a 1992 AMC Pacer. Here, you are presented with the option to either pawn the cubic zirconia rock for some other rocks, or throw that sucker in the pound where it belongs. I'm happy he made the right choice.

Say what you want about Big Cat, but he has undeniably gotten his summer body in shape thanks to his basketball workouts.

This lady falls into a group I love from TikTok: People who are technologically advanced enough to get on TikTok and idk how. She has chaw hanging around her mouth like a dirty butthole and flies crawling around on her face. How does she know how to operate a smartphone well enough to get onto the app and record?

UnIike the last lady, I hate the group that this guy falls into: Older people trying to do comedy on a teen dancing app. This dude watched 3 Jim Carrey movies in the 90s and devoted his entire persona to being a poor man's version of him. It's not as bad as the SNL tryout dude, but it is still horrendous.

This woman falls into the same category as the last guy except she is wayyyyy worse. All of her videos involve doing some insane performance art where she covers herself and her house with food and other waste. Combine that with the other old person on tiktok's favorite technique, the fast-forward effect, and it is a recipe for disaster.

I had to include at least one foot video since I know that is what you guys came for anyway. Hopefully not in a literal sense Jersey Jerry.