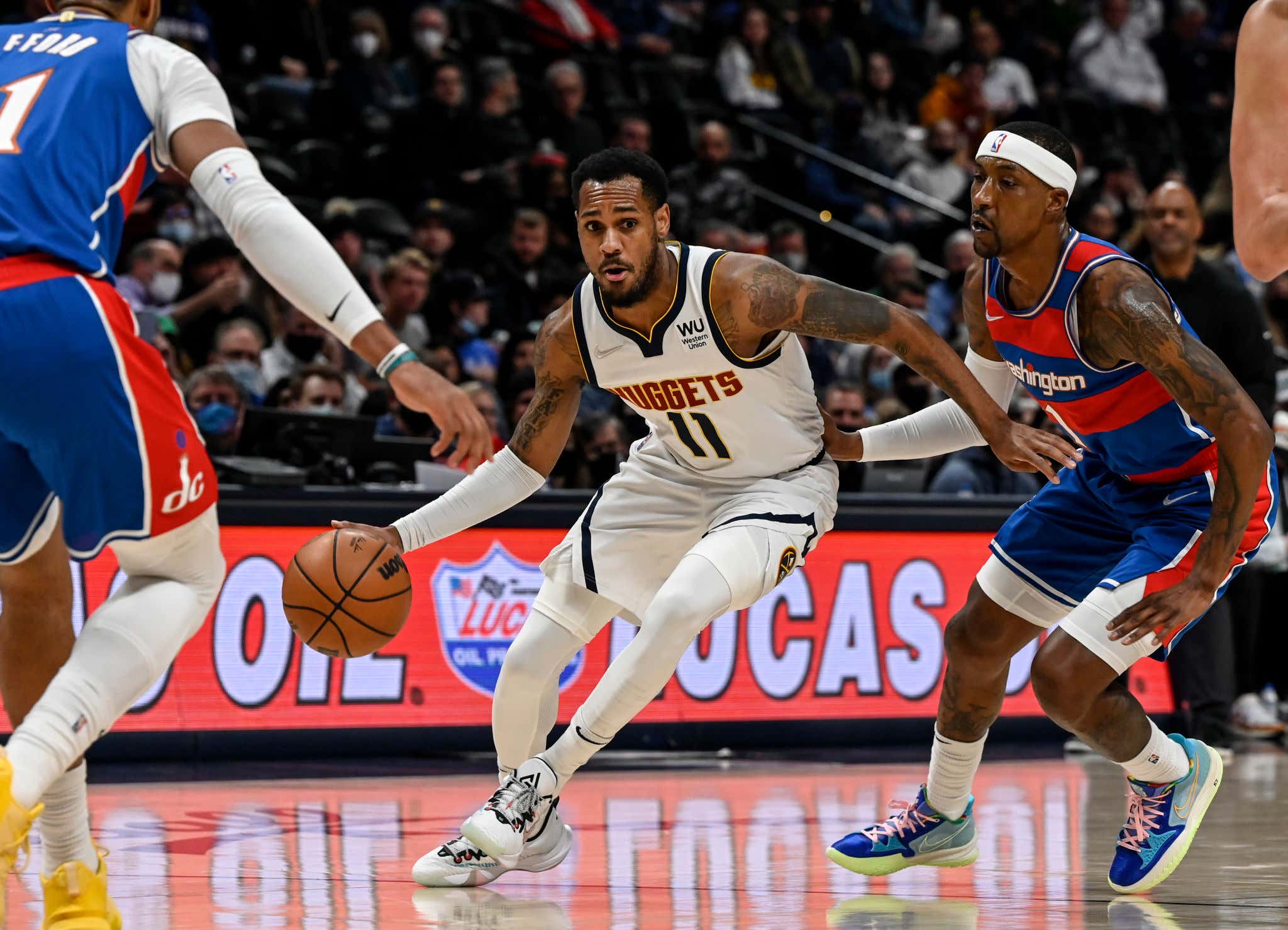 And we're off! Well, technically I'd say the Knicks got us started yesterday with the Burks/Noel trade to the Pistons, but by now you should be fully buckled and ready for these trade bombs to start coming in at any moment. With free agency starting tomorrow at 6pm, we all know this shit has been worked out for weeks now. I mean, how else does this happen without tampering if teams aren't supposed to be talking with anyone?

Just get rid of the tampering rules already and let us have the chaos, but that's a different topic for a different day.

Today we're talking about this DEN/WSH trade that I think I sneaky like for both sides? What's the deal with that lately. I'd say nearly all of the trades we've seen go down these last few weeks have legit been win/wins for both sides, and I feel like that almost never happens. Let's take a quick look at why each side was even interested in making this swap in the first place

For starters, they addressed an area of need. That's always a positive that needs to be factored into making a trade. Remember, the Nuggets are getting Jamal Murray and MPJ back next season, and I think any Nuggets fan will tell you they legitimately needed to address their wing defense/3pt shooting this summer. A guy like KCP checks both of those boxes. He's a good defender at the wing spot and is someone who shot 42% on catch & shoot threes this past season. When you're playing next to Jokic who is one of the most gifted passers of our generation, you need to be able to knock down your open catch & shoot looks.

As a team, the Nuggets ranked 13th in the league in catch & shoot 3P% at 36.6%, but just 16th overall in 3P% and 14th in 3PM. Adding a proven veteran in someone like KCP makes sense given what this team needs.

To upgrade at that spot, it was pretty clear that a decision was going to have to be made between guys like Bones Hyland and Monte Morris, and you can understand why the team went with Bones. He's younger, cheaper, and very very exciting

This now opens a path for more Bones minutes, and I cant imagine anyone is against seeing more Bones. Dude is electric.

We also have some NBA history with this trade as Ish Smith will now be playing for his 13th franchise if he ever suits up for the Nuggets. That's pretty crazy. If he does end up staying on the roster, he's another proven veteran ball handler who can be a microwave scorer on any given night. You don't realize it but then you look down and Ish Smith has 10 points in 3 minutes off the bench. It's fascinating really and you would think he would be able to stick somewhere given the need for backup point guards in today's NBA, but I'd certainly rather play him than someone like Facundo Campazzo.

With Will Barton, there's the potential for some addition by subtraction here. He's a long time Nugget, but you get the sense that at times the fanbase was ready to move on from him. My guess is the Nuggets probably weren't looking to give him another deal once this current one expires since he's 31 while KCP is 3 years younger.

Then there's also the financial side. Going from an 8M TPE to a 9M TPE can always be useful once you get to the deadline, or even later this offseason.

Just like with the Nuggets, the Wizards also addressed some needs with this move. They needed guard help in a big way. Before this trade, only rookie Johnny Davis and like Raul Neto were on this roster (I think Santoransky is going to Europe). Bringing in Monte Morris helps them right away. Remember, the Wizards need to be showing Bradley Beal that they are committed to actually bringing in some talent, and both Morris and Barton are proven NBA players who help from a talent injection standpoint. Monte Morris can really play

My guess is they saw an opportunity to upgrade and bring in a much needed guard, and while the cost of KCP isn't nothing, it's not like Will Barton is chopped liver. If nothing else, he could always act as salary filler in a future deal if needed as a pretty nice salary $ as an expiring deal. That gives the Wizards some flexibility moving forward which is always important to have

It's one of those trades that isn't overly sexy, partly because I thought many Wizards fans were spending time watching the Nuggets, but to me this is one of those trades where we look back in like January and everyone is happy with what happened. Is this enough to convince Beal to stay? Eh, I mean I think the $250M extension is more of a reason but this certainly shows him that the team is willing to do whatever in an effort to address needs and bring him some actual talent to help shoulder the load.

I'll say this though. These trades are starting to give me the itch. I need more. I don't care who it is and which teams it involves, I just need more action. Every single time my phone vibrates it makes my heart skip a beat. There is nothing better than this time of year, we're all refreshing our timelines 50,000 times a second and given how unpredictable the NBA is, everything is on the table. My guess is this is not the last Shams/Woj bomb we're going to get before tomorrow evening, and I cannot wait to see what comes next.

Now if you'll excuse me, I have to get back to Twitter. Thank you.