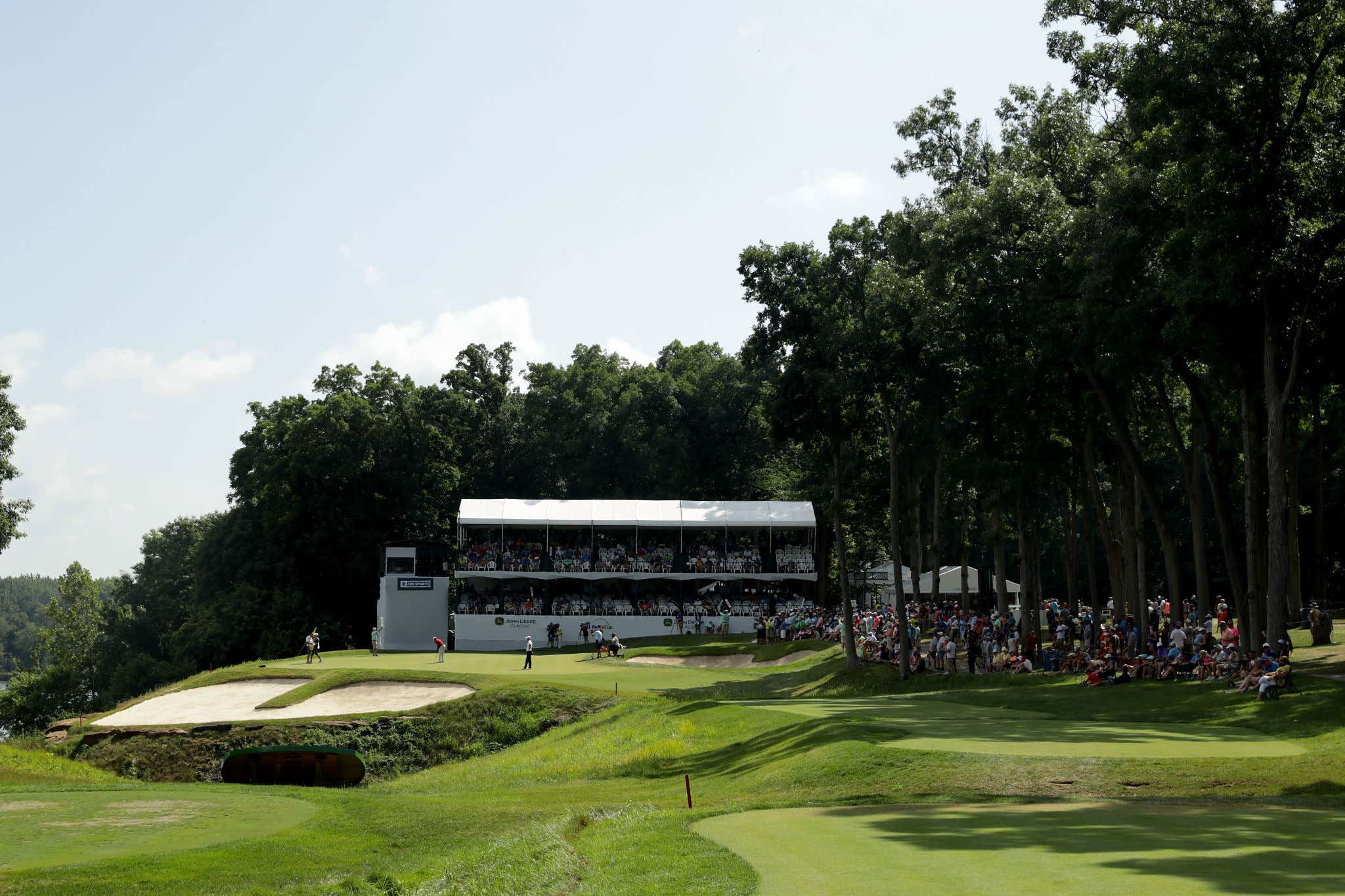 Welcome to John Deere week. What a tournament this is. It's the crowned jewel of the Quad City golf scene. I dare you to find a midwest PGA Tour event sponsored by an agricultural machinery manufacturer better than this one. Go ahead. Name one.

All jokes aside, this event is one that's been going downhill for years due to its proximity on the schedule to The Open. For years it was the week right before, where they tried to incentivize players to compete by offering them a charter jet from the QC to the UK at the end of the event. It hardly worked, as most top players preferred to head to the UK earlier and play the Scottish Open instead.

Now the PGA Tour has moved the JD Classic up a week and joined the European Tour in running the Scottish Open together next week, which has only further hurt this week's field. Couple that with LIV Golf departures and the Irish Open this week and this field becomes an even bigger joke than it usually is.

Full disclosure - I considered not even writing this preview blog. But then I remembered that skipping a weekly blog I committed (only to myself) to write is not the kind of behavior that gets you hired full-time at Barstool Sports. So here we are. Sorry not sorry if some of this content is a bit briefer than usual. 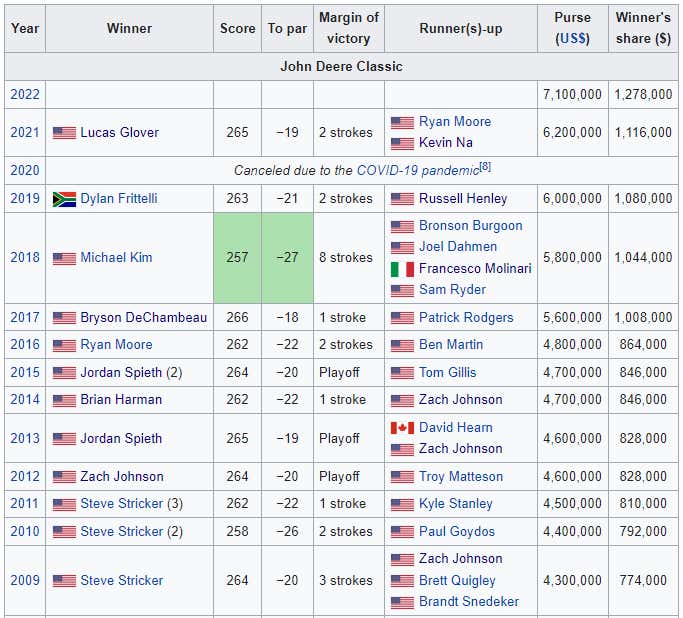 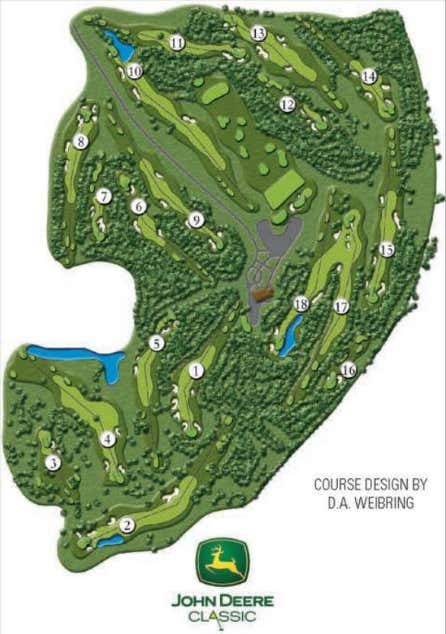 The JD Classic has been hosted in the Quad Cities since 1971 and been played at TPC Deere Run since 2000 when the course was completed. Deere Run is a par 71 measuring 7,258 from the tippiest tips. It's also one of the most renowned birdiefests on Tour. The highest winning score here has been 268 (-16) and is routinely -20 or higher.

When you hear "birdiefest", you probably assume there's a ton of wedges in. You'd be correct on that. There's 11 par 4's on the course and 8 of them are between 350 and 450 yards. For guys that can smack it 300+ in their sleep, that's wedge city. Hit it tight and make your putts and you're gonna have a chance. That's how you get guys like Steve Stricker winning this three times, Jordan Spieth winning here twice early in his career (including once as a teenager), and cornboy Zach Johnson. 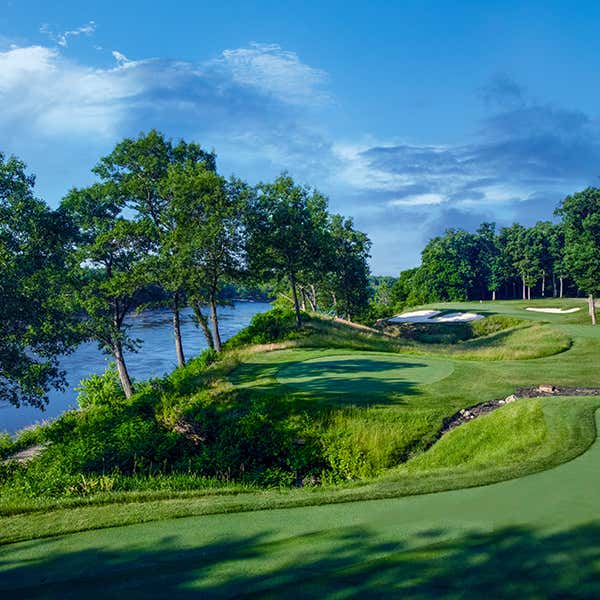 The signature hole at Deere Run is the par 3 16th. Big wide green with danger all down the left and a large bunker protecting the front side of that green. It can be an easy hole with a good swing but if you get a little tug-happy with a back left pin, you're way down a hill and in big trouble. I've learned that the hard way in PGA Tour 2k. Don't be me in PGA Tour 2k. 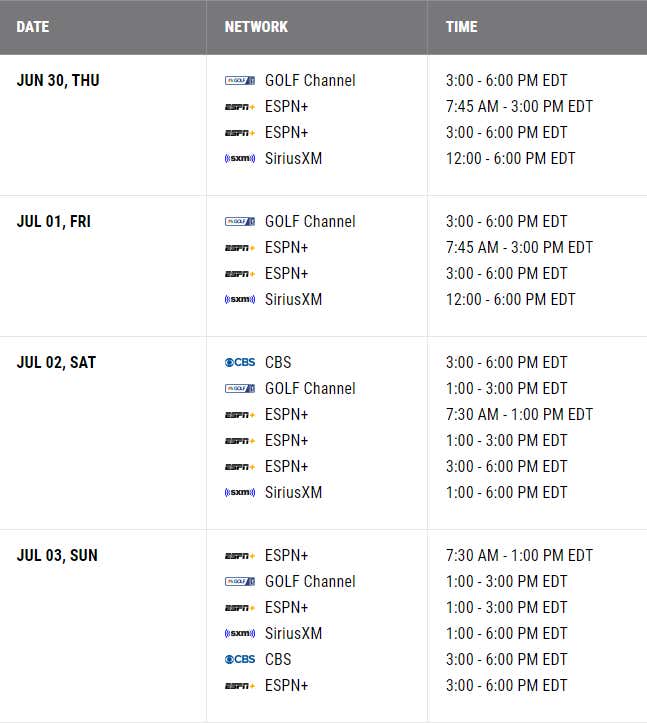 CBS. Oh by the way, Faldo is retiring in a few weeks. 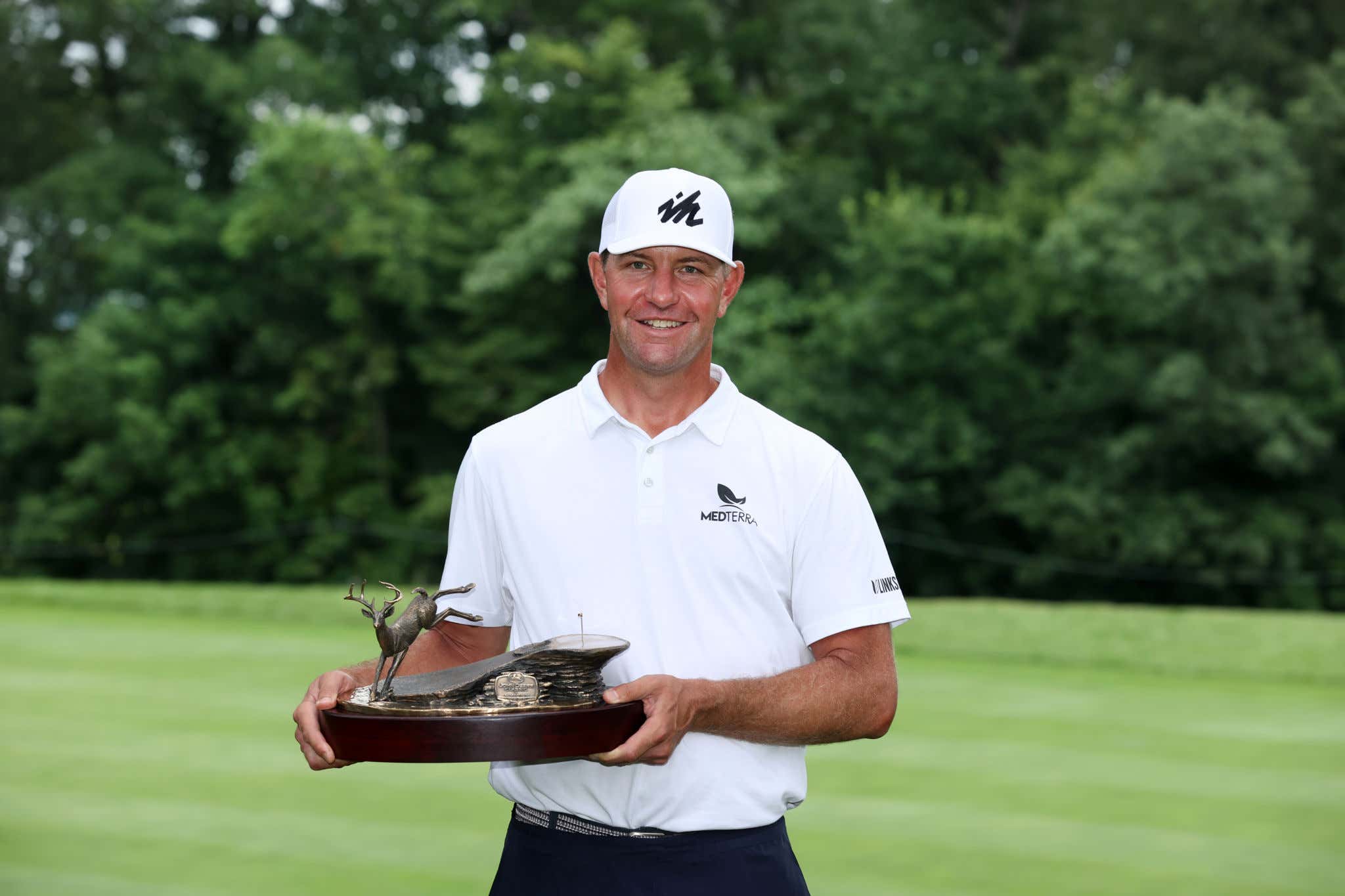 Gotta say, that's a pretty sweet looking deer. Cool little elevated green on there too. I respect that this trophy isn't trying to do more than what it is. 6/10.

Also, I wouldn't be doing my job if I didn't acknowledge the John Deere Classic's top tier tee marker. What a beauty. 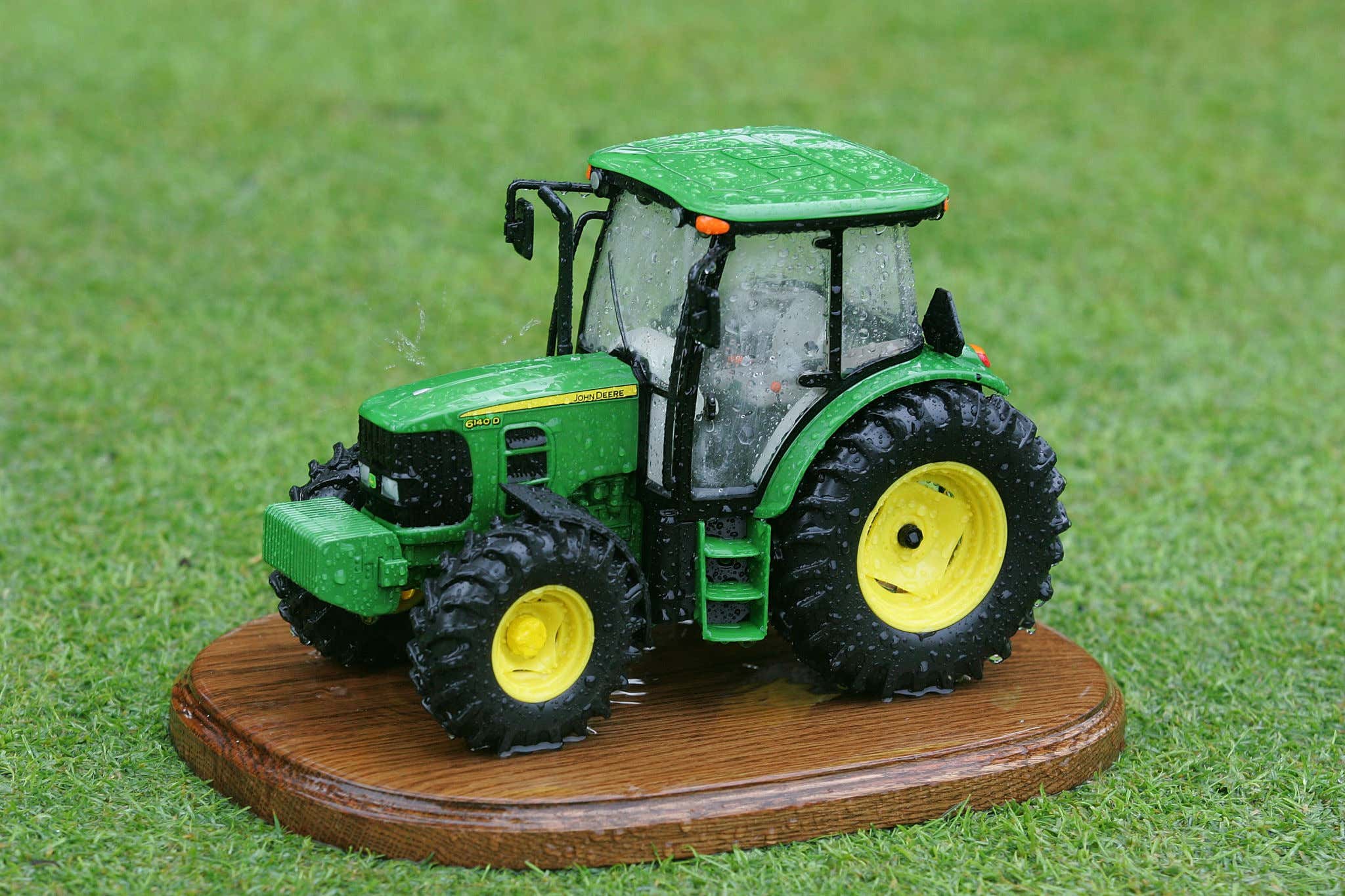 Daniel Berger was originally in this field as the only player ranked in the OWGR Top 50. He withdrew on Monday, so we're left with world #58 Webb Simpson as the favorite at +1100 at the Barstool Sportsbook. Yikes.

The rest of the top of the board is littered with guys who know this course is a great fit for them. Guys who don't hit it a long way and circle the John Deere along with Pebble Beach and Sea Island on the calendar every year.

I'm gonna ride a little bit of a hot hand here for my pick with Nick Hardy +3000. He started out his rookie year on Tour with a ton of missed cuts but seems to have found something the last month or so. He mixed in a Korn Ferry event in late May and finished solo 2nd and has taken that momentum up to the big boy Tour. He finished T-35 at the Canadian, T-14 at the US Open (including a late tee time Sunday), and T-8 at the Travelers and now has a far lesser field in front of him. Great opportunity to lock up a card for him.

JT Poston To Win +3300 - T-2 last week and finished T-3 at another short course earlier this year (the Heritage). There's been steam on him as the week has progressed.

Lucas Glover To Win +5000 - Only has one Top 10 this year (all the way back at the Sony) but this tournament seems to yield a lot of repeat champions so why not?

Kelly Kraft Top 10 +1200 - Best putter on Tour from inside 10 feet at a tournament where those will come in handy.

Harry Higgs Top 20 +900 - The disrespect! In a field like this?!? He's been ice cold but can you really bet against a guy named the Big Rig at the John Deere Classic?

BONUS: Seamus Power To Win The Irish Open +1400 - Seamus has been close to a signature win for a while now and it would mean a lot for him to win his home country's national championship.

Enjoy the John Deere (and the Irish Open).