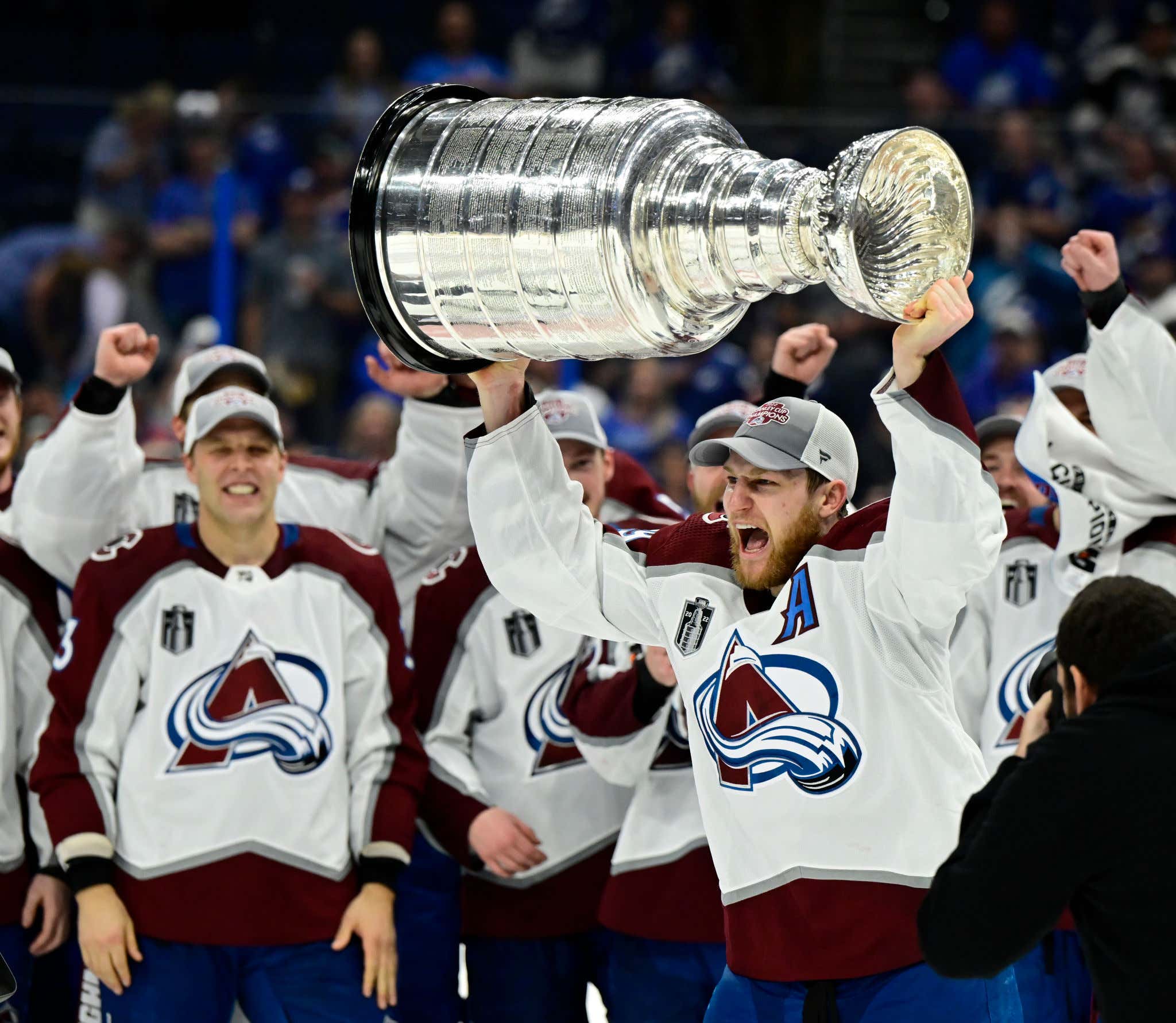 You know how everyone had that one friend growing up who never snuck a single sip of alcohol in high school, and then all of a sudden once they got to college they went insane on the booze? Well that's essentially Nathan MacKinnon right now. An interview came out last summer with Nikita Zadorov where he said the Nate Dogg's diet is insane. Only drinks water. Got rid of all the soda and ice cream in the locker room. No more white sauce on pasta for the boys, and the pasta itself was changed to chickpea pasta for pregame meals. And all of this was done with the goal in mind to do whatever it takes to win the Cup.

ESPN - To begin his own legacy, he ended another, eliminating the back-to-back defending Stanley Cup champions.

"It's crazy how they went back-to-back," MacKinnon said. "I might get fat as s--- right now, so I don't know if we're going back-to-back. But I'm going to enjoy it for sure."

Imagine drinking nothing but water for a year, eating nothing but chickpea pasta and protein shakes. Now you win the Cup and you're demolishing a million Coors Lights out of it per day for the next week. You wake up and the first thing you do is chug a Coors Light out of the Cup. You've got a hangover from the night before so you go out to get yourself a little bacon egg and cheese on a bagel to help get that stomach right. Best thing to wash that down with is another Coors Light out of the Cup. You get yourself ready for the parade on Thursday where you've got at least another baker's dozen Blue Mountains waiting for you. Load up on all the pasta with white sauce you want because you know it's going to be a long one. Maybe even hammer back a pack or two of Skittles. Who cares, you're not driving.

Moral of the story is that Nathan MacKinnon is about to let loose and get after it a bit here. Full blown bender watch. It's going to be like Super Size Me. Luckily the Avs are a complete wagon and will have no issue with making it back to the playoffs next year. But don't expect them to come out hot straight out of the gate when they're still trying to work off the 3000 cheeseburgers they crushed in the offseason. Going back-to-back is just for the nerds who don't party hard enough after they win their first.