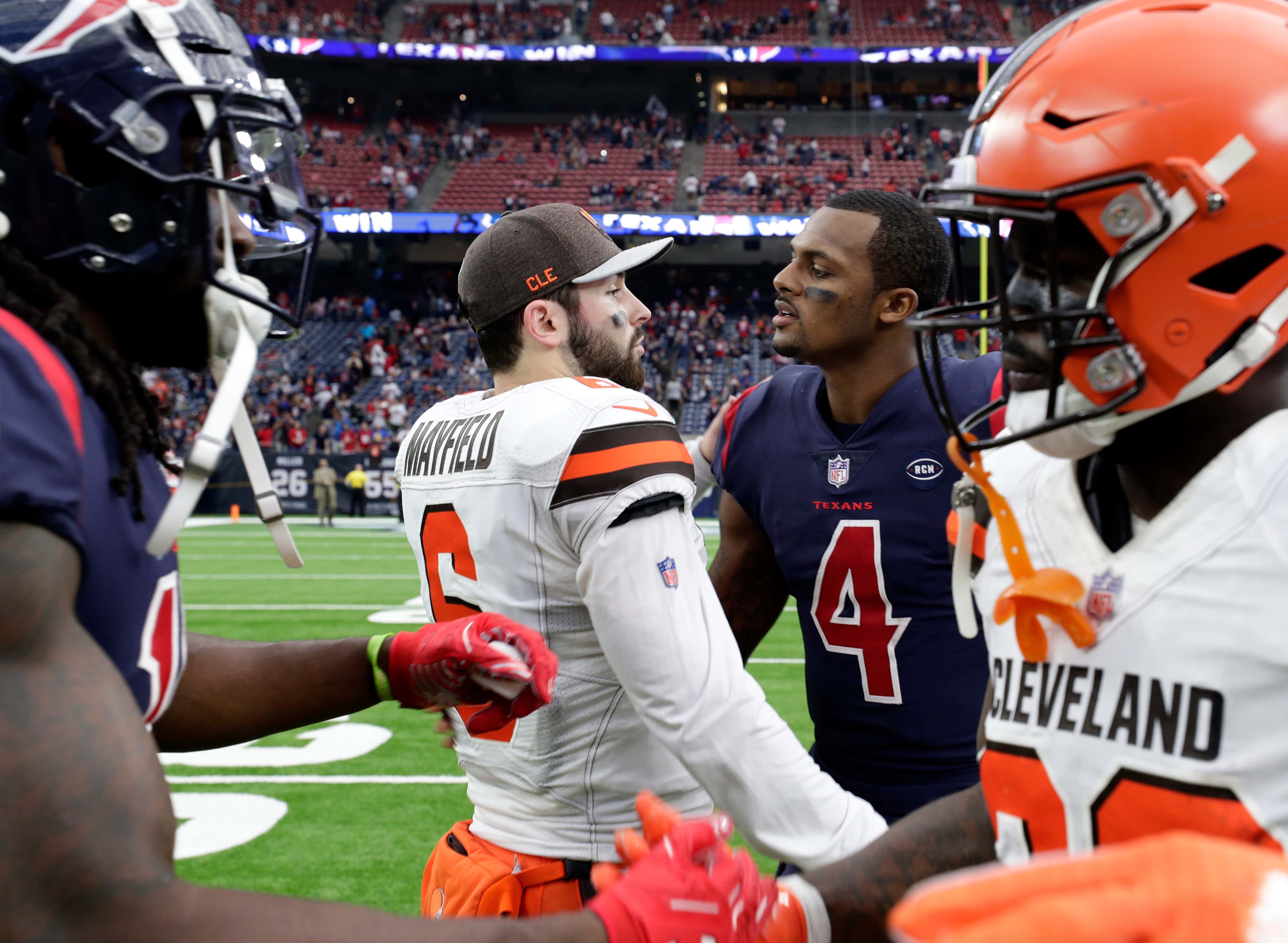 To some extent or another, it happens in every committed, long-term relationship. Where the day-to-day drudgery of life together starts to take a toll on the romance and, as they say, the bloom comes off the rose. So you meet someone new and exciting. Someone with whom you've never argued over who's overusing the credit card, who keeps dumping dishes in the sink without washing them and who isn't showing enough interest in whose climaxes. So that person seems like an upgrade. Someone you deserve. Who'll be better for you and finally fulfill all your wishes. And you forget what brought you and your significant other together in the first place.

But making that switch should come with a warning label reminding you not to get involved with someone who has issues worse than the one you're dumping. Sometimes drudgery is preferable to chaos. A bloomless rose can be better than one filled with thorns. That's a scenario that's becoming more and more real to the Cleveland Browns as they work their way through Deshaun Watson's particular issues.

Even as he's settled 20 of the 24 sexual assault lawsuits against him, and he's apparently not facing criminal charges for any of them, the news coming out seems to get worse by the day. Including a sworn statement by a Houston detective calling Watson's behavior "predatory" and "incriminating":

Meanwhile, the NFL has been floating trial balloons about how long they'll suspend him for.

Which brings us back to my original metaphor. And to the Browns' spouse in all this, Baker Mayfield. If anyone thought this scorned quarterback was going to just sit there and welcome his franchise back with open arms and pick up where they left off, like all is forgiven, well Mister, you have got another thing coming:

Today when asked what he thought about not being traded out of Cleveland, he said, “I think I got frustrated with it not happening before at minicamp and all those things." Then in answer to follow up questions about him possibly being the Browns starting quarterback again, he sounded less than enthusiastic about having make-up sex with the team that drafted him.

"I think it’s been pretty obvious the mutual decision on both sides is to move on," he answered. "In order for that to happen, there would have to be some reaching out. But we're ready to move on, on both sides."

So it's painfully clear that the Browns picked up Watson hoping his legal entanglements would get sorted out, with Mayfield as a fallback option. Which is why they put no effort into trading him. And now as the possibility of a long term suspension gets more real by the day, they're finding they can't expect to be taken back by the one they dumped. Hell hath no fury like a scorned franchise quarterback. And the situation is an unmitigated disaster in the making.

I'll admit that Mayfield may just be posturing. Or might be out of options altogether as Browns' management holds all the cards. Then again, they might have to take their one and only chance to bail on a $230 million commitment they made to Watson. Because they wrote an out clause into the pre-nup:

How it all plays out is going to be fascinating. Probably the No. 1 storyline in pro football as camps approach. And all a reminder of the advice Crosby, Stills and Nash gave everyone back in the 70s: If you can't be with the one you love, love the one you're with."