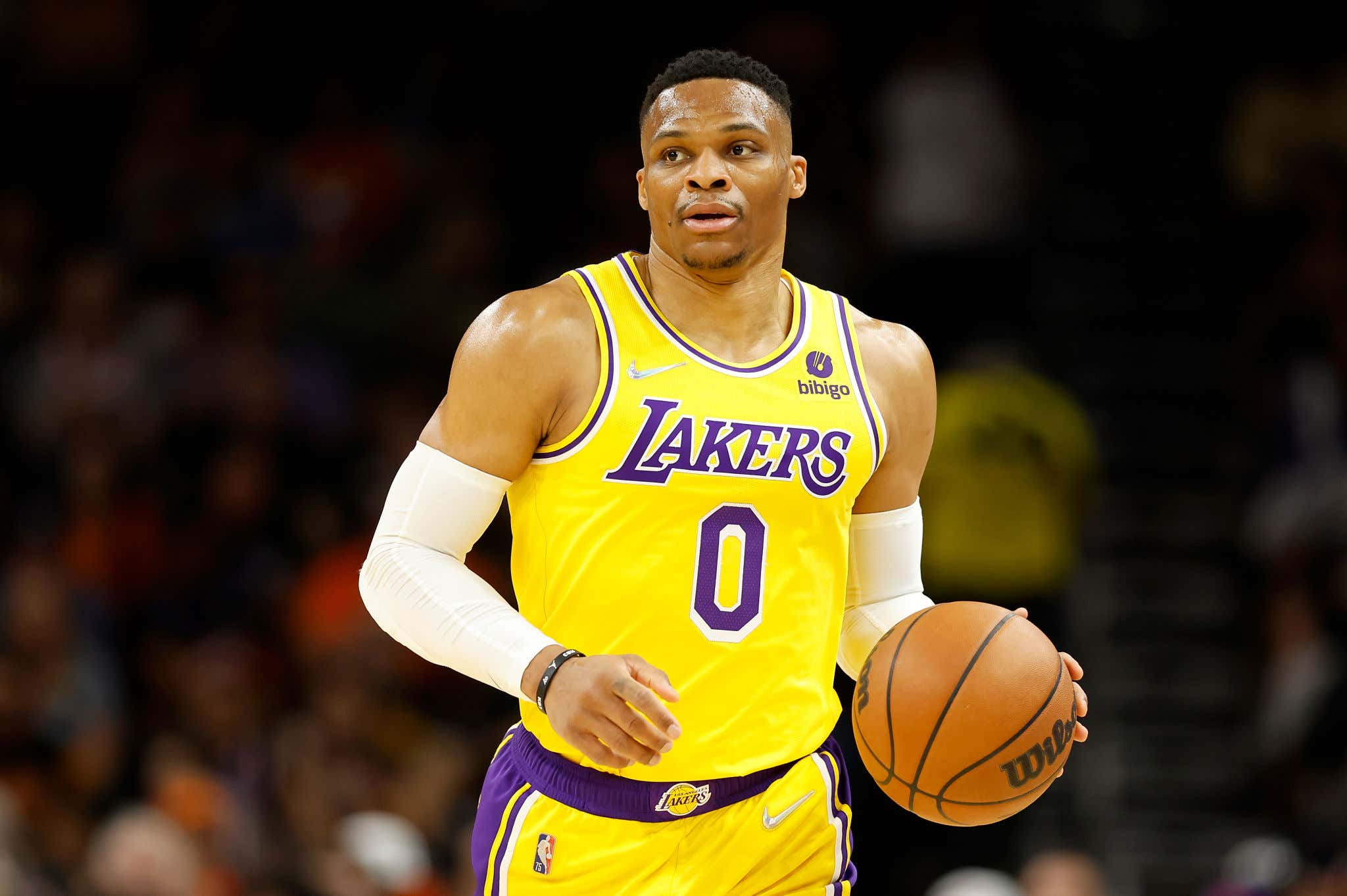 In the biggest no brainer in the history of no brainer, Russell Westbrook guaranteed himself $47M dollars this morning

Just like with John Wall, there was no way Westbrook wasn't going to pick up that option. It's nearly $50M! Even if this somehow ends in a buyout (unlikely imo), based on the precedent Wall just set yesterday, Westbrook is probably looking at around $41M guaranteed no matter what. Not a bad life if you ask me!

As you can imagine, Westbrook is feeling pretty good today. I mean how else would you feel after guaranteeing yourself that much money. Even for someone who has already made hundreds of millions, that has to be an incredible feeling

This news also probably makes Lakers fans sad, which is a fairly large reason as to why I love it so much. In 24 hours they went from convincing themselves that Kyrie was going to leave $30M on the table to play for the $6M MLE, only for him to pick up his $36M option to stay in Brooklyn. That's immediately followed up by Westbrook, someone it seems like most Lakers fans despise and want off their team, immediately all but guaranteeing he's staying for at least one more year. That's tremendous. Another year of this is exactly what the doctor ordered if you ask me

By opting in, this pretty much takes any sort of sign and trade off the board, just like it did with Kyrie. That means if the Lakers want to move Westbrook, they need to find a team willing to take in that $47M salary who also has the assets to match the money. Good luck with that. While you can never say never, now that someone like Wall no longer has a $47M salary and just signed with the Clippers, there aren't a ton of options out there.

Who knows, maybe this is the season that AD stays healthy, LeBron goes back to being an ironman who never misses time due to injury and Westbrook somehow figures out how to shoot the basketball. That all seems logical! Or, this is going to be yet another season of disaster and underachievement that ultimately wastes another year of LeBron's final few years. Remember, he's an UFA after the 2023 season (next year). There's no telling what he's going to do moving forward which is why this season is so important for the Lakers. The issue is the West is certainly only getting better and the Lakers aren't even the best team in their own city at the moment.

This is what happens when you allow LeBron to make all the decisions and build a roster by simply bringing in his friends. Now you're strapped with a $47M bill for a player you don't want anymore when you could have just traded for the Kings/Buddy Hield package and been in a much better spot in terms of roster balance and future. Whoops!