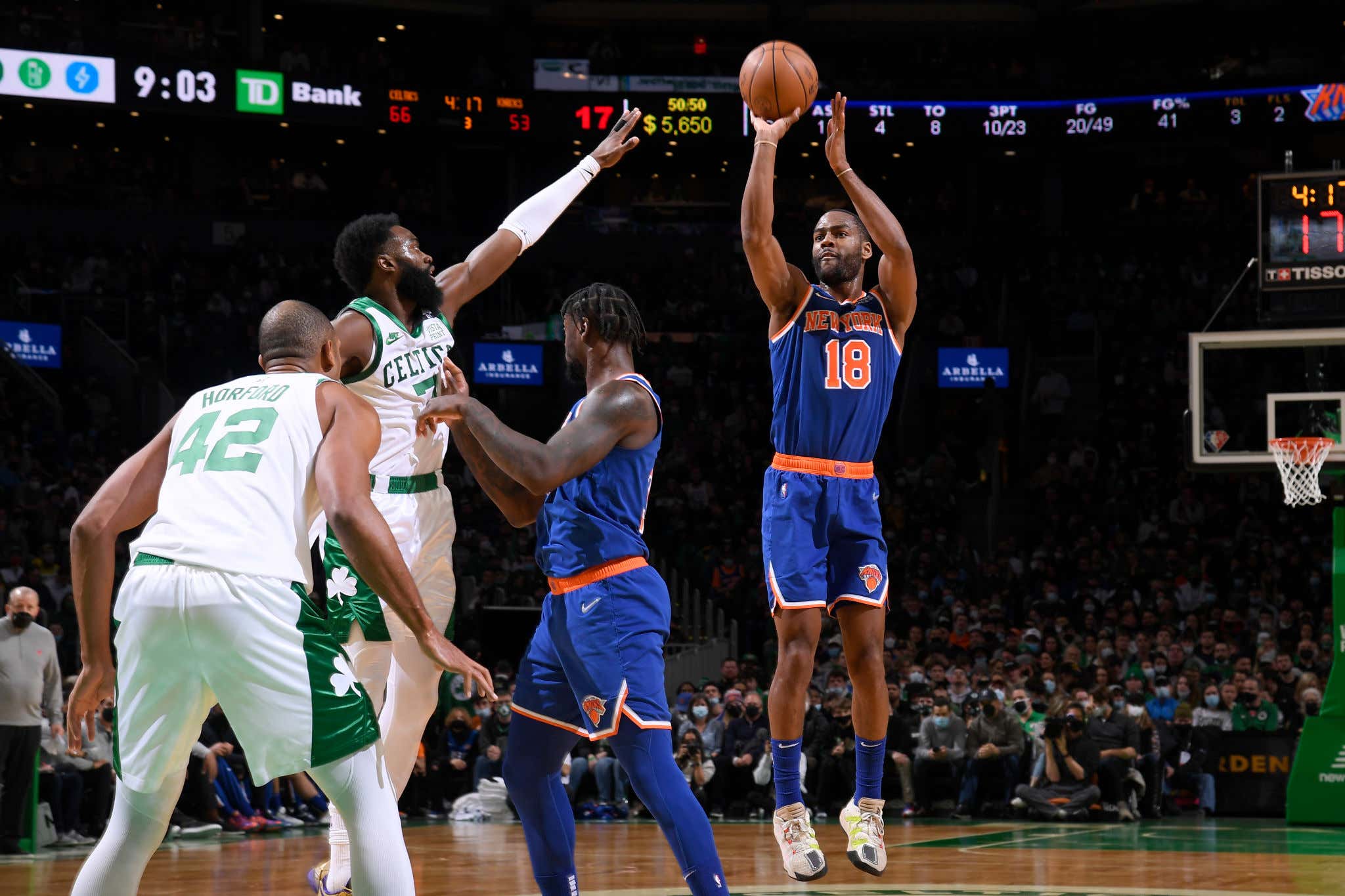 6 days ago I wrote this blog

Essentially, this was the Knicks making it publicly known that they need someone to come in and take Burks' $10M salary off their hands while not giving them back any salary so they can open up enough space to max Jalen Brunson or some shit. As one of 5 teams with a 10M+ TPE available (now it's 4 after POR used their 20M TPE on Jerami Grant) and given Burks' skillset combined with the Celts current roster needs, it made too much sense. You can read that blog to get into the specifics of the fit if you'd like.

A full one day later we got those very funny Evan Fournier into the Celts TPE rumors. I'm still chuckling to myself about that one. After the laughter subsided, this became abundantly clear

Well well well would you look at what's being reported today?

As I said last week, the fit makes too much sense. It surely won't cost Brad a lot of make this deal happen, not just because the Knicks need them to create the space, but also because Burks is coming off foot surgery. I know, a lot of you only want to focus on rather unrealistic guys like Dejounte Murray. He's a big name and a hell of a player, so I get it. But I also think it's more important to operate on planet earth when it comes to the TPE/MLE. If we're all somehow pleasantly surprised with news like that, great! Depends on the package of course, but that would certainly be a big time deal.

But after hearing Brad and Ime talk in their postseason pressers, I'd be shocked if it happened. When they talked about tweaks, I take that as adding window dressing, not changing the foundation. I see Alec Burks as a tweak. Something that gives them financial flexibility moving forward, something that we know Brad cares about more than you care about anything in your life. It addresses their current roster needs and allows them to add even more if the right deal presents itself since there would be $7M of that Fournier TPE left. Plus, Burks can play

When you canvas the free agent landscape and TPE candidates, Burks does check a lot of boxes. That obviously doesn't mean it's a done deal, but it's certainly something to keep your eye on over the next 48 hours. Remember, adding another $10M salary to the mix does give Brad more mid-salary numbers to potentially throw in future trades if a high salaried player might one day become available without touching their core players. That matters too and I'm sure factors into Brad's thinking.

I get that Burks might not be the "sexy" name like Dejounte Murray, but the Celts don't need to make a "sexy" move this offseason. They just need to make a smart move that addresses their needs. On paper, Burks checks more than a few boxes and now with more smoke surrounding a potential move, this feels like the current leader in the clubhouse for at least part of that Fournier TPE.