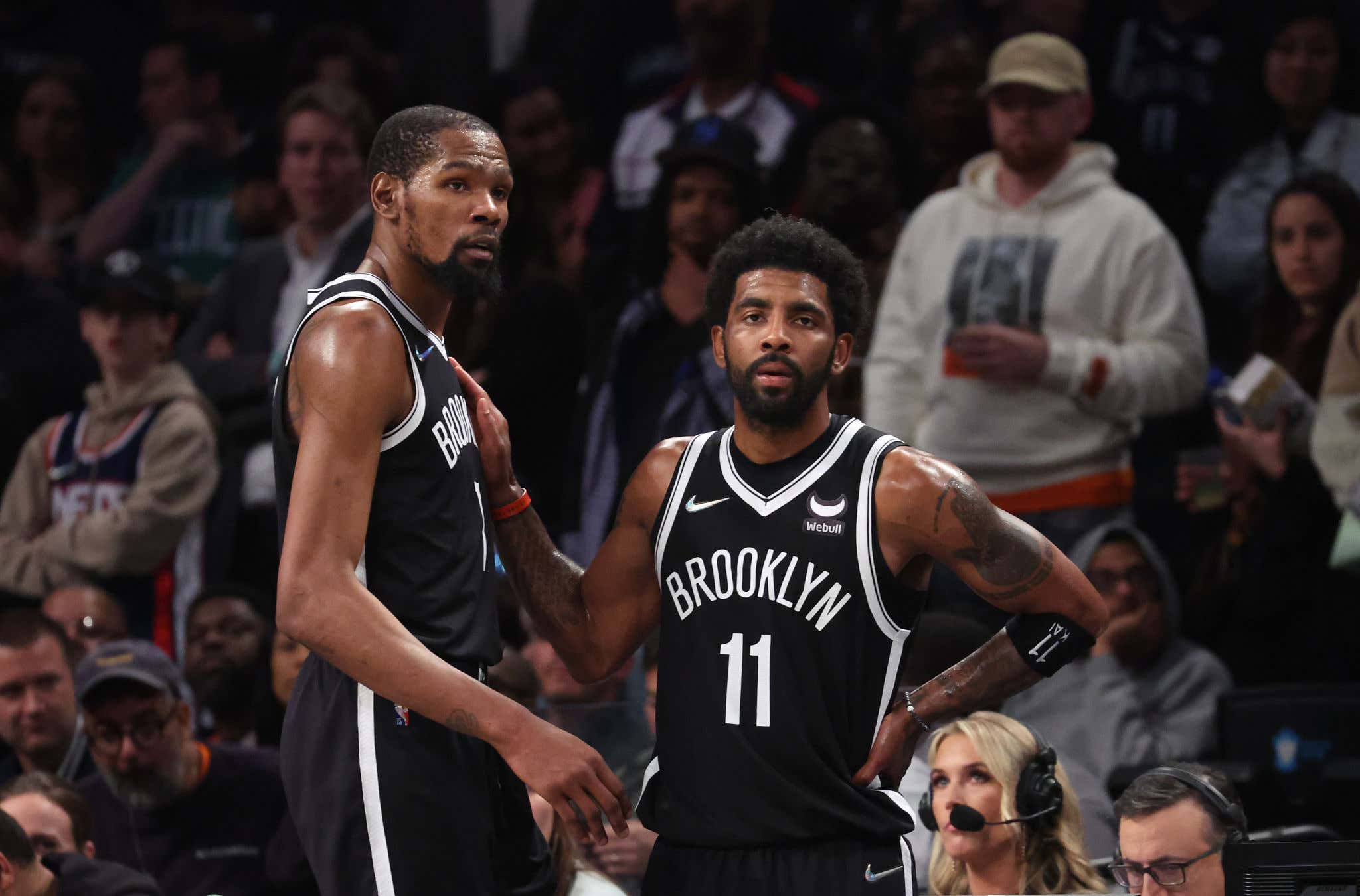 Well ya have it folks. As much as Lakers fans were convinced that Kyrie would give up $30M to go play with LeBron because of some sort of weird Lakers privilege, that worked out about as well as the time DeMar DeRozan was going to do the same thing last summer before he signed for $80M with Chicago. Nobody, and I mean nobody gives up $30M. As I blogged this morning, if Kyrie wanted to have some sort of prove it year, he could do that in Brooklyn and make $36M dollars. He didn't need to go to LA to prove that same point. On some level I actually kind of love the trolling move by Kyrie to the Lakers and their fans. That's always fun.

As for that quote, I mean that's just typical Kyrie. It's daring to be different by opting into making $36M? OK. Sure. If you say so. What's so different about that? If there was a long term deal being offered by BKN, Kyrie would have taken it. The "different" move would have been playing for the $6M MLE right? Whatever, to each their own I guess.

Now, just because Kyrie opted in doesn't mean he still can't be traded. If there's a team out there that's willing to trade for an expiring Kyrie and give up the $36M worth of assets, it could happen.

I just consider that highly unlikely at this point. It's more likely that Kyrie and his camp took a look around the market, saw that there weren't going to be any sign and trade options that the Nets would do, and decided ya know what? Making $36M is pretty cool. Woj basically confirmed it

So again, I'm not sure this is Kyrie "daring to be different" as much as it was his hand was forced because he learned the league doesn't exactly value him all that highly right now. Not bad work if you can get it.

This also should officially put to rest the KD trade rumors, so in a blink of an eye we're down to just the Bradley Beal saga and the Dejounte Murray saga as our current juicy NBA offseason storylines. I find it hard to imagine Beal is going to turn down $250M or close to it, so really it's just whatever the hell the Spurs are going to do with their franchise point guard. I'm going to need things to pick up over these next few days as we get closer and closer to the 6/30 free agency date. We need more and the clock is ticking.

At the very least, this should put the Kyrie drama on ice until at least around the trade deadline. If things are going south, would it shock anyone if the rumors started swirling that the Nets were looking to flip that asset? At least now we'll get to see what the Kyrie/Simmons/KD trio looks like if Simmons ever steps on the floor. While this may not be the most exciting end to this drama, it was always the most logical when you decide to be honest with yourself. Why give up $30M when you don't have to? If you really want to stick it to the Nets you opt in, make them pay you a shit ton, and then just leave in free agency next summer when maybe your market is better. Maybe better teams have cap space. If Kyrie has a great year, the Nets will pay him that max extension he craves. If not, they'll flip him at the deadline for at least 50 cents on the dollar.

What else is there to say. The NBA offseason always delivers. It's the best drug going. Just because the Kyrie/KD dominos are done doesn't mean the chaos is over. Let's just cross our fingers that more is on the way.