As the old saying goes, you never know what you'll see at the ballpark. Could be a triple play. Could be a mascot flipping the bird to the fans. Could be a pissed off former hockey player from Buffalo trying to murder an entire baseball team in your lap as one of their teammates fights with his offhand because his good hand is in a cast.

Another teammate trying to look as pretty as possible during the entire fracas.

But that's the beauty of the old ballgame. 8 bazillion games played over the years, with each as unique as a snowflake. I bet when this fan woke up yesterday morning, he didn't think he'd see Justin Upton run towards a fight only to get knocked down and washed over like a kid playing at the beach during high tide that played out perfectly in three parts: 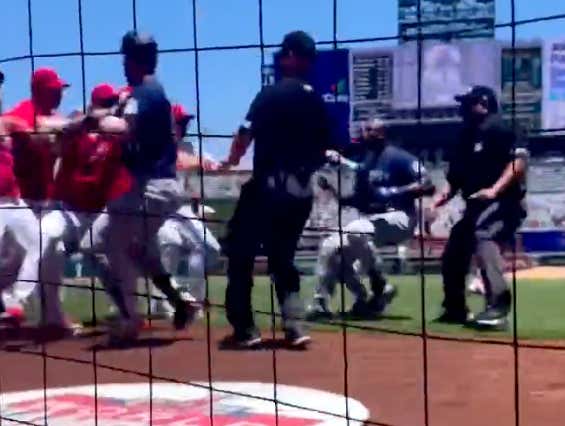 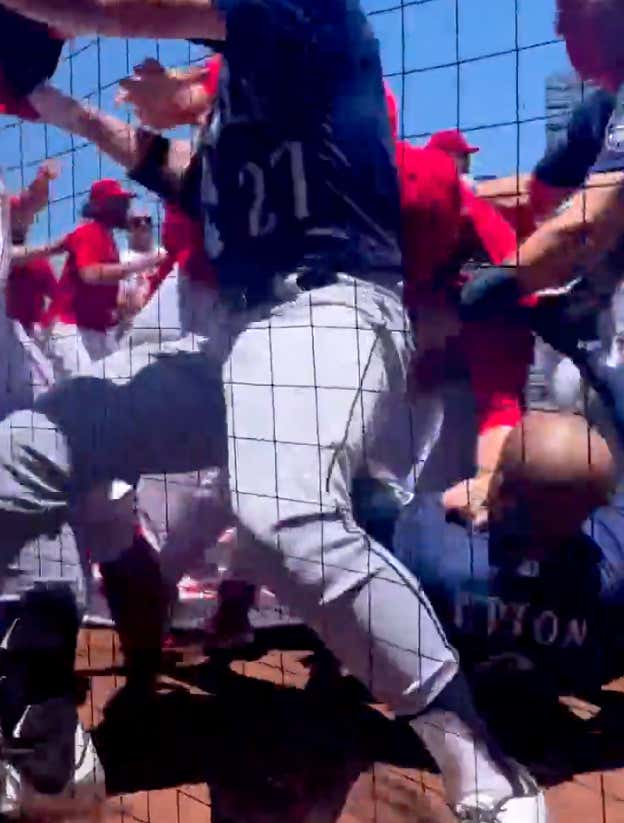 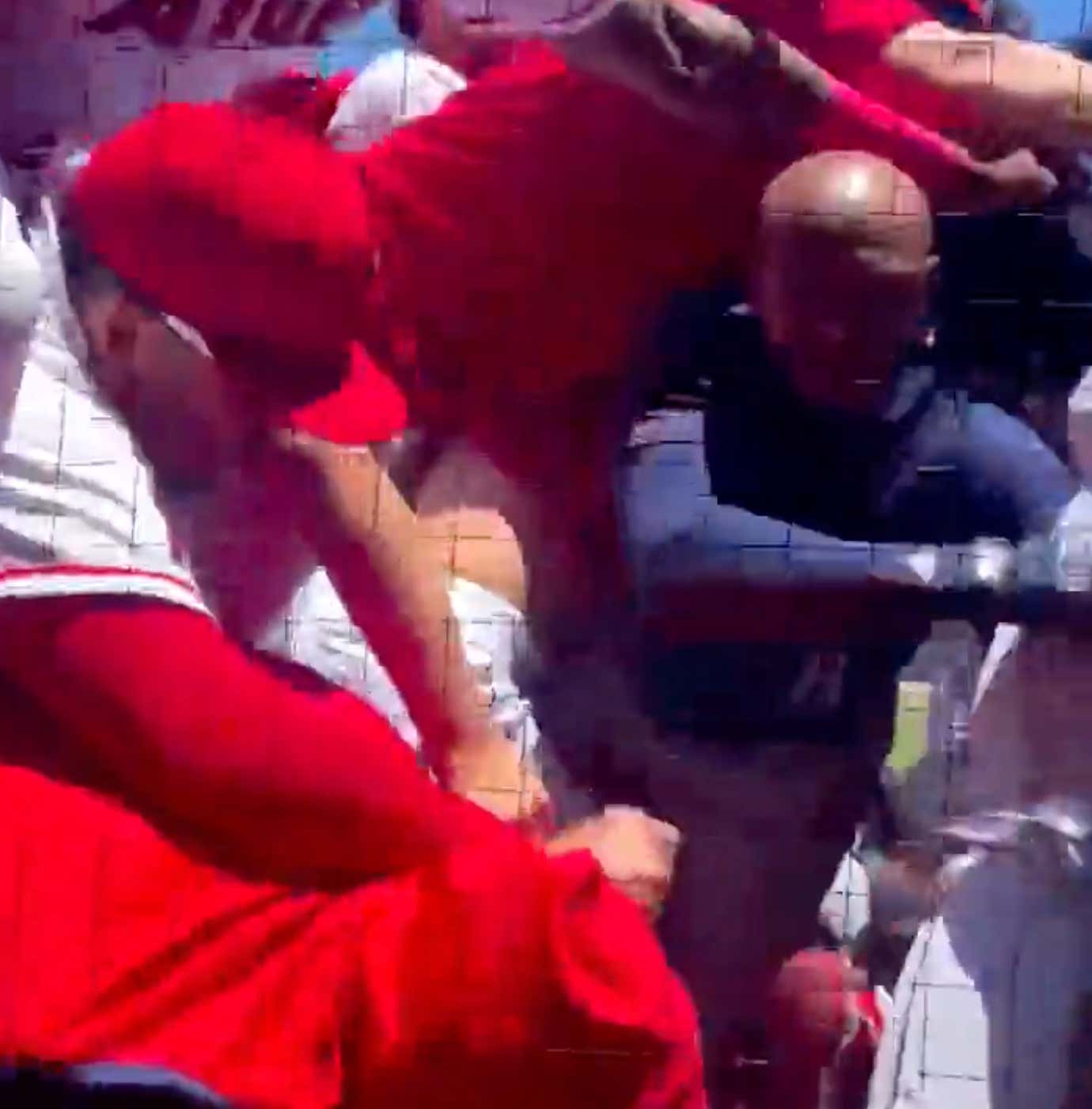 I am not sure what I thought a baseball fight sounded like but I am sure we need to have players mic'd up every game so we can get the primal nature of fights like the one above and umpires tossing managers because those moments are maybe the best part of baseball.

We also may have gotten a hint about what was going to happen based on what Phil Nevin did the night before. They call that foreshadowing in the literary biz.

We covered all angles of this brawl featuring future Met Jesse Winker, the evolution (death?) of Yankees Bleacher Creatures cheering on a kid flipping a bottle, and obviously all things related to the best team in the National League on today's We Gotta Believe.

Along with Carl and Jake breaking everything down as only those two maniacs could.