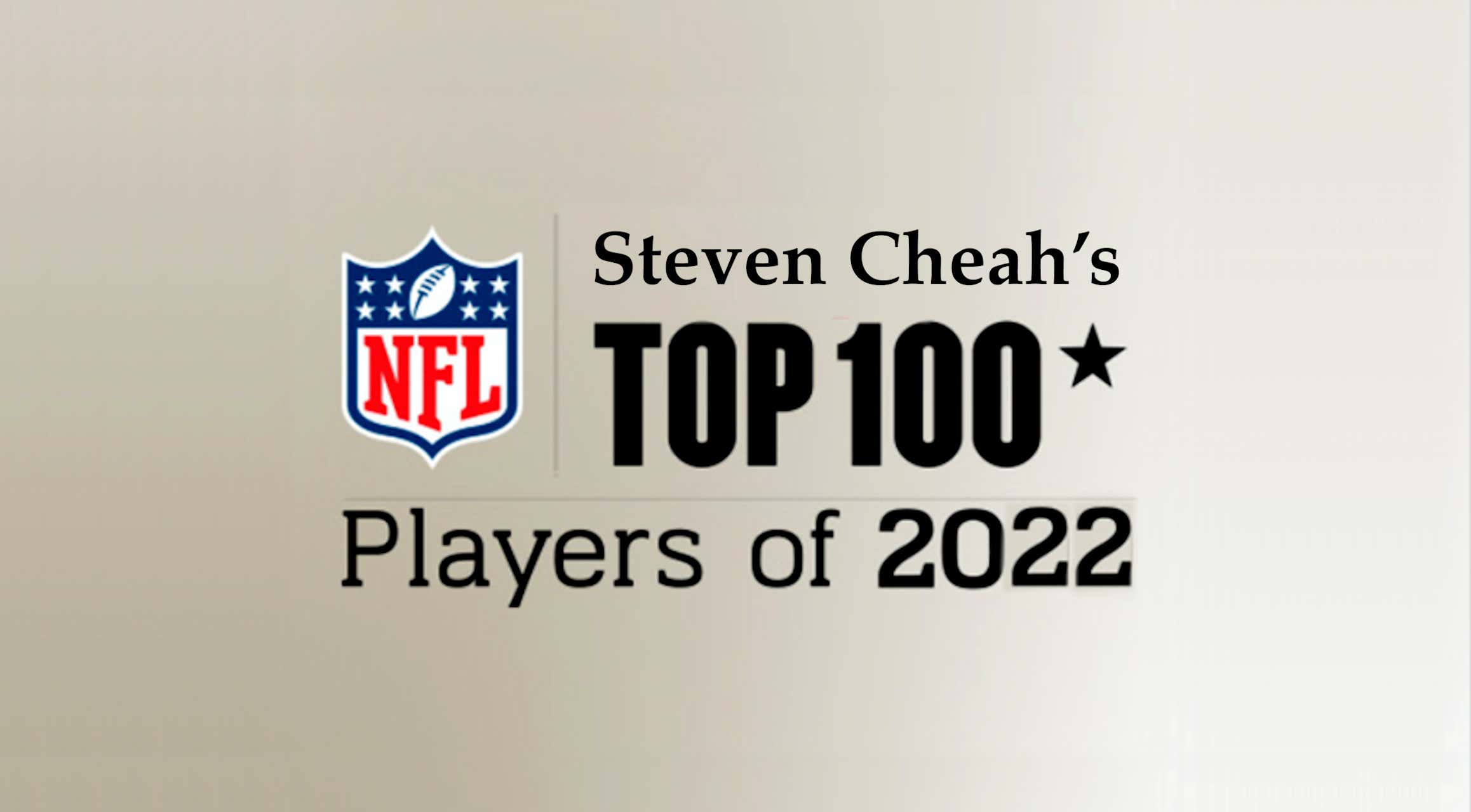 I love NFL Networks' series Top 100 Players. I've run my version of the past two years during the dead of summer, so let's go for three in a row. I have vetted this complete list with a couple people inside the league with different teams whose jobs it is to evaluate players, so I think this is a pretty good water mark for how the league stacks these their Top 100. Note - This list is exempt of any Rookies and other Players that played zero games in 2021 due to either injury or suspensions.

Gary was a top recruit out of High School but never really lived up to the hype at Michigan. The Packers took him in the 1st round a couple of years ago and he broke out in 2021 with 9.5 sacks in 16 starts. He's got an array of ways to get to the Quarterback and he's a guy who is on the rise. I'm looking for him to be much higher in next year's rankings.

Smith has really come into his own the past two seasons and he is definitely one of the elite Linebackers in Football. He's a tackling machine (had 163 last year), which the Bears have been known to produce, but he couples incredible athleticism with tremendous instincts. I mean watch this play and tell me this guy shouldn't be in the Top 100.

Ekeler is incredible. Everyone has seen him rush it, catch it, and especially score it, something he did 20 times last year. But he's also outstanding picking up free rushers in pass protection.

With the Chargers offense continuing to ascend, there is no reason he can't either.

He's started every single game the past four seasons and gamewrecker on the interior. He can anchor their line against the run while also providing good pressure from the inside.

Scherff has spent his first seven seasons in Washington and been 5x Pro Bowler and 1x 1st Team All-Pro. He should provide Trevor Lawrence & co. some good stability inside, but can he stay healthy? He hasn't played a full season in the last five years.

His route running, especially around the goalline is a WEAPON. He came into the league as a slot receiver but he's so much looser than the traditional slot WRs we've seen like Julian Edelman, Wes Welker, Brandon Stokley etc. I mean these routes are just unguardable.

I'm really looking forward to seeing him in a Josh McDaniels offense.

The Bucs play a vertical, shot based offense that has a lot of longer developing routes. That is only possible with great protection and Ryan Jensen is the stalwart of that Offensive Line. He is nasty, sets the tone, and plays through the whistle. It's no coincidence that after Tom Brady announced his return, Jensen was the first to re-sign in Tampa.

D.J. Moore is sneaky really good. You may not draft him high in fantasy because the Panthers QB situation is a mess and he's never scored more than 4 TDs in a single season, but he possesses a lot of what you're looking for in a WR. He's not tall, only 6'0", but he's a thick guy at 210 lbs. and his catch radius is surprising. He has tremendous body control and regularly makes outstanding grabs and then has the speed to run away from you. If he gets an actual QB he's a guy that could be near the top of the league in receiving yards.

Andrews had a career year with 107 catches for 1,361 yards and 9 TDs in 2021. He was the focal point of the offense and Lamar Jackson's clear go-to-guy. His blocking isn't ideal which is why he's ranked in the 90s, but he's a chain mover who can adjust well on grabs and also has the speed to take it to the house when he's got the rock.

The Bills are a powerhouse offense and Josh Allen is incredible as is their receiving corps, but a big reason why they're able to operate at such a high level is Allen's blindside usually an afterthought due to Dion Dawkins. He's nimble and powerful and this block below was a candidate for my illustrious Block of the Year.

Burns is a legitimate freak show off the edge. He's so bendy it's wild. But on top of that, he's got MOVES. He had 9.0 sacks last year and could probably be much higher if Carolina actually played more with leads. On a better team he's much higher, but Burns is a guy offense's have to account for every time he's on the field.

There is uncertainty about his injury and if he'll be ready for Week 1. His ranking here is under the assumption he will be ready for Week 1. He plays the 'big slot' role in the Bucs offense which has been popularized by guys like Hines Ward and Larry Fitzgerald. Not only is he super dependable anywhere on the field, but he is PHYSICAL. One of the best blocking WRs in football and he regularly makes big plays a lot bigger.

Linsley was a big Free Agent signing last year from Green Bay and he delivered. Justin Herbert didn't have guys blowing through the A Gap and he regularly helped blow holes open for Austin Ekeler.

This man is just a force of nature. He's 6'4" 347 lbs. and he typically destroys the first blocker and make plays. It literally doesn't matter if the guy across from him is a 1st Team All-Pro, they're going to hit the deck.

Demario Davis is a do-it-all Linebacker on an elite defense. He has no real weaknesses in his game. He's a little long in the tooth at age 33, but he's had nine straight seasons of 90+ tackles and had 105+ in five straight. He's a continual Pro Bowl snub, having never made the team, but do let that fool you, he's an incredible player.

This is tough, but I simply cannot leave him off this list. He tore his ACL in November and there are conflicting reports on his status.

He is down 66 spots from last year, but he's still young and will be only 27 years old when the season starts. As a pure runner, he doesn't have any equals in the league. His ability to make cuts while going full speed are his super power and hopefully we can see more of it this year. Health has been his bugaboo as he hasn't played a full season in his first five years in the league.

He's made eight straight Pro Bowls and set a career high in tackles last year. But his sacks, QB hits, and TFLs were all down last year and the Seahawks let the 32 year old go this offseason. Their trash is another team's treasure and the defending champs get richer. He should anchor an already elite defense with plenty of veteran leadership. And with the Rams in the NFC West, I have a feeling he'll have a little extra something for the Seahawks twice next year.

Kenny Clark is an outstanding interior rusher and collapses pockets with ease it seems. But he's also stout against the run. The 2x Pro Bowler is only 26 years old with his arrow firmly pointed up.

Injuries limited him to 12 games last year in his 10th season, but David continues to make game changing plays. I have an extra close eye on him having broken down the All-22 for every Bucs game since 2015 and he is just a football robot. Always in the perfect spot and always making the right play. This play below led to a missed FG and literally won them the game.

Patrick Surtain II stepped on an NFL football field last season as a rookie and was already elite. In 15 starts he had 14 pass breakups which was 11th in the league. He also had 4 INTs. But his movement skills are special. He is lockdown city and I have full confidence that within two years we'll be talking about him as the best Cornerback in football.

Buffalo has a dynamite Safety due with Hyde and Jordan Poyer (more on him later) and both can do it all. Hyde had 5 INTs and 4 TFLs. His instincts are crazy and he can truly play Centerfield. Look at this insane pick vs. Mac Jones.

Obviously a massive drop for Mr. Unlimited who has made the Pro Bowl in 9 of his 10 seasons. But last year he had the finger injury and threw for the fewest amount of yards of his career. I'm also a bit skeptical of Denver's receiving corps. Courtland Sutton had a tremendous Pro Bowl season in 2019, but the Broncos WRs (Sutton, Jerry Jeudy, and KJ Hamler) were subpar last year. Can Russ, who is entering a new system with new teammates adapt quickly? We'll see. He still possess incredible mobility and one of the best deep balls in the game, but don't expect him to just be peak Russ immediately in his new Rocky Mountain surroundings.

Miller wasn't ranked on my list last year as he missed the entire 2020 season due to injury and the form he'd return with was a complete unknown. But after a full year off, he got traded mid-season and still racked up 9.0 sacks and added another 4.0 in the playoffs. He got another ring and now he's off to Buffalo who drafted two young rushers last year in Greg Rousseau and Boogie Basham. Now Miller will come in to provide a shot in the arm and some veteran leadership. I'm looking for big things from the future Hall of Famer in Western New York.

Baker was my #1 ranked Safety last year and while he didn't perform at the exact same level last year, he's still a Pro Bowl player. At 5'10" 195 lbs., he's undersized, but he's dripping with instincts and will hit you in the mouth.

This may be a surprising ranking, but Derek Carr is a good player. He was a 68.4% completion percentage last year with 28 TDs and 14 INTs. And while I'd like to see those INTs go down, he made plenty of plays with a Receiving Corps that was hot and cold and Hunter Renfrow being his only reliable option (Darren Waller was not good last year). Now with the addition of his college teammate, Davante Adams in the fold and Josh McDaniels at the helm, I think Carr could be a legit (darkhorse) MVP candidate. He's accurate, has a strong arm, throws a great deep ball, is a leader and a good decision maker. Those are the key ingredients in a great Quarterback. Let's see if it can all come together, but I'm betting on yes.

At ironman at the position, he hasn't missed a game in his six year career and he's coming off probably his best season. 1st Team All-Pro and a Pro Bowler with 5 INTs and 13 passes defensed, he can really play Centerfield. He also has terrific awareness and will punch a ball out if he's got the opportunity.

Barrett is still in his prime at age 29 and doesn't have a lot of tread on his tires being a part-time player his first four seasons. He finished with 10.0 sacks last year and 22 QB hits. He gets home regularly and is always looking to swipe the ball out. With JPP no longer with the team, Barrett will be counted on as the guy and I have full faith he'll continue to get it done.

The Chargers could be the best offense in the NFL next year and Allen is clearly their best Receiver. While he doesn't have elite timed speed, the quickness in which he gets in and out of his breaks always has DB scrambling. 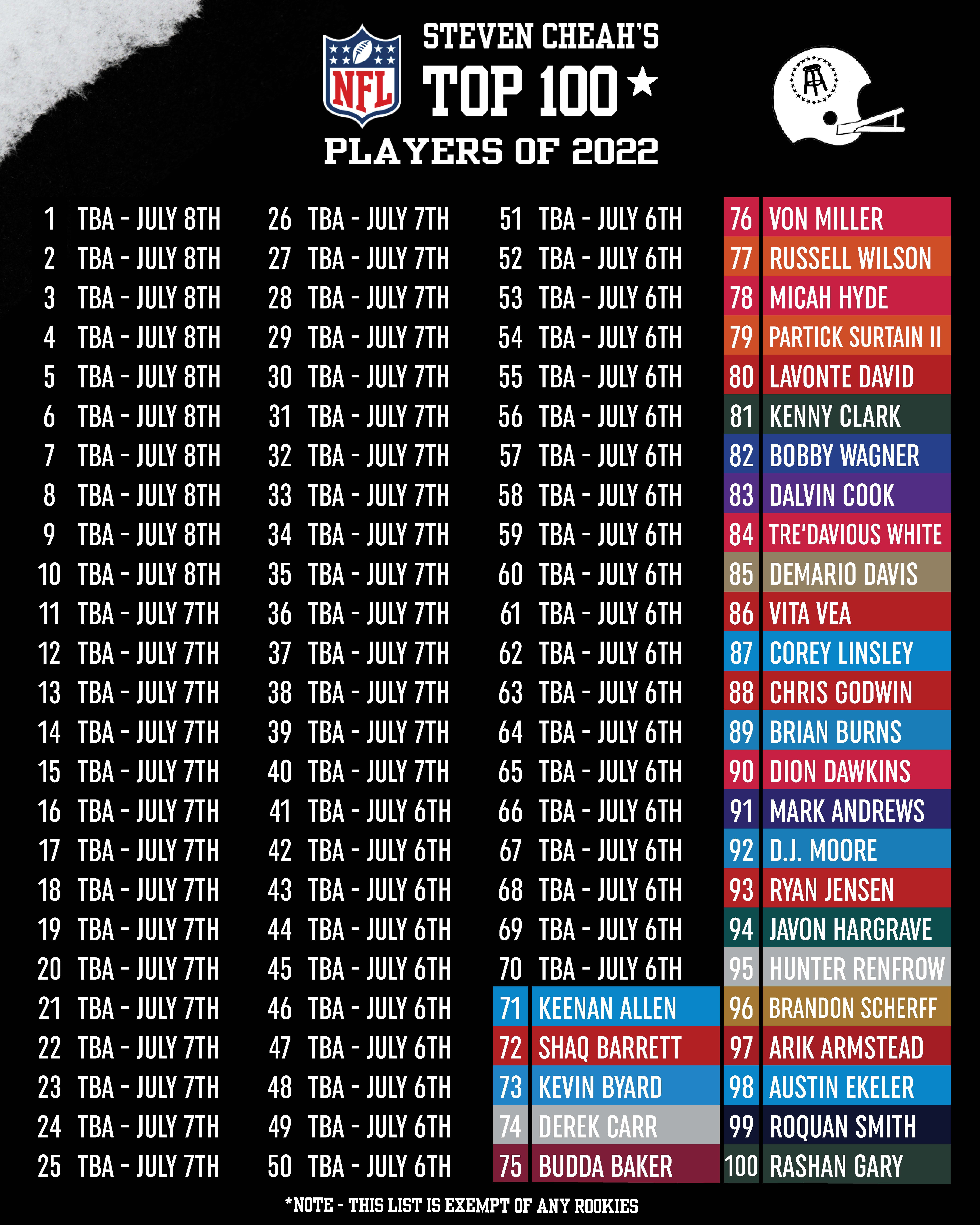