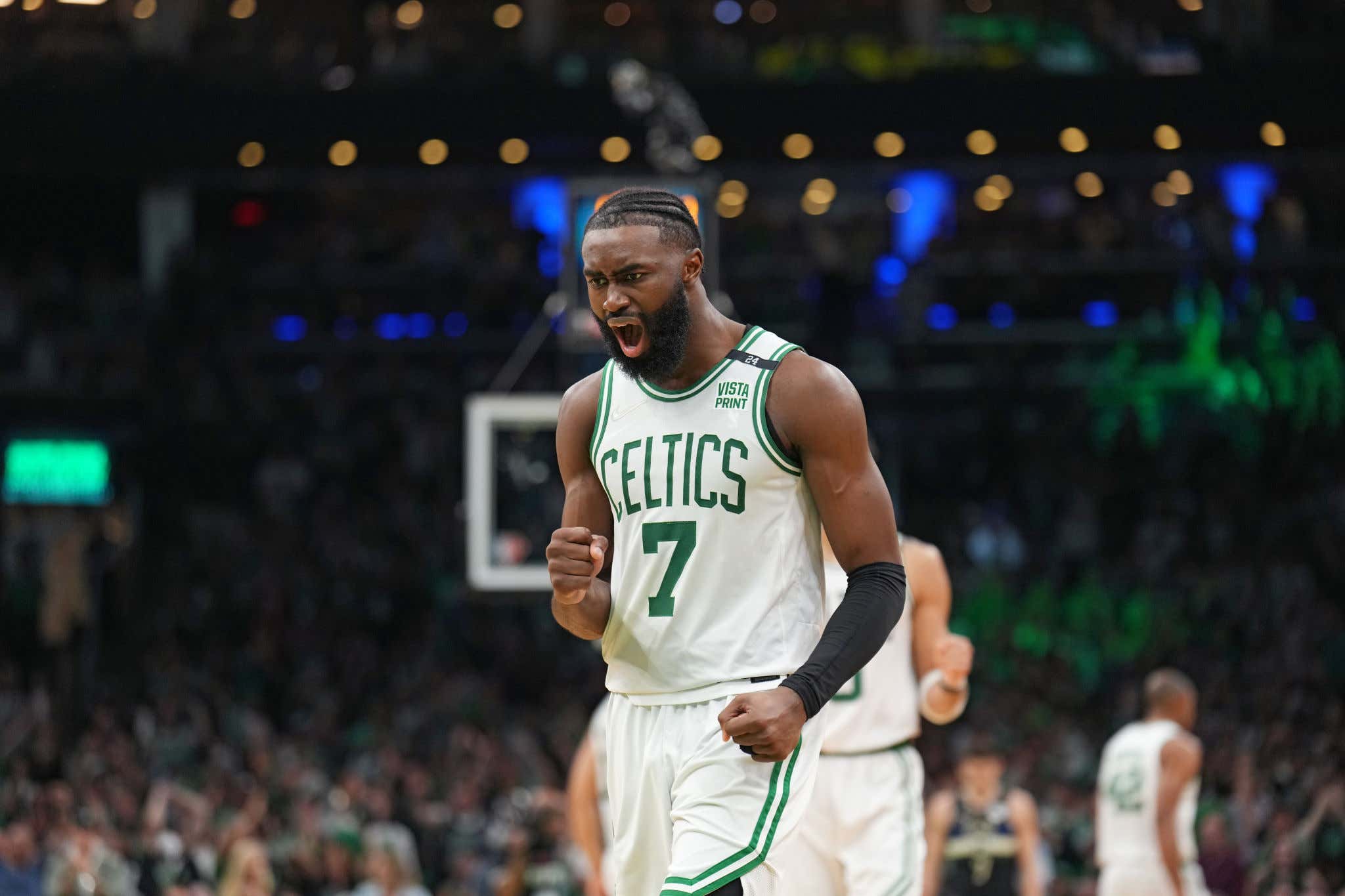 I get it. We're in the NBA offseason a few days ahead of free agency where things will hopefully be crazy after we were all lied to by Woj about how there were going to be "a ton of trades" on Draft night. There were essentially 0 trades that moved the needle. It's usually at this time of the NBA calendar where people start talking about who they think should be traded from their favorite team. It happens every year and is just part of the season cycle. Every summer we all do the Bradley Beal dance for example. The way things usually go is that if there's a big name player being thrown around in trade rumors, people usually hate any option that results in a new superteam as long as it's not their own favorite team making one. That's Day 1 stuff.

That's not all we get though. We also get a section of people who are fucking morons. Those who see a team have unreal success during the year and be 2 wins away from the NBA Finals, and conclude they need to trade their franchise cornerstone player. The fact that we are doing this AGAIN when it comes to Jaylen Brown makes my blood boil. Let me be perfectly clear, if you are someone who agrees with Scal

I hate you. Please go root for another team. Point blank. I know, trading for KD is what's hot in the streets right now. Nobody is denying Kevin Durant is one of the best players on the planet. He's also 34 years old. We JUST WATCHED this Celts team prove they are good enough to compete for an NBA championship…as is. There are a billion different ways for them to address their needs this summer that DO NOT include trading Jaylen Brown for a 34 year old KD. If you're telling me Brad is somehow going to pull that off without including Tatum or Brown? That's a different discussion. Considering I do not consider that likely, there's no real point in discussing it. But the amount of "Celts fans" that have been pushing for that type of trade is beyond insane. What's even more wild is that it's coming off the playoff run that Jaylen JUST HAD.

For a guy who only has 2 years left on his guaranteed deal (this upcoming year + next), that's not exactly something I love seeing. Is this what people want? Jaylen, at 25 years old and someone who has proven to improve every single year of his career and who is coming off a monster playoff run has to deal with this shit? Why? Because Kevin Durant "might" decide to leave the Nets? Again, if you are someone who wants the Celts to do this, I hate you. You have learned nothing.

Now I do want to be fair. I think about 95% of Celts fans do not think this way. It's for sure the minority of the fanbase and your usual media trolls (outside of Scal) who would want to make a move like this. But the fact that it's even gotten to the point where Jaylen felt the need to like that tweet is infuriating. I don't care if it's Kevin Durant, Bradley Beal, pick anyone you want. If you cannot add that player without touching the duo of Tatum/Brown, I am not interested. It's really as simple as that. Depending on the package/who that player is, I might be out anyway. I'm not interested in gutting this Celts core/roster for anyone right now. Again, people remember what we just watched right? Yeah, they fell apart to end the Finals, but the foundation is built. We know the current mix of players works to the point where they were literally the most dominant team in the NBA for like 6 months and two wins away from winning a fucking title.

This summer is about adding the window dressing. Using their TPEs/MLE to find complementary pieces that address the weaknesses of the roster. Bench wing depth, backup PG, a potential future Al replacement, shit like that. Yes, this includes not trading Marcus Smart for someone like Mike fucking Conley despite what the Boston Globe tells you the Celts should do.

But back to Jaylen for a second. I just don't understand it. What more does he have to do to show that minority of the fanbase that he's actually really fucking good? Honestly, what is it? Does he have some dribbling issues? Sure! But that's correctable and I'm pretty sure Jaylen is the type of player who puts in the work in the offseason. Does he have to consistently produce at an All Star level? Check. Show up in the biggest moments and on the biggest stage in the postseason? Check. Show that he can carry the Celts as a #1 option on any given night? Check. And most importantly, HE'S ONLY 25 YEARS OLD.

In the NBA, nothing is guaranteed. It's not like if you swap Jaylen for KD the Celts automatically win the NBA title. That's not exactly how things work. So knowing that nothing is a lock, and knowing that the Celts are already legitimately competing for a championship behind the Tatum/Brown duo, why the hell would anyone want to do this. That's not taking anything away from KD, he's a monster. But so is Jaylen who also happens to be nearly a decade younger.

I get that we're about to enter the dog days of the NBA calendar and people need something to talk about. I would just kindly ask those people to use their brains for 2 seconds and realize that trading Jaylen Brown is beyond stupid. It was stupid back when people wanted them to do it for Jimmy Butler and Paul George back in like 2017 and it's even more stupid in 2022.