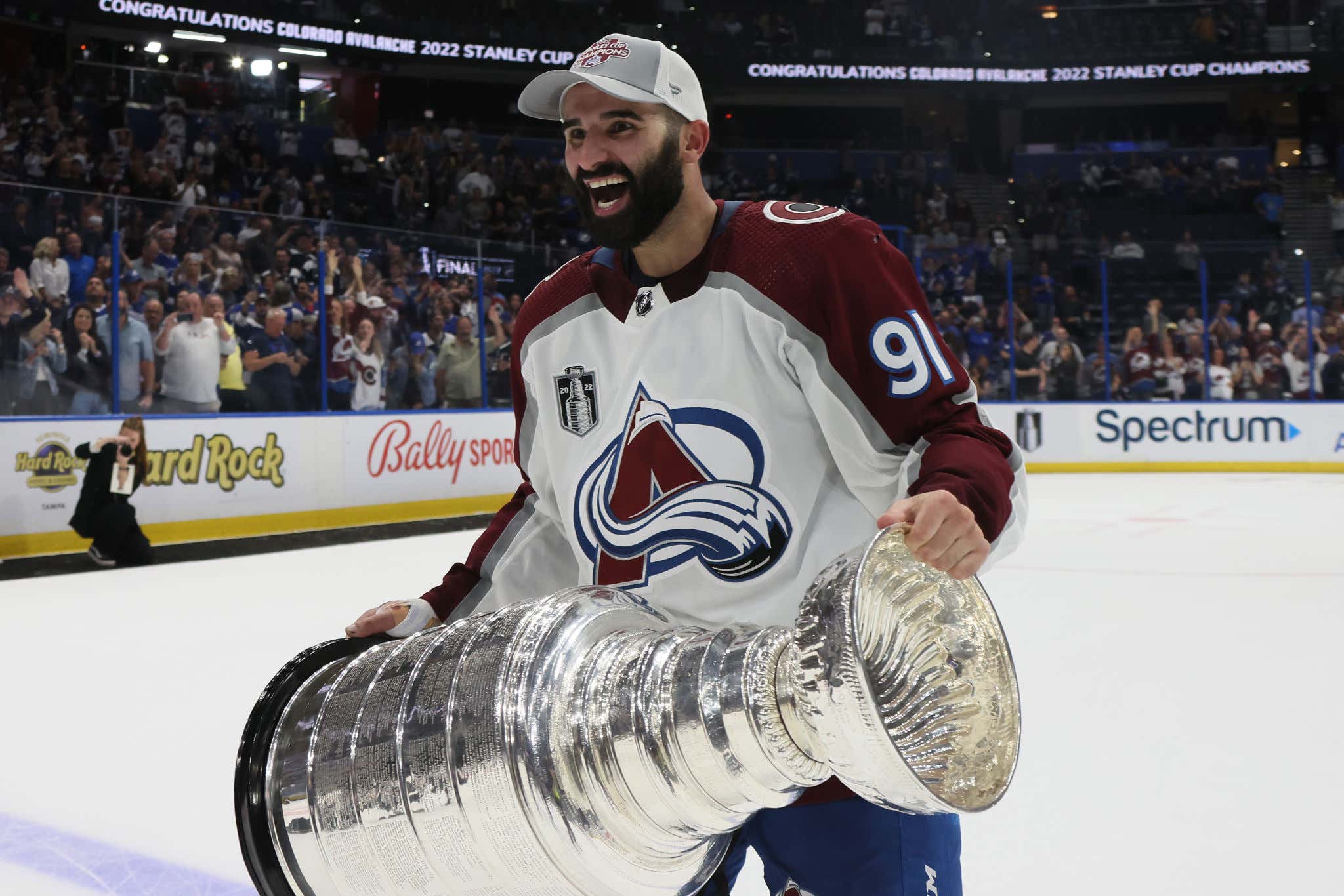 So up until this year, Nazem Kadri had been to the Stanley Cup Playoffs 5 times and had been suspended during a series which his team ended up losing on 3 of those occasions.

Sure, Nazem Kadri used to be a piece of shit. But people can change. And in this year's Stanley Cup Playoff run for the Colorado Avalanche, we saw the biggest change of all. You think about the shit that Kadri had to overcome during this stretch. The racist threats from St. Louis fans after Kadri's collision with Jordan Binnington in the 2nd round. Being ruled "likely out for the remainder of the playoffs" after being on the receiving end of a brutal boarding from Evander Kane against Edmonton in the WCF, and having to get surgery on his thumb after the injury he sustained on that hit. Then coming back in game 4 of the Stanley Cup Final to score the overtime game winning goal to give the Colorado Avalanche a 3-1 stranglehold on the series, and then last night capping it all off by turning his life's dream in to a reality.

It doesn't matter who you are or what you think of Nazem Kadri. Because we live in a world where fact is king. And the fact right now is that Nazem Kadri is a Stanley Cup Champion, and nobody can ever take that away from him. Liability? You can go ahead and pucker up those lips while you deliver a smooch to his rear end.

Off the ice, on the ice, in some of the most clutch moments. Naz did it all these playoffs and he's earned every right to talk that shit all he wants. Oh and by the way, the reports are that Kadri could hardly even tie his own skates after that thumb surgery. So if you ever wanted to know if the saying about the Cup "it weighs 37 pounds, except when you're lifting it" is true? I think Kadri confirmed it for us. Awesome moment.

P.S. -- Can't wait for Auston Matthews to finally get his first Cup with wherever he signs his next contract.