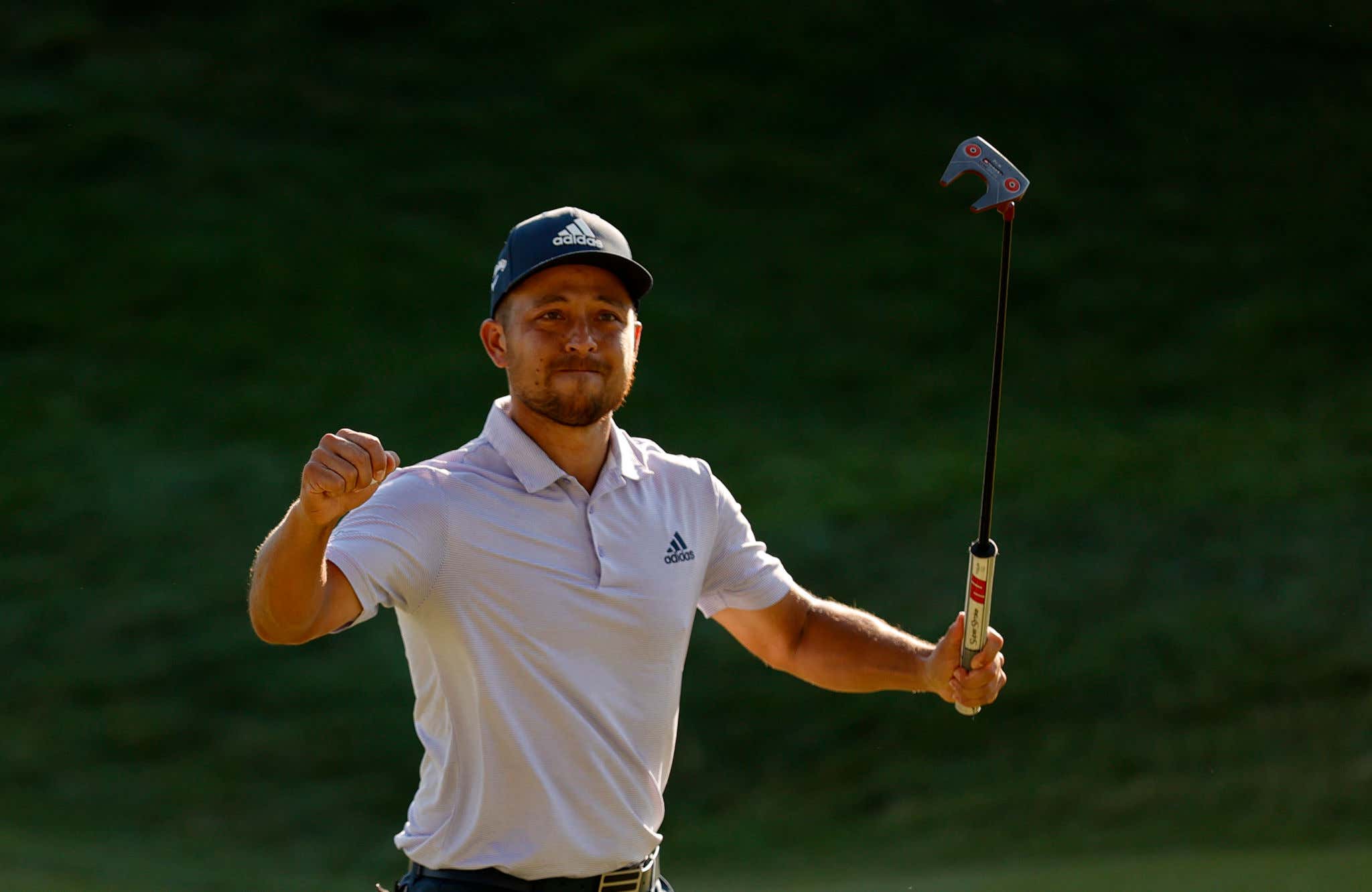 The X Man back in the win column!

The Travelers Championship proved to be another great outcome for the PGA Tour. There were big names near the top of the leaderboard all week, including Rory on Thursday and Friday and today was set up to be a Schauffele-Cantlay duel. Those two are about as good of a final grouping as the Tour could have hoped for.

Unfortunately, Cantlay flamed out in a big way, shooting a 76 to fall off the front page of the leaderboard entirely. His horrendous chunk on 8 was the most relatable thing we saw all week.

Cantlay's troubles opened the door for a couple of others to join the race. First off was Michael Thorbjornsen, an amateur from Stanford who played out of his mind all week. Kid went 68-65-66-66 to finish solo 4th and even mentioned afterwards that he'd left a few out there. Insane. No amateur had even finished top 10 this century in an event with a field this strong.

The other big contender late Sunday was Sahith Theegala. Sahith made a big name for himself in February when he threw himself into contention at the Waste Management, only to falter on the back 9 Sunday. This time around it looked like he was going to pull through, hitting a dart into 17 and burying the putt to take a 1-stroke lead to the final hole. He promptly tugged his tee shot on 18 into a left fairway bunker and then bladed his shot into the lip. Really tough to watch.

Meanwhile Xander, who was 1 back, hit the 18th fairway and then flipped a wedge in there tight to put the pressure on Theegala.

Sahith ended up splashing out of the bunker with his 3rd and then hit his 4th onto the green, leaving himself a 12 foot bogey putt that he needed to make to put the pressure on Schauffele to make his birdie putt to win outright. More tough breaks for Sahith followed…

That more or less sealed the win for Xander (who made the birdie putt anyway) and dropped Theegala into a tie for 2nd with JT Poston. Brutal finish for the rookie.

This marks Xander's 6th official PGA Tour win. More notably, this is his 1st individual W on Tour in almost 3 and a half years. Which is nuts considering he's been ranked in the world's Top 10 for nearly that entire stretch of time. Sure, he won Olympic gold last year and teamed up with Cantlay to win the Zurich a couple months ago, but that's a helluva drought for one of golf's best players.

This W couldn't have come at much of a better time for the X man. He's a guy who I would consider to be in "wait and see" territory for LIV Golf. He's spoken out in support of the PGA Tour, but only in the sense that he wants to play with the world's best. As LIV Golf continues to poach more and more high level players, his viewpoint on it might change.

If one of those big dominoes like a Morikawa or a Spieth or even a Cantlay were to go, he might be next. Or he may even be the domino himself. He'd be their best grab yet outside of DJ and maybe Koepka. I don't know if him winning this week helps or hurts that cause, we'll just have to wait and see.

Lastly, a major kudos for me on my Kisner and Nick Hardy Top 10 picks, both cashed at +1000. This coming on the heels of my Matt Fitzpatrick pick the previous week. Don't miss out on my preview blogs, and there may be some weekly video content coming soon… to be determined.

Congrats to Xander Schauffele and congrats to TPC River Highlands on another exciting finish.