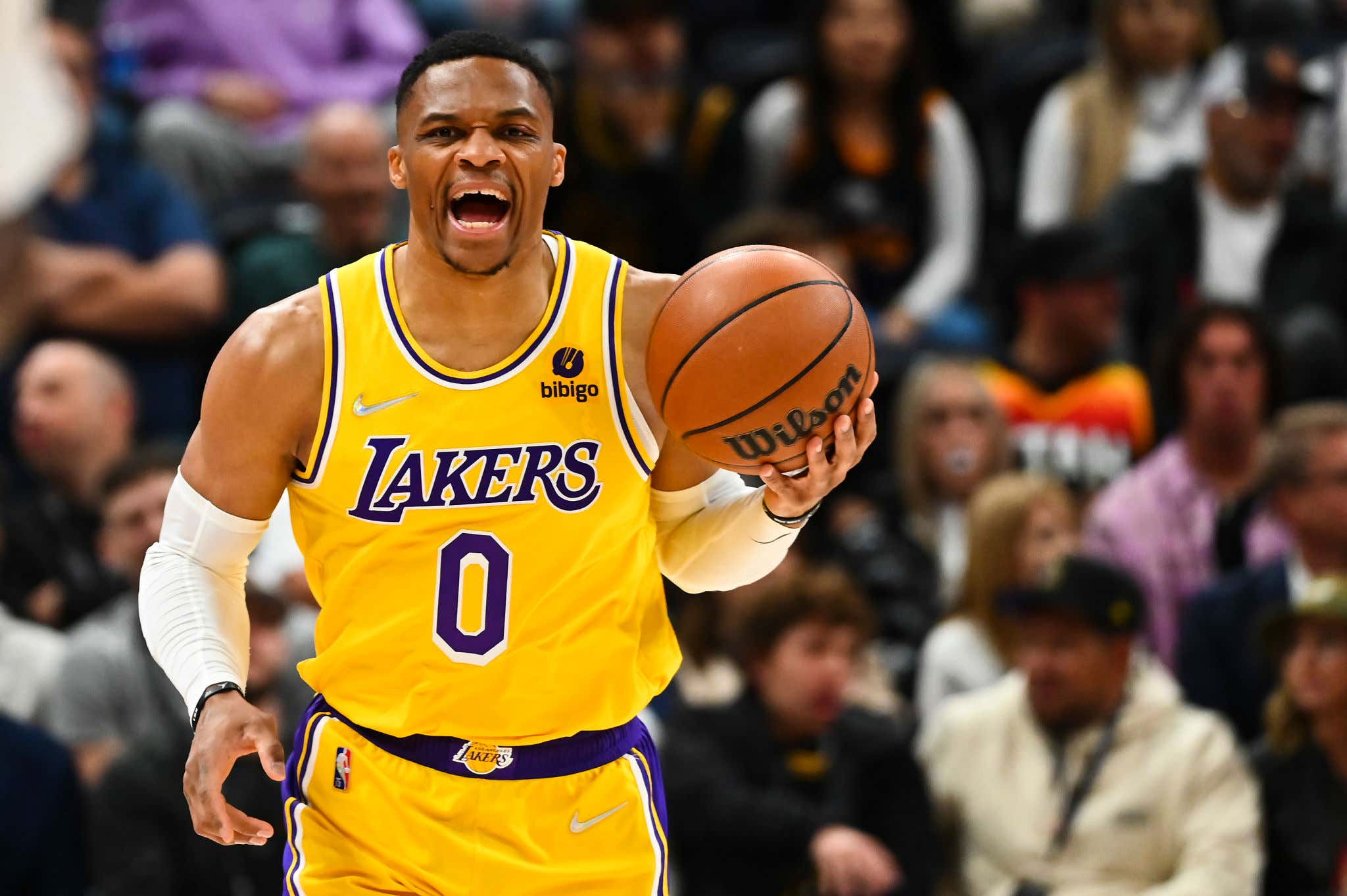 Look, I don't think anyone in the sports world particularly likes Skip Bayless. He's the most ignorant, egomaniacal, cold-take spewing armchair pseudo-psychologist I've ever seen among public figures in the industry. But that description I just gave, along with his warm embrace of all the vitriol that comes with the territory, is why he is what you would consider successful in his field. Every now and then, the whole blind squirrel finding the nut corollary manifests in real life. I have to say, I believe it's happened here.

For all the dumbass stances Skip has taken over the years, the ridiculous lengths he's gone to die on certain hills and all the moronic cocktails that his bullshit artist brain has whipped up, he is spitting pure facts about Russell Westbrook's inability to shoot.

You don't know me either Russ, but I would have no problem saying to your face that you fucking B-L-O-W at shooting. The stats have told us this for years. It's not breaking news. Yet you still patently refuse to evolve your game, cut down on your field goal attempts, or at least adjust your dartboard-style jump shot selection. You go full-tilt, 100% of the time. That's part of your charm and what makes you so exciting. It's also what makes you wild and inefficient. That relentless mentality can only get you so far. It's now expediting the decline of your career.

Sure, Westbrook apologists, point to all his triple-double stats and how all those assists must mean he makes his teammates so much better. I'm sorry, did I miss a time where Russ won a championship? I remember openly belly laughing at Westbrick's shot selection in the 2012 NBA Finals when he was in Oklahoma City. No wonder Kevin Durant wanted to get the fuck out of Dodge.

To be clear, though: Fuck Skip Bayless. The sad thing about all this, Russell Westbrook, is I root for you to this day. I pray that you will slow the hell down, find a happy medium between sounder decision-making and letting your raw athletic ability and instincts take over. It's just never clicked, for whatever reason. Part of me wants to see what you, LeBron and AD can do when all healthy — again, provided you become more of a deferential distributor than a shot seeker, and lock your shit up on defense.

Who knows…at this point the Lakers are saddled with a borderline immovable Westbrook max contract, and the fan base is talking themselves into two-way rookies like Max Christie and Scottie Pippen Jr. giving them more perimeter firepower. GIVE ME A REASON TO HOPE, RUSS!! I'm saying this because I love you!!! Unlike Skip. Who still sucks.

For now the Wesbrick moniker fits. I'll check in periodically with @westbrookmuse and try to gaslight myself into believing the New, Improved Russ is on the way. Alas, I'm losing faith when this is the type of barrel we're scraping from the bottom of…