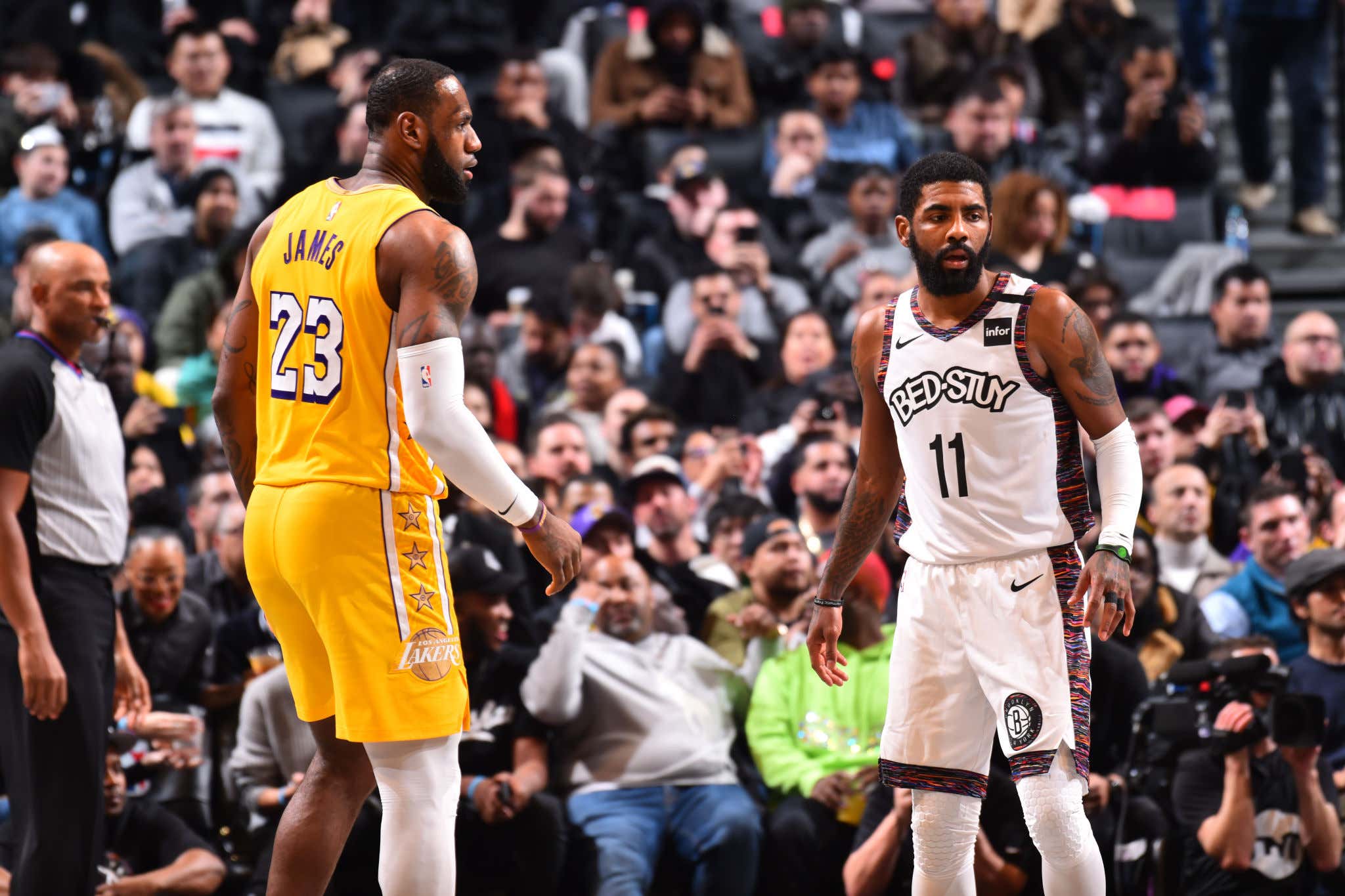 If you're a basketball and NBA fan and you aren't fascinated by what is currently going on in Brooklyn, I'm afraid you might be dead. The drama, the "reports", it's all extremely entertaining to watch as someone who does not root for the Nets. While we shouldn't discount the possibility that Brooklyn will cave and ultimately pay Kyrie whatever it is he wants, we can't ignore the reality of what might go down in the next 6 days with free agency opening on June 30th. That's why the Kyrie list of teams he would like to be traded to is significant. Unfortunately, none of those teams have the cap space to go after Kyrie outright. That's a bit of a speed bump, and not the only one.

Based on the latest from Woj, it's looking like just because Kyrie might want these teams, the feeling isn't exactly mutual

Take a step back and think of how crazy this is. Nobody who has ever watched Kyrie play basketball questions his talent. It's ridiculous. He's one of the best basketball players on the planet and is in the prime of his career. If a player like that were to demand a trade and potentially hit the market, you would expect teams to be fighting with everything they have to bring him in. If you're somehow a team that finds themselves on a player's destination list that's even more true.

But with Kyrie? According to Woj none of these teams want anything to do with him. We live in a world where the Knicks would rather invest in Jalen Brunson and nobody disagrees with that! Teams like the Sixers or Clippers that are still desperately trying to get over the hump and need all the help they can get are apparently out on Kyrie, and who could blame them? We're talking about a player that when he's actually on the court is an All NBA talent, and nobody wants to touch him with a 10 foot pole. That alone is a little insane when you think about it.

Then there are the Lakers. We know LeBron is already tampering

and while it might seem outrageous that Kyrie would take a $30M paycut to prove a point, as Woj explained it's not like he hasn't already done something similar. We as fans tend to joke about a big time player deciding to play for the MLE because maybe you want them to join your favorite team but they don't have cap space and just have the tax paying $6.6M MLE to work with. We all remember the DeRozan to the Lakers nonsense from last summer correct? He ended up signing for $80M with the Bulls instead of playing for $6M to go to LA.

With Kyrie, he's made about $194M in basketball contract money alone. If you're him, is it crazy to think he actually follows through with this, opts out of his guaranteed $36M player option and goes to LA on the MLE, and then just signs an extension to stay in LA? They need to figure out some sort of succession plan for a post LeBron world, and Kyrie/AD certainly is something that looks nice on paper. Maybe Kyrie and his agent look around at the market and determine this is the best path forward. I can't imagine a star player legit taking a $30M pay cut, but Kyrie does a lot of things that people don't expect.

It really comes down to what the Nets want to do. It's why this is the ultimate game of chicken. Given their cap situation, it's not exactly in their best interest to let Kyrie walk for nothing. You then have to deal with any sort of KD ramifications if they ultimately decide to get out of the Kyrie business. Even if they don't want to help him, their hands might be tied. Either pay him or trade him. Now just because Kyrie gave them his list, that doesn't mean the Nets have to go with one of those teams. If they are going to go down the trade route, you go after the best package available. If that comes via a team that isn't on Kyrie's list, that's their problem not the Nets. They can deal with an unhappy Kyrie and see how that works out.

I also think that's what hurts the Nets options though. Who is lining up to bring in that headache other than LeBron? That 2016 Finals shot was a lonnnnnng time ago. Since that moment, there's been more bad than good when it comes to Kyrie, so if you're a team on the brink or a team going through a rebuild, is it even worth it to bring him in on a max extension?

While the logical part of my brain thinks this all ends with Kyrie/KD/Simmons all being in Brooklyn to start next season, the chaos part wants him to sacrifice $30M and go to the Lakers only to then set that franchise on fire like he's done everywhere else. If that happens, what do they do about Russ? Nobody is trading for that contract, and I'm to believe all those pieces can coexist? No chance.

All we know for certain is that this is only the beginning. Things are going to get much crazier over the next few weeks, and I for one cannot wait.