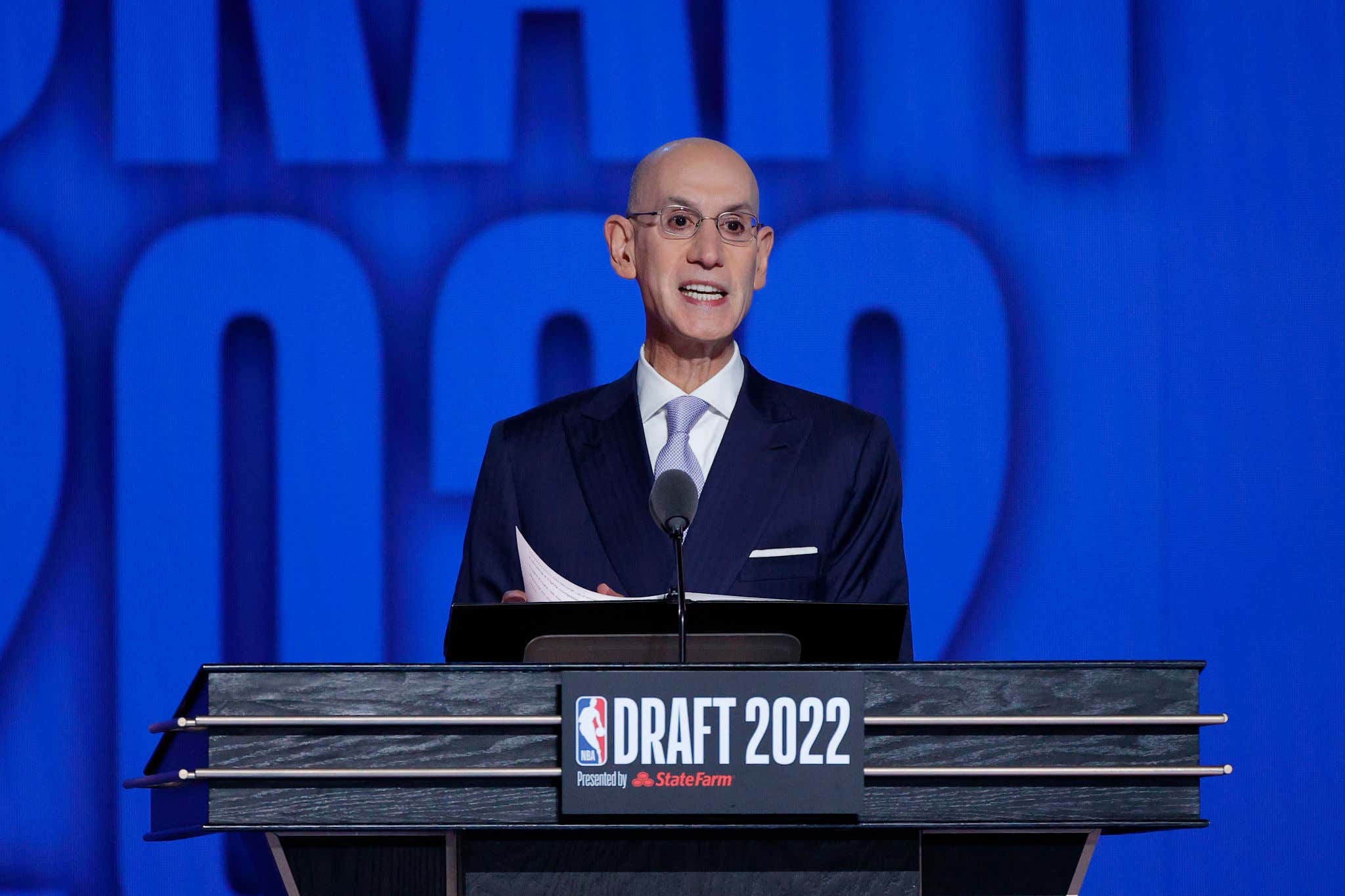 You know what guys, I'm starting to think maybe Woj was lying. What better way to ensure that the entire world watches the ESPN draft coverage than telling us all the day before that there are going to be so many trades it would make your head spin. That free agency and player movement was OUT and draft day trades were IN. I know that's why I tuned in last night. I mean, we're not NBA insiders. I'm just someone who can't stop eating Jell-O and whipped cream as a coping mechanism to fight my ongoing depression caused by my favorite basketball team choking away a title. I don't have sources, I have Twitter. I imagine things are similar for you as well. So when Woj is talking like that, I take it as he already has the trade tweets in his Twitter drafts. If someone as plugged in as Woj is talking like that, I need to be able to take him at his word.

Fast forward to last night and what did we get? Nothing. Sorry, that's not entirely true. An injured Danny Green + #23 was traded to Memphis for DeAnthony Meldon. A good trade for PHI, but that's not exactly the type of trade we all were hoping for entering last night. I wanted legit player movement. That was what I was promised. How many times did we hear about how the Hawks were determined to get John Collins off their team by Friday morning? I just checked, it's Friday and John Collins is still a Hawk. I swear that dude has been nearly traded no fewer than 1 billion times only to never actually be traded. What about Gordon Hayward for Myles Turner? What happened with that one? Not a single TPE was used by any team that currently owns one. I'd say 95% of the league's rosters look the exact same today as they did entering last night and frankly that is lame as hell.

I think once you get past the lottery nobody really cares about the selection of players anymore, we want trades. That's what truly makes Draft Night so juicy and entertaining. On the whole, this had to be one of the most boring Drafts I've ever watched. We had a little drama early with the #1 pick and then the Kings at #4, and then that was essentially it. I can't really remember a Draft in which we had such little movement and by little movement I mean zero movement. What a cock tease. There's been a lot of talk recently at Barstool about blue balls and if they're real or not, well how else would I describe what I felt last night sitting on my couch waiting and waiting and waiting for some chaos that never came (no pun intended but intended). These GMs should be ashamed of themselves. Nobody cares about trading draft picks or attaching guys like Kemba to a deal in order to dump salary. We wanted actual meaningful trades that would have a real impact. We were told they would happen, so where the hell were they?

I'll say this, free agency better fucking deliver. I need pure chaos starting in about 6 days. We all know teams are tampering their dicks off right now. Things are being negotiated as we speak. All it takes is one trade to open the floodgates. It's like every team was waiting for someone to do something which resulted in jack shit. Now that the draft is over and teams have an idea of what they might need, I need the trade machine to be working overtime, there's no excuse.