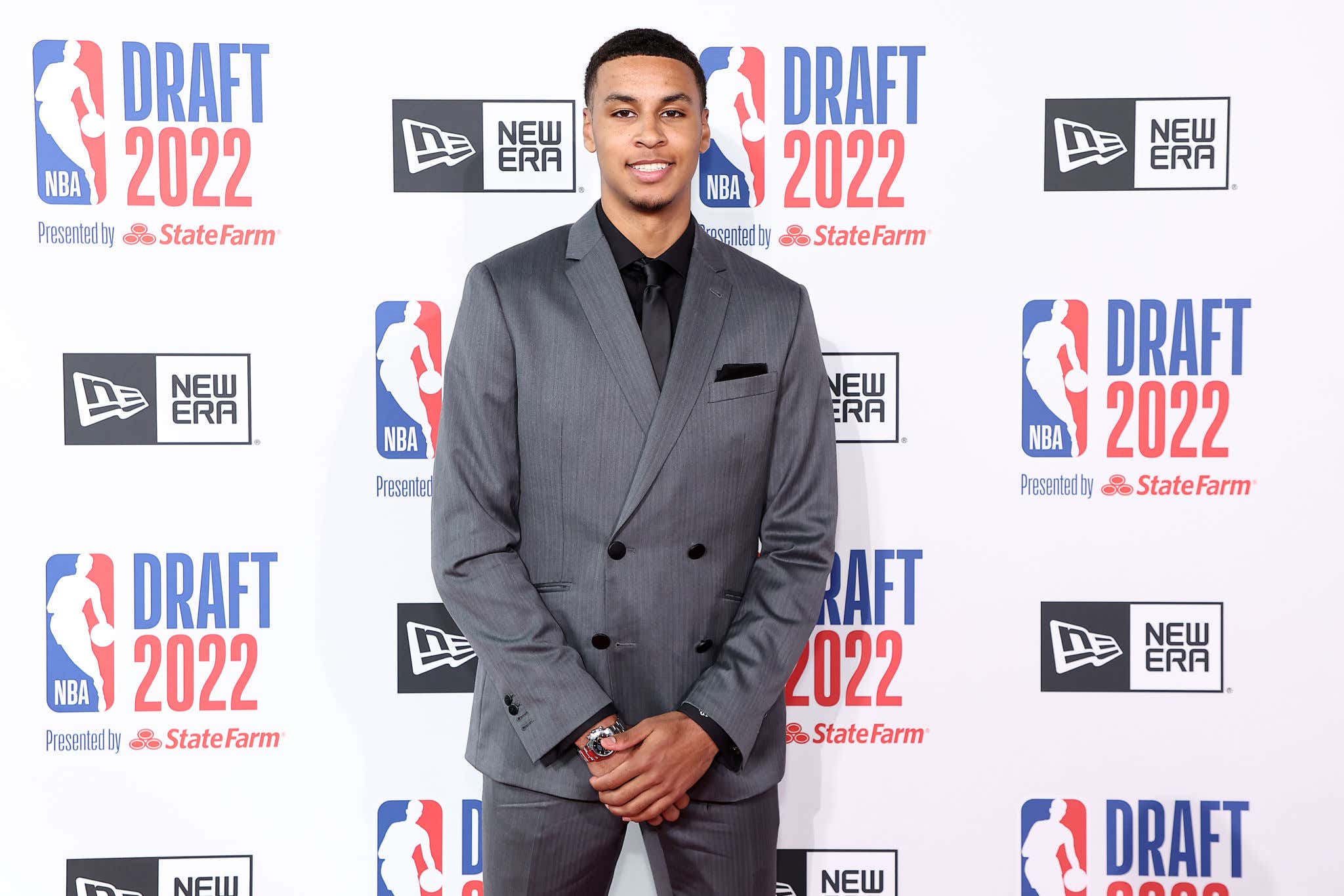 For most people, this Draft started at #4 and the Kings. They are impossible to predict as a franchise. Nothing they do makes sense which is what keeps you on your toes at all times. There was speculation that they would maybe look to trade down for more assets, and if they kept the pick a ton of mocks had them taking Jaden Ivey the 6'4 SG out of Purdue. From what you read, a lot of people made the case that Ivey could very well end up being the best player in this draft. So what do the Kings do? They don't trade the pick and they don't take Jorden Ivey! It's not like Keegan Murray is some sort of scrub or anything, it's just funny that once again the Kings did something that nobody really saw coming. Whether you watched him during the college season or just go over his highlights, he's checks a lot of boxes

On some level, I bet Ivey is relieved. Nobody wants that Sacramento stink on them whether that's fair or not. Even better news for the Pistons who ended up taking Ivey because history shows whoever gets picked after the Kings ends up being a total stud. From Luka to Dame history usually isn't kind to Kings fans who look back and see who they maybe should have taken.

The Pistons have themselves a nice little core and I think most will agree are currently smashing their rebuild.

But back to the Kings for a second. If they are keeping this pick, what does it mean for some of the other wings on their roster? Does his mean Harrison Barnes might be available? I'm sure there are going to be Kings fans that are somewhat upset with this decision, and that's pretty unfair to Keegan Murray. On the best day of his life he's going to open up Twitter to random people shitting on this pick. That's tough. The immediate reaction is they blew the pick….again. What's crazy is even if that's not true and Murray actually is legit, that's still no guarantee he'll be a King for long! Just ask Tyrese Haliburton. I do wonder if the whole not wanting to work out for the Kings ended up solidifying that Ivey wouldn't go to SAC, but if that's the case I am sure he doesn't give a shit.

This just goes to show, the Kings for all their futility will never stop being entertaining. When you think they'll zig, they zag. When it seems like there's a no brainer option available, they will not take it. I guess that's how you ride a 15+ year playoff drought. There isn't a lot of certainty in this world, so it's nice to know we can always rely on the KANGZ doing KANGZ shit.