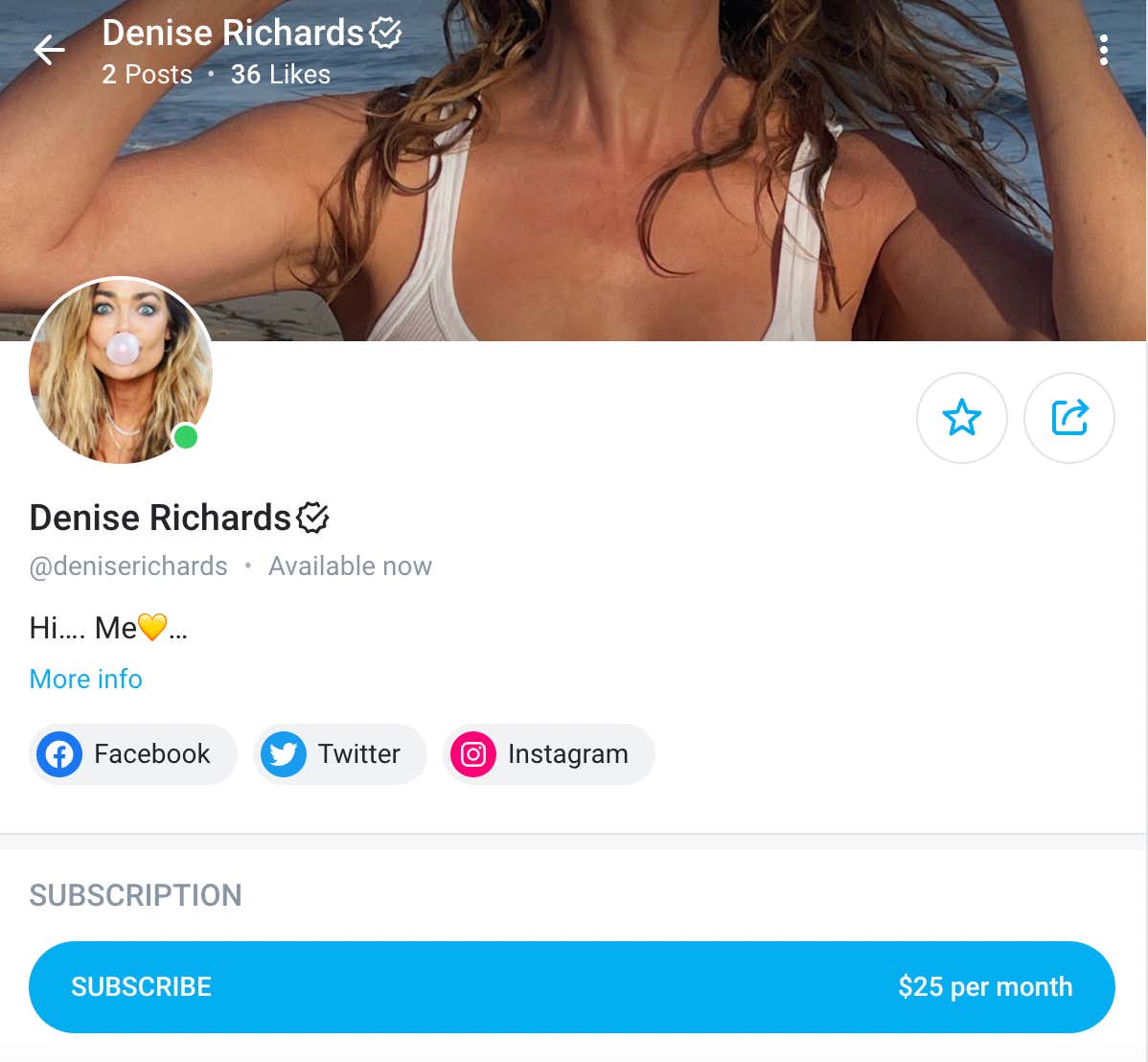 Like daughter like mother? Just days after Denise Richards went to war with Charlie Sheen over their 18 daughter diving into the Only Fans world, the actress has followed suit and created her own account. Is this just an example of doubling down and showing unity over Charlie? Or did Denise see how much money her daughter made in such little time and wondered why the hell she's not getting involved? Denise is charging $5 more than her daughter so she clearly smells the money tree waiting on the other end of the tunnel.

I respect it and all I can do is tip my cap, hoping this simulation we're all living in leads to Denise and Sami heading over to HQ for an episode of Only Stans with Balls. What a world.

Obligatory visuals to remind you Denise Richards has always had it.