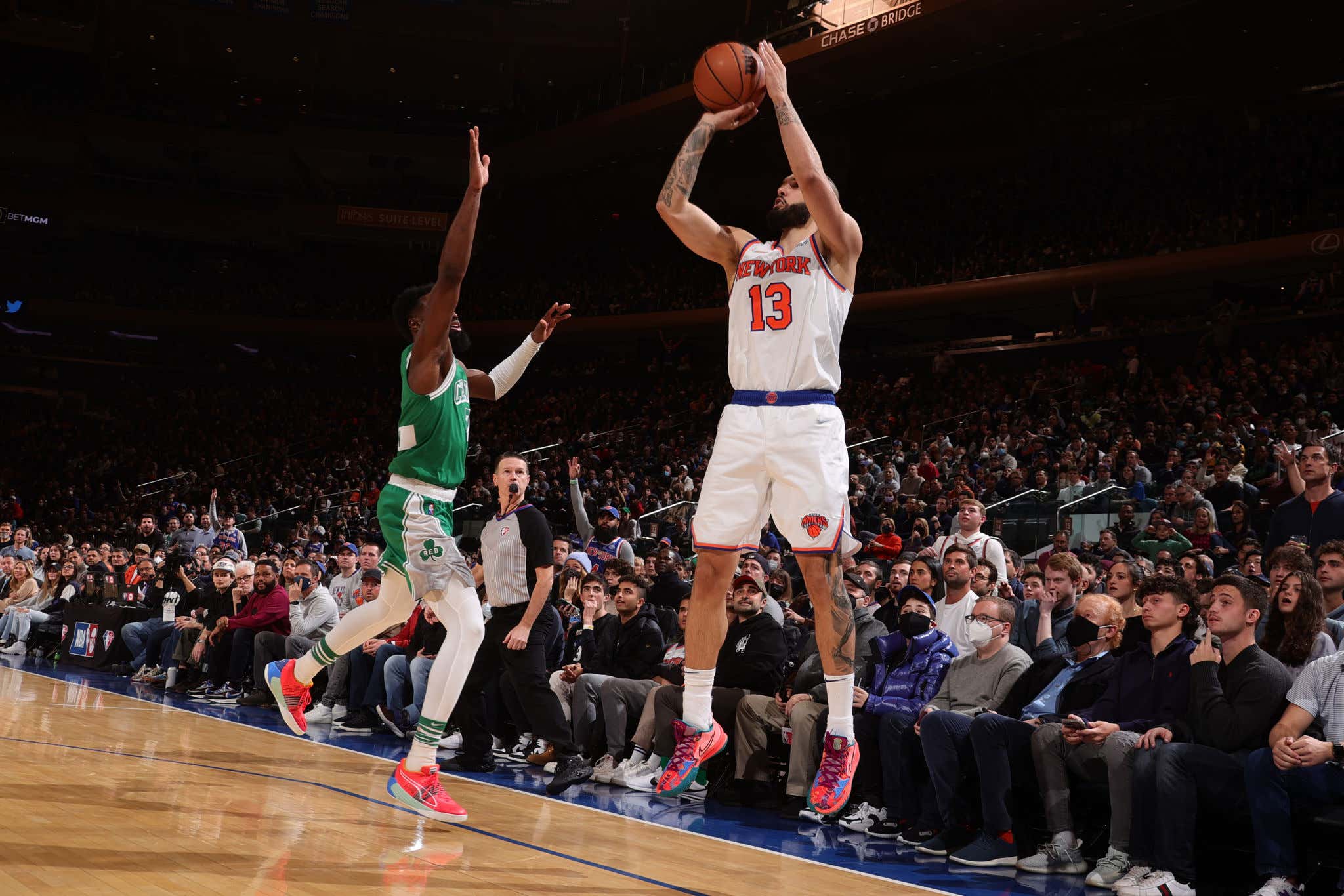 OK, now THAT was the laugh we all needed as we wait to see what Brad does today with his TPEs/assets in his quest to improve the Celtics roster. I have to admit, I did not have the Celtics using the Evan Fournier TPE on Evan Fournier. That's some big brain thinking I probably should have seen coming. I checked with people who are smart and understand the cap and TPE rules, and until July 1st you use the current salary of a player when talking TPE. After July 1, you use the 2022-23 salary number. That was nice to learn today because my initial reaction was how could an 18M salary fit into a 17.1 TPE, but obviously Fournier's current salary fits because that's what created the TPE in the first place.

Even if you were allowed to, no fucking chance. I was someone who liked the Fournier addition last year too. They needed his shooting and at least Ainge didn't let the Hayward TPE expire. Unfortunately, Fournier got covid, never really found his rhythm, and then was essentially a disaster on both ends in their quick playoff loss to the Nets. There's a reason Brad was not interested in giving Fournier a big time extension, so why the hell would he be willing to use his biggest salary asset on that same player and then be saddled with that contract? Especially coming off a down year for Fournier? On one hand, I respect the Knicks for trying, but I would imagine just showing Brad the highlights of Fournier lighting up the Celtics this season probably wasn't going to be enough to get the job done.

You know what my real takeaway from that tweet is? The Celtics and Knicks are talking. More specifically they are talking about stuff involving the Fournier TPE. Why is this important? Let's go back to yesterday

I think we would all be much more on board with something like that. Listen, I'm all for bringing back former Celtics if it makes sense. It worked with Al. You could talk me into Jae Crowder if options end up being limited for example. Evan Fournier is not one of those guys sadly. That ship has sailed and should never be coming back.

This is classic negotiating though. Knicks come to the table with their outrageous ask, Brad laughs at them, and maybe they eventually settle on Alec Burks. The Knicks get some salary relief and maybe a low cost pick, the Celts get their reserve combo guard/wing that helps address their need. It would not shock me at all if that's eventually where we end up.