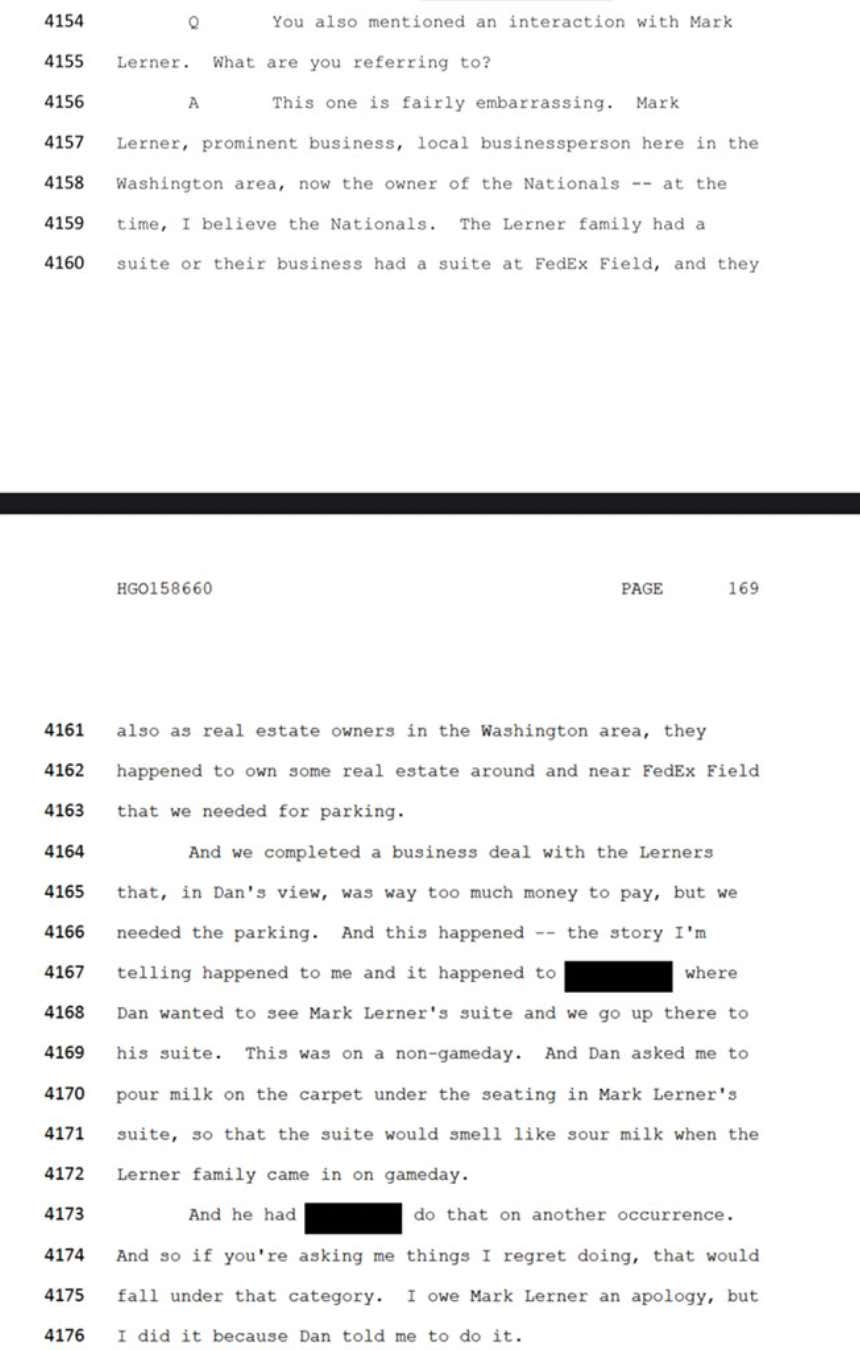 Dan Snyder is quite literally every villain in every miniseries about evil billionaires. He's Logan Roy but worse x1000. He's real. And he's a vindictive piece of shit, a Grade-A asshole, a low life loser with no friends, no admirers, and no decent human qualities. Dan Snyder is everything bad in the world. He's the reason people want to eat billionaires. But I gotta say…this one is funny.

Having the idea for one of your cronies to go to Mark Lerner's suite in FedEx Field as revenge for being overcharged for a piece of land is downright funny. The most childish "Oh yeah? Well I'll show you!!!" that I've ever heard. This is like a prank you'd pull sophomore year of high school. Except he's Dan Snyder, billionaire owner of a football team. And it's his own football stadium, not his buddy who smokes too much weed's basement.

Daniel Snyder is a miserable human that the world would be better without. Everything he does makes the world worse. The fact we have to share oxygen with him makes us all worse. But him being so god damn childish, so fucking pathetic that he would send underlings to pour milk under his own carpet? That does make me laugh. I'm not laughing with him, I'm certainly laughing at him, but also at the idea of the entire thing. Being so petty you want to stink up the luxury box of Mark Lerner? Like, go home dude. Go sail on your mega-yacht. But nope. He has to do some assholian thing first. Dan fucking Snyder, the worst of all time.