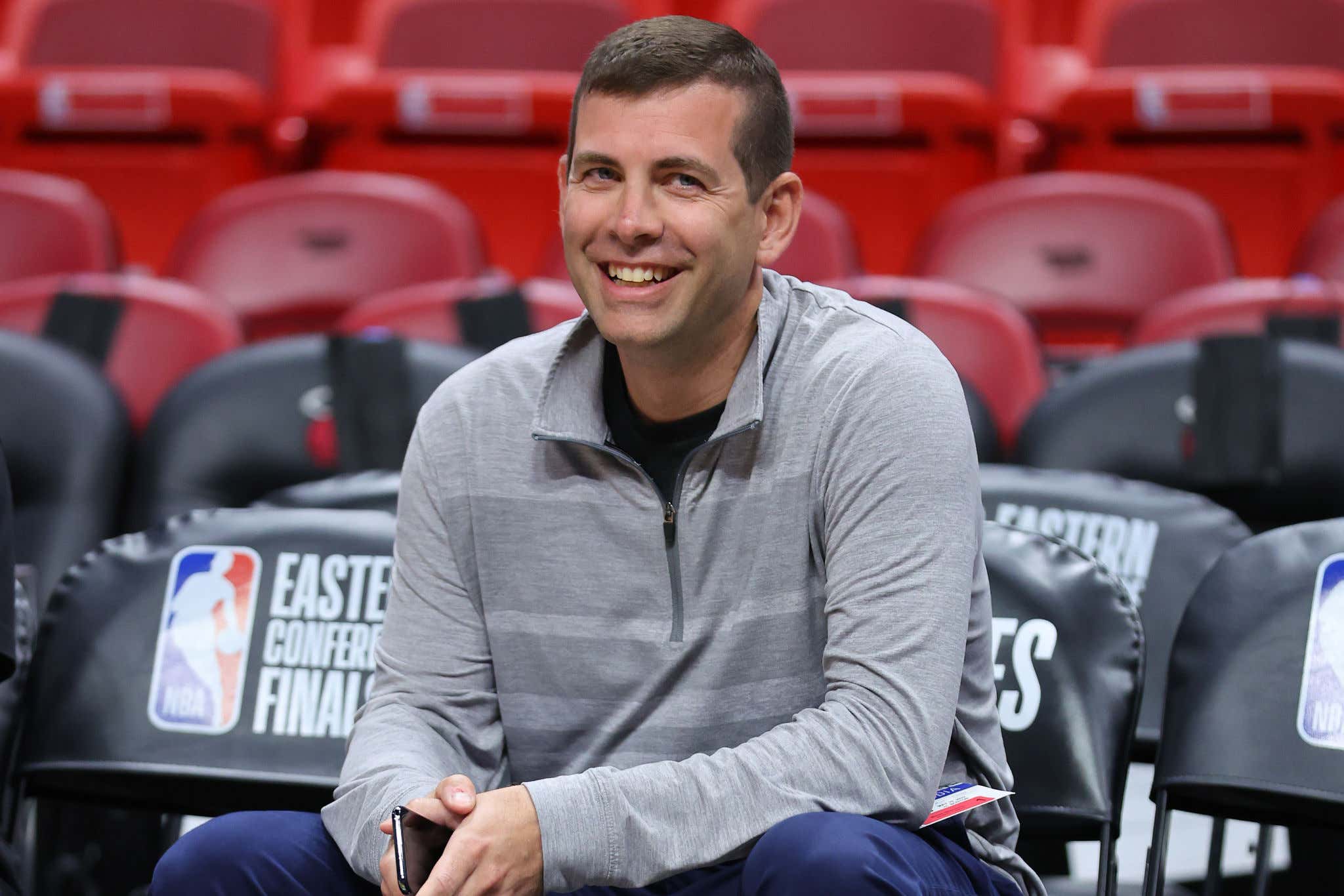 Much like how we as Celts fans have been put through the ringer when it comes to the NBA Playoffs over the years, the same is true for the NBA Draft. We've experienced pretty much everything you possibly could go through. Top 3 picks, late lottery misses, late round steals, no picks, a billion picks, trades, we've lived through it all. For a lot of teams and fanbases tonight, the NBA Draft is a stressful time. But as I sit here this morning, I don't really feel an ounce of stress myself. It's a weird feeling giving how chaotic this day can often be, but when I compare it to previous draft experiences, I find myself to be cooler than the other side of the pillow.

Perhaps the root of that calmness is the fact that the Celts do not have a 1st round pick. It's hard to get worked up about who they might take at 53 if they even keep it. And even if they do, it wouldn't shock me if it's another draft and stash guy. There are rumors like this floating out there

and that's exciting, but not really because of who the Celts might be looking at with the 28th pick. My guess is either they would want that pick so they can throw it in a trade package, or they are moving a reserve rotation player and would be looking for that positional replacement.

There's certainly all the excitement and anticipation about potential trades, but that's not exactly what I would call stressful really. That's exciting. If the Celts don't make a trade today, in no way is that the end of the world. Free agency hasn't even started yet. Teams may make certain moves in a few weeks based on how tonight goes and what their rosters might look like post-Draft. Now don't get this confused with the overall offseason. That brings me a great deal of stress. It's a gigantic summer for Brad & Co to address this team's needs and improve the roster to give themselves as great a chance as possible to ensure what we just witnessed was not a fluke.

But tonight? The NBA Draft? This is going to be one of those rare occurrences where I can actually watch and not have the overwhelming need to vomit because I'm so goddamn nervous. If Brad screws around a little and does something? Cool! If nothing of substance happens, that's OK too! The Celts are fortunate enough to be in a position where the NBA Draft isn't a huge deal for them at the moment given where they are in their team arc. You could make a case their top 8-9 spots are set. Remember, young draft stashes in Yam Madar and Juhann Begarin are still on the way. Everything we hope they do this summer is still possible after tonight, and some could argue they'll have a clearer path and idea of the market heading into free agency.

If I had to guess though, I bet we see at least something. It might not be the big domino like the Fournier TPE, but I suppose you certainly can't rule it out. I look at tonight as an asset accumulation opportunity. Maybe you get an extra 1st. Maybe you get a depth piece because you have a separate trade lined up with someone currently on your roster. Maybe this is where we see one of the lower money TPEs used to help facilitate a multi-team trade. I think the only thing that would shock me would be if all Brad does tonight is either draft or trade at 53. Especially when Woj is talking like this

But again, this brings me excitement, not stress. The Celts and their fans aren't alone in this feeling either. I can't imagine fans of the Mavs, Bucks, Heat, Warriors, Grizzlies or Suns are all that stressed today. Those teams are either at the top of the league or have traded their first round pick already.

While I enjoy the change in pace, I do sort of miss the thrill of the NBA Draft, especially if you're at the top. All the time you spend watching highlights on YouTube, reading every mock draft, it's a fun activity to partake in, especially when the high lottery talent is really really good. At the same time, not being stressed on a night like tonight probably means your team is pretty good, and that's a trade off I make every single time and twice on Sundays.

So to all the stoolies entering tonight who might be nervous and stressed out about what their favorite team might do, I wish you the best of luck. I hope you get everything you want, including a day where you can experience a stress free NBA Draft. It's a weird feeling, but it's probably best for my overall health.