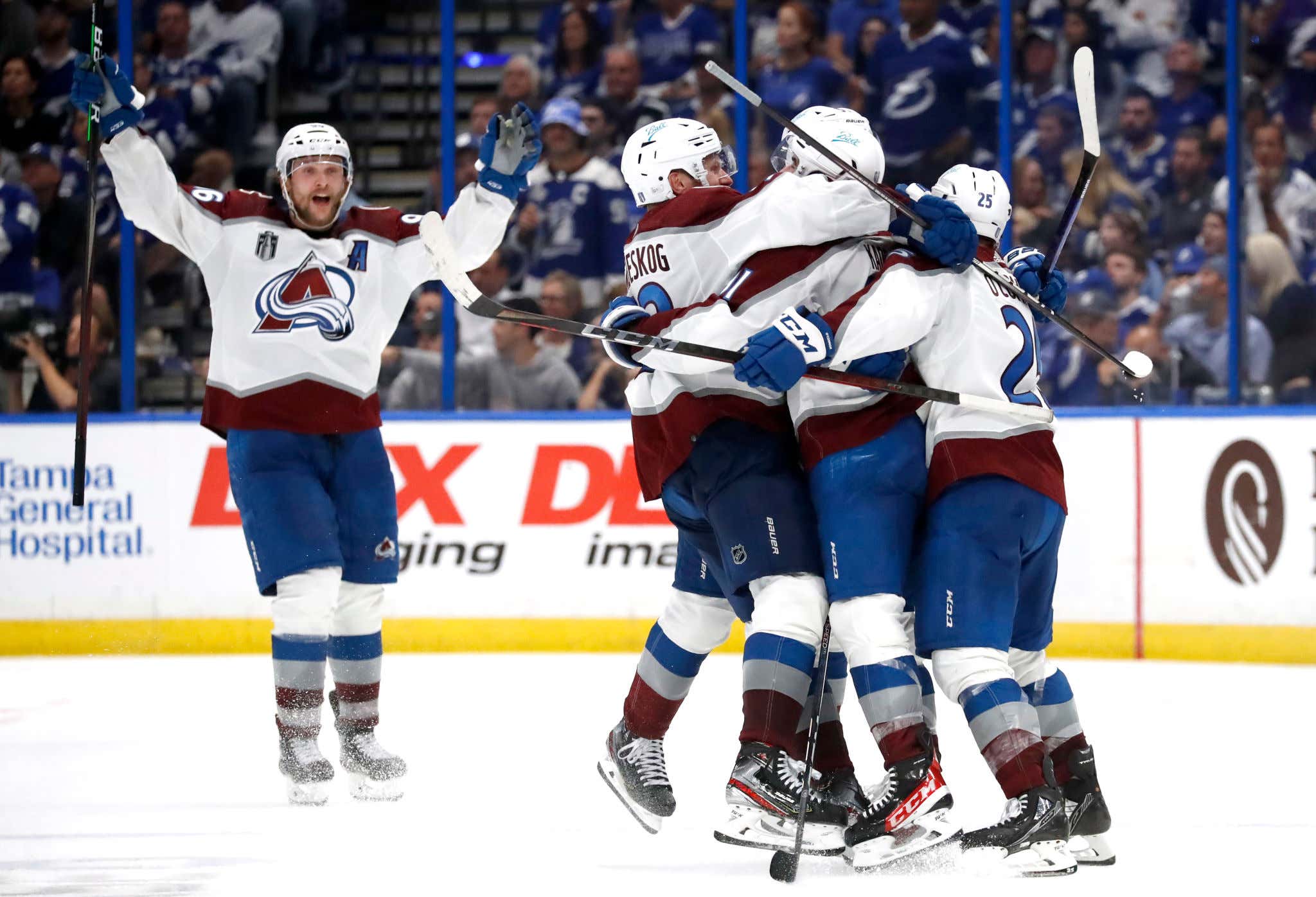 Stanley Cup Final. Overtime. The stage doesn't get any bigger than this. Guys have worked their entire lives to get to this moment. All they ask is for a fair shake at this thing. And to go out there and get that stripped away from them because of the incompetence of 4 buffoons wearing stripes? It's a shame. It's a gosh darn fricking shame. Because with no disrespect to this dirty top bunk roof job from Nazem Kadri, this should not have been ruled a good goal.

I mean it's right there in the opening frame of the highlight. Here we have 6 Avalanche skaters clearly on the ice when the pass gets made to spring Kadri on his way to scoring the game winner. In case you need a little refresher on the rules of hockey, you're only allowed to have 5 skaters on the ice at a time.

Now you might be thinking to yourself, "well MacKinnon is on his way off the ice. The changing player is allowed on the ice once their teammate is within 5 feet of the bench. I reffed several peewee hockey games 20 years ago so clearly I know everything there is to know about the game". And I'd be inclined to agree with you…until you realize that Kadri left like a thousand feet too early.

You either have a chance to head back to Colorado with the series tied 2 games a piece, or you have to go on the road while giving the Avs a stranglehold on this series. It was a massive moment in a massive game, and the refs just shit the bed completely.

I'm not exactly sure how you expect the Tampa Bay Lightning to compete out there when they have to figure out a way to account for 6 skaters against their own 5. And the most despicable part of the whole thing? There's nothing the Lightning can do about it.

I mean it's right there for you as clear as day. There was CLEARLY a too many men on the ice situation, and not a single one of the officials saw it. So the NHL just admitted that all 4 of the officials last night are incompetent and incapable of doing their job. But sure, let's have them out there for the biggest moment of the season.

This is why we just need to cut the bullshit. We need to stop caring about the ref's feelings and ego. Every single goal ever scored should be subject to video review. Why is that goal not reviewable? What could possibly be the main objective to not allowing Jon Cooper to crucify the officials being bad at their job and getting that one overturned? There are cameras everywhere. The technology is there to do it. And it's not even like this one would have come down to a subjective call or not. Kadri was on the ice 5 seconds too early. Make every goal reviewable or get better refs. One or the other should do the trick.