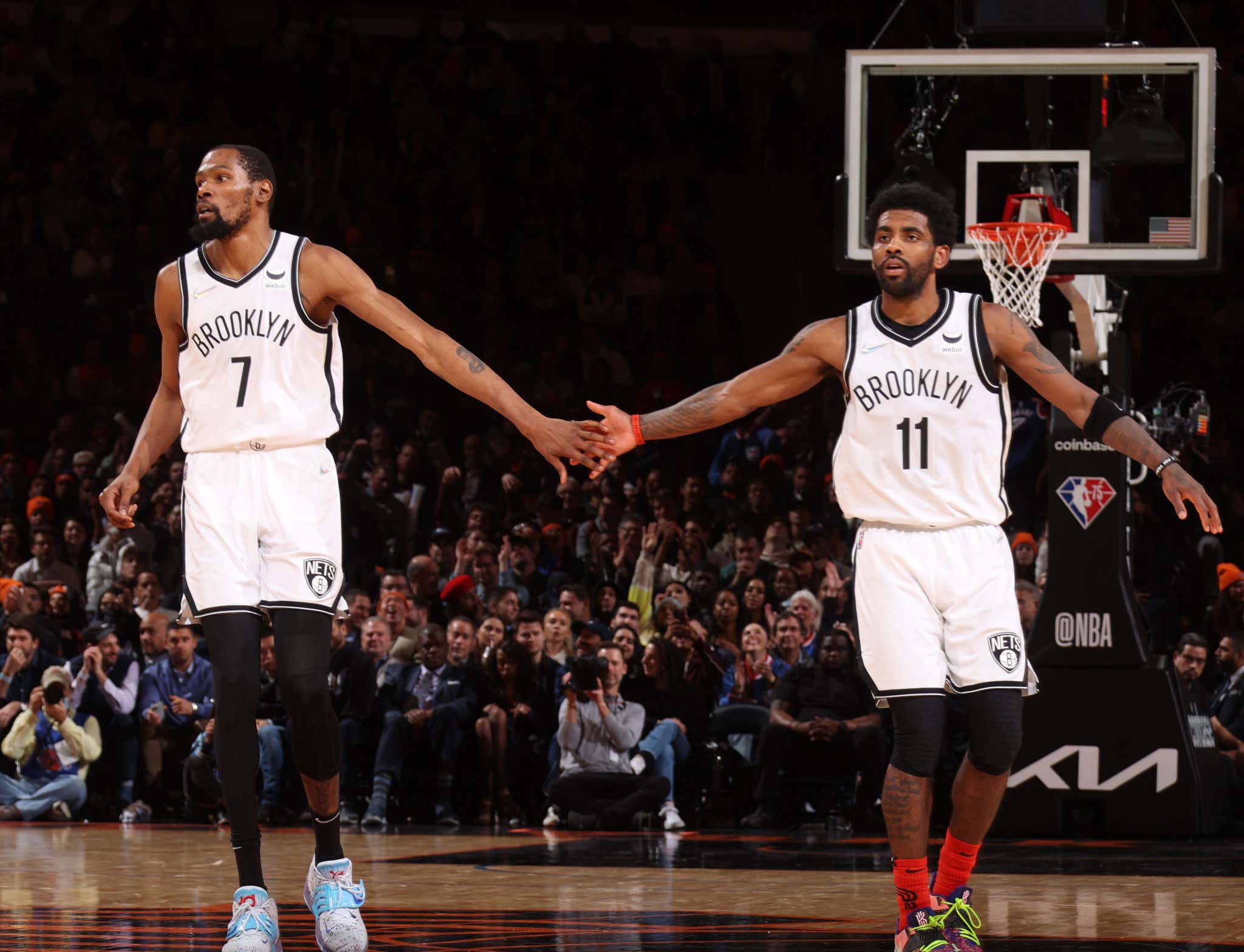 How true is that? I dunno, I'm sure there's some exaggerating here to some degree, but I'm willing to take Woj at his word. They already had to deal with the James Harden demanding out situation, so what does Kyrie do? He threatens that the same exact thing will happen with Durant if the Nets choose to move on from Kyrie or don't give him what he wants in terms of an extension. That is some all time villain shit as far as I'm concerned. Kyrie is straight up daring the Nets to call his bluff. What makes it tricky is that in 2022, a max extension doesn't mean shit. So sure, KD literally just signed on for 4 more years as a Net, but that's pretty meaningless if you've been paying attention to the league recently. If KD wants out, he'll get out one way or another. Do the Nets have the guts to call that Kyrie bluff? That's the biggest question we are waiting to have answered.

I'm just trying to think of another situation where a player went to his team and basically held them hostage like this. This isn't your standard trade demand like what we got with Harden or Simmons. This is a "give me a big time extension or else" demand. Either you cave to my demands or I'll make sure your best player and franchise cornerstone follows me out the door. That seems INSANE for a player who didn't exactly have the best season/playoffs and has accomplished a total of nothing as a Brooklyn Net. Would I blame KD for wanting to dip if Kyrie were to no longer be a Net? Not really. That team would stink and KD is on the back 9 of his career. Plus the chaos that reality would cause is what we as fans dream of once we get to the offseason. That's a league changing domino if I've ever seen one.

I guess if you're the Nets, I can see them being OK with calling the bluff. Guess what, there is going to be a pretty hefty market for Kevin Durant should he demand a trade at the end of all this. He clearly has not dropped off one bit coming off his injury and he's signed long term. He's also Kevin Durant. That guy is one of the best players on the planet. So if the Nets do have to move him, I'm sure they can get enough of a return to help their impending rebuild. At that point they may as well sell off everything. Let Bruce Brown walk, move Seth Curry for assets, shit like that. They'll probably have to eat at least one year of Simmons so teams can actually see him play, but if there ends up being a market for him you may as well cash in on that as well.

What we're seeing here is just the latest example of the risk when you decide to put your eggs into the Kyrie Irving basket. As history has shown, that's not exactly a decision that tends to work out unless you also have LeBron James on your team. Now that decision might not just cost the Nets their starting point guard, but also Kevin Durant? Talk about a complete and utter disaster.

If only there was a way for the Nets to have seen this coming. That would have made their lives much easier.