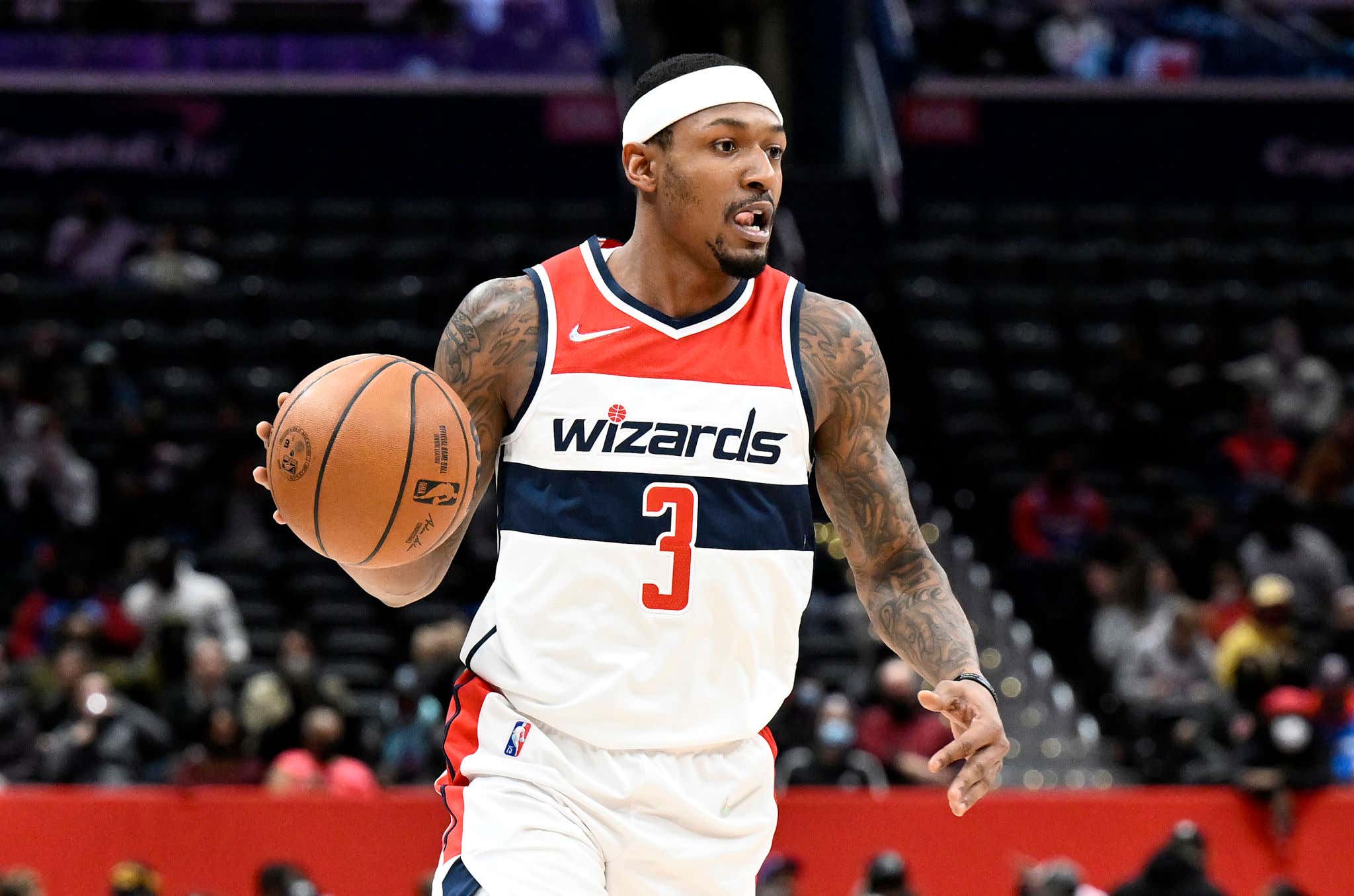 It didn't take long, but we officially have our first official #SourceOff of the NBA Offseason! I love a good #SourceOff, mostly because it means someone's lying. In this edition, it focuses around one of the biggest potential names in this summer's free agency. That would be Bradley Beal. At this time of year, you have to keep your head on a swivel. You never know when the latest "report" or "source" is going to surface and who it's going to come from. There's a general rule that until you hear it from like Shams/Woj/Haynes, you can't every fully buy into what's being said.

Which brings us to what came out about Beal yesterday

It would not be shocking to hear that Beal turned down his player option. That's a formality that has to happen so he can sign his max extension to stay a Wizard (or to partake in a sign & trade with another team). The Wizards are the only team that can offer Beal 5/250M, and to get that offer you need to get out of your current deal, which is why you turn down he extension. We see players do that literally every summer before signing an extension. Chris Paul did it last summer, KD just did it, Harden is about to do it. We could see Kyrie do the same with the Nets. Turning down that player option is a formality pretty much every single time when you're a player of Beal's stature. So while technically it's true that he'd be an UFA for those 2 seconds before signing an extension, the problem with this whole report is that based on Beal's response, he didn't even know he opted out

This is what I love. Someone's either lying, or not exactly telling the whole truth. It's usually 50/50 when it comes to this time of year and these reports. You put something like that out, it goes viral, people talk about it for a few days and nobody really remembers it when that player signs an extension and stays. But at the same time, players can at times act this way when their plan was leaked before they've had a chance to act on it, so they get defensive on Twitter. That absolutely happens.

The million dollar question is will Beal go to the Wizards and say he's leaving no matter what and use this opportunity to force his way to a certain team? I'd say we'll know the answer to that question fairly soon. But in today's NBA, that's not really how it works. You sign the massive max extension AND THEN demand out. I don't care who you are or how rich you are 250M is 250M. The thing is, what if the Wizards don't want to give him that high priced extension? If Beal is willing to opt out of that max money, what's he willing to play for once he hits the open market? Does he care more about situation or salary?

This is the beauty of the NBA offseason. We won't have to wait long to get answers to all this stuff which is why you need to have your notifications on at all times. The Draft is Thursday, free agency begins in 8 days (but is 1000000% being negotiated as we speak), so it's only a matter of time until we see just how accurate that reporting is.

You have to remember, this is prime posturing season. Maybe the Wizards are hesitant to pay the 250M, so Beals camp leaks that he'll turn down his option and test the market. I could believe that. All I know is I need more #SourceOffs. They are one of the best parts of this time of year because nobody has any idea what to believe. I'm not an insider, you're not an insider, we just refresh Twitter every 5 seconds. I believe all of it and none of it at the same time. It's a weird dynamic, but that's what makes the summer so great.