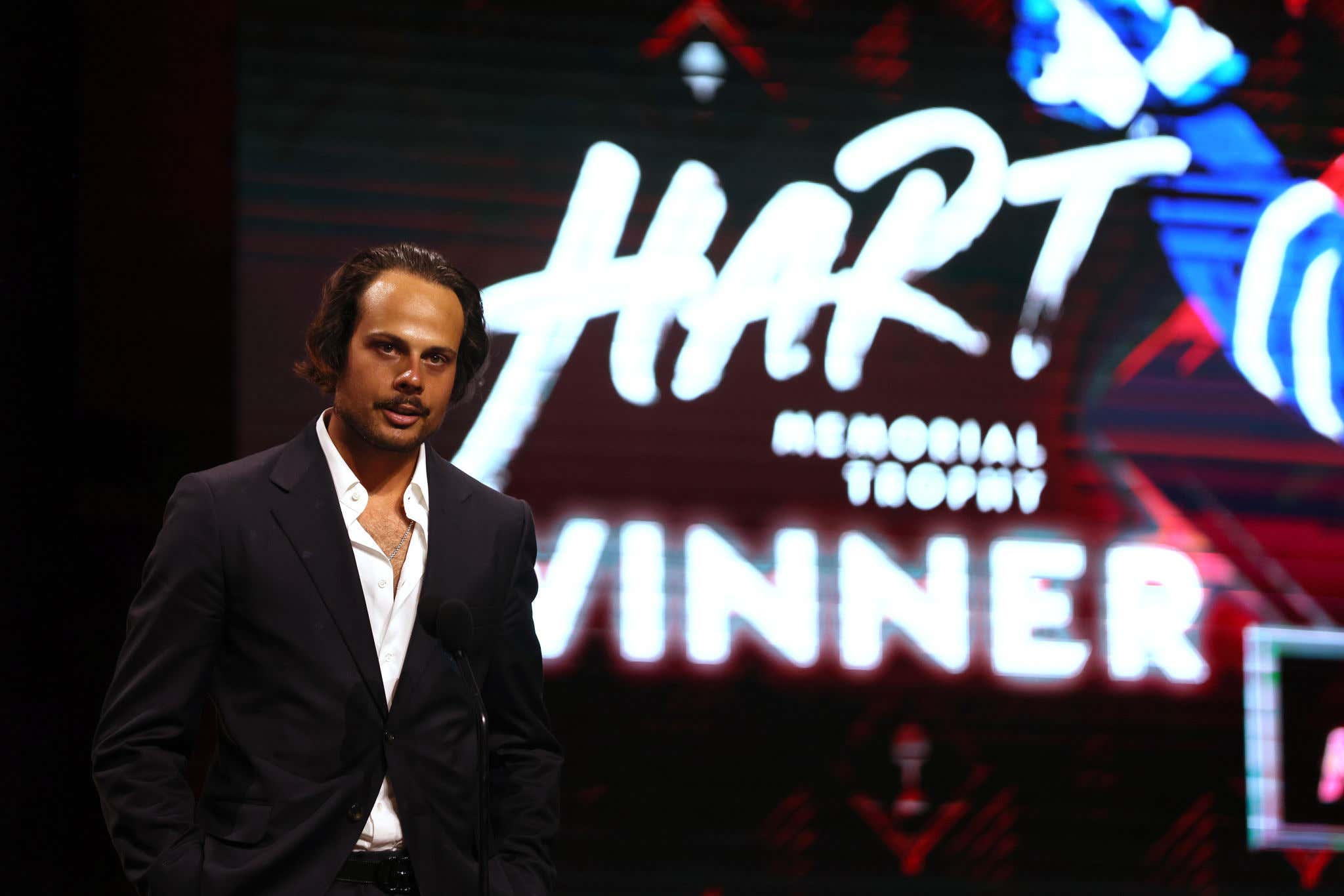 Not THAT Ted Kennedy, but I had you going did I not?? Hehehe.

On a serious note, Auston Matthews couldn't have deserved this much more. Even though the Toronto Maple Leafs had their hearts broken AGAIN in the first round of the playoffs, they at least held a 3-2 lead over the Lightning. That blown series lead also didn't detract from Matthews' stunning regular season in which he led the NHL with 60 goals.

In case you've got 12 minutes of extra time on your hands and love the Maple Leafs/Matthews/hockey in general, you can watch every single one of said goals grouped together in the following highlight reel.

I think the sport of hockey is in pretty damn decent shape given the epic Lightning-Avalanche Stanley Cup Final matchup we have going on, and the fact that the NHL's most prestigious individual award has trended extremely young of late:

Matthews is a 24-year-old scoring machine. I have a feeling the Leafs will get past the opening round of the postseason sooner rather than later with him leading the charge. Dude isn't even in his prime yet. He also took home the Ted Lindsay Award on Tuesday, which is the "most outstanding player" award as voted by the NHLPA.

PS: In case you were wondering, Ted "Teeder" Kennedy won the Hart Trophy in 1954-55 for Toronto.